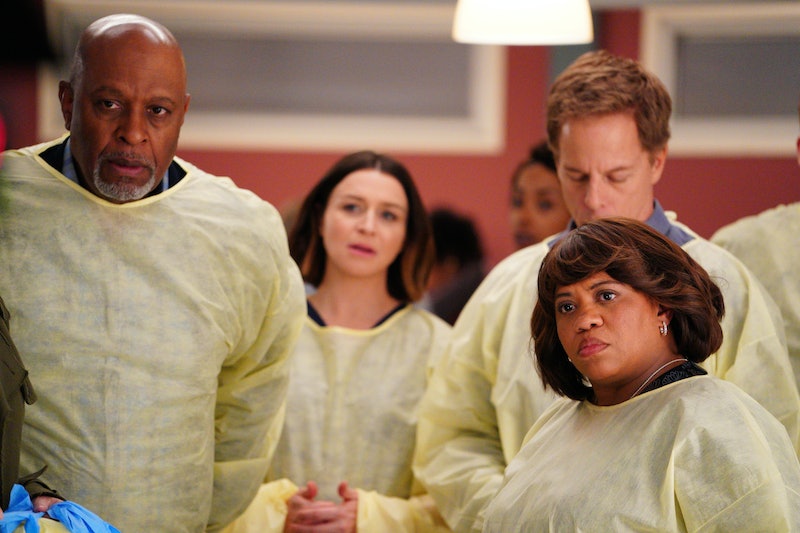 Move aside, Grey Sloan Memorial Hospital: Netflix released the trailer for Lenox Hill, a medical docuseries that’s essentially Grey’s Anatomy IRL — without the steamy sex scenes, that is. Set to debut on June 10, Lenox Hill is an eight-episode docuseries that follows four doctors from New York City’s renowned Lenox Hill Hospital as they navigate the ups and downs of their professional and personal lives. Directed by Adi Barash and Ruthie Shatz, the series will offer a rare look at the hardships of modern medicine.

In the trailer, two brain surgeons, an emergency room physician, and a chief OB-GYN resident share their stories from inside the walls of Lenox Hill as they meet with clients and performing everything from birth to brain surgery. “We deal with death and dying,” one of the doctors says. “I don’t even dare to imagine what I’m gonna encounter on any given day.” With the bleak comes the awe-inspiring, however, as another doctor says, “I think there’s such a thing as a calling. This is the space I’m supposed to be in.”

In conversation with Netflix, Shatz and Barash discussed capturing what they called the “tension between life and death, and the fragility in between” in the docuseries: “We wanted to dismantle this specific frame of thought that people have toward doctors: They are distant. They have egos. They think that they are superior,” Shatz said, according to a press release obtained by Bustle.

“All hospitals are like a microcosm of life; and regardless of where you come from, who you are, or what you believe, everybody finds themselves at the hospital at some point in their lives," Shatz continued. "It’s a place where all cultures and classes meet.” Barash added, “It was really important for us to show their humanity, and that they’re truly complex human beings and great caregivers.”

While the docuseries feels particularly urgent now, production began long before COVID-19 in April 2018 — and the directors are well aware of these added layers. “These doctors, all of the healthcare workers in the series, were heroes before the COVID-19 global pandemic, but now that message carries even more weight,” Shatz said. “This global crisis has shined a limelight on the healthcare community, the sacrifices they’re making, and the resources they need to do their jobs.” Barash added, “It adds an extra layer to what the series shows, and offers an even further extension of their humanity and heroism.”

More like this
This New Dating Show Is Netflix's Answer To 'Bachelor In Paradise'
By Grace Wehniainen
Everything To Know About 'Selling The OC' Season 2
By Brad Witter
Love Is Blind’s Natalie Claims Shayne Signed Up For 'Perfect Match' While They Were “Still Together”
By Brad Witter
'Love Is Blind: After The Altar' Season 3 Has A Release Date & It's Very Soon
By Grace Wehniainen
Get Even More From Bustle — Sign Up For The Newsletter
From hair trends to relationship advice, our daily newsletter has everything you need to sound like a person who’s on TikTok, even if you aren’t.