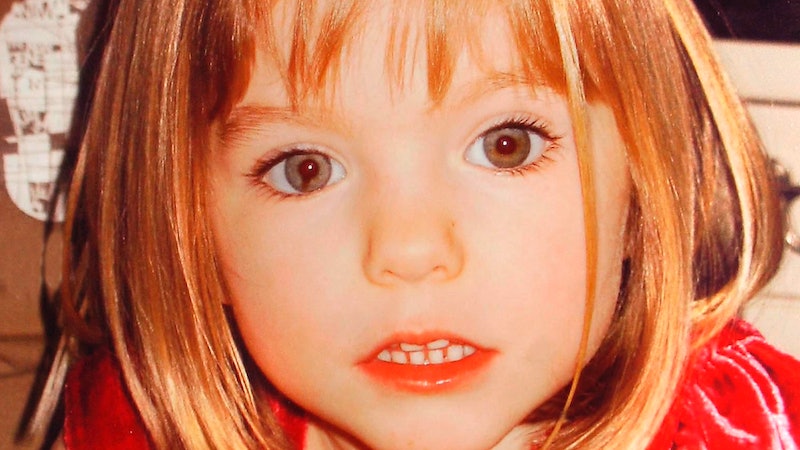 After weeks of speculation and rumours, Netflix has finally confirmed that a Madeline McCann documentary is coming to their platform. According to a statement sent to Bustle UK from the streaming platform, the documentary will be available to watch from Friday (March 15). Titled The Disappearance of Madeleine McCann, the eight-part series will provide a detailed insight into Madeleine's disappearance by blending new interviews and previously unseen testimonies to go "beyond the headlines" and focus on "the facts of the case as well as its impact on media standards around the world."

It seems as though director Chris Smith (Fyre: The Greatest Party That Never Happened) will be taking a very detailed approach into the disappearance, which occurred on May 3, 2007, when three-year-old Madeleine was taken from the holiday apartment that her parents were renting in Praia de Luz, Portugal, while on holiday, reports the BBC.

With 120 hours of new and existing interviews from investigators who worked on the case and "those who became the subject of media speculation and rumour," there will also be a lot of information in this Netflix documentary the public will have never have heard or seen before.

While the series will document the case largely through interviews, archival news footage, and evidence gathered during the investigation, it will also feature dramatic re-enactments of what allegedly took place that will presumably illustrate what could have happened to Madeleine, and how that compares to statements and interviews given at the time of her disappearance.

Judging by the trailer, the series will also explore what may have ultimately happened to Madeleine, including the possibility that she could have become a victim of human trafficking. It may also delve into the question of whether or not Madeleine's parents were involved in her disappearance, which is a theory some people have put forward, as the Independent reports.

According to the Mirror, the documentary was originally set to be released in 2018 but ended up being delayed "after the team decided it wasn't ready yet." This also could have been down to Madeleine's parents, Kate and Gerry McCann, who believe that the documentary could hinder the ongoing police investigation into their daughter's disappearance, as the BBC reports. The investigation is being conducted by Scotland Yard, who launched Operation Grange in 2013 "after a Portuguese inquiry failed to make any headway." Last November, a further £150,000 was to Operation Grange, which will continue until the end of this month (March 31), the BBC reports.

"We are aware that Netflix are planning to screen a documentary in March 2019 about Madeline's disappearance. The production company told us that they were making a documentary and asked us to participate," a statement from the parents read, the BBC reports. The statement continued:

"We did not see — and still do not see — how this programme will help the search for Madeleine and, particularly given there is an active police investigation, it could potentially hinder it. Consequently, our views and preferences are not reflected in the programme. We will not be making any further statements or giving interviews regarding this programme."

You can stream The Disappearance of Madeleine McCann on Netflix from tomorrow (Friday, March 15).