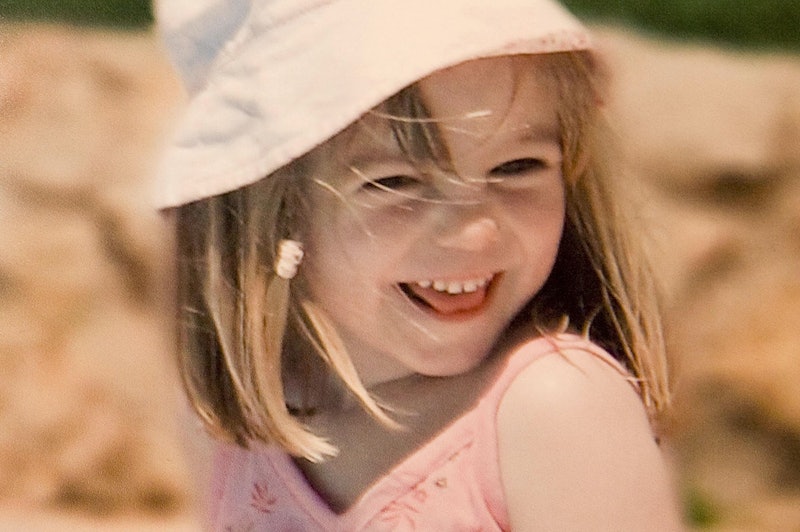 Arguably one of the most famous missing-persons cases in UK history, the disappearance of Madeleine McCann has captivated people's attention for decades. Ever since she was last seen in her family's holiday apartment in Praia da Luz, Portugal, the nation has never stopped wondering exactly what happened. While there have been countless documentaries exploring Madeleine's disappearance from news outlets and other content creators, rumours have begun to circulate that another platform will be delving into the investigation too. So, are Netflix doing a Madeleine McCann documentary?

Update: In a statement sent to Bustle, Netflix has confirmed that an eight-part documentary series called The Disappearance of Madeleine McCann will launch on their platform on Friday, March 15, 2019.

Previously: From what I can gather, there hasn't actually been an official announcement from Netflix regarding the documentary or its release. I've reached out to representatives for both Netflix and the film's reported production company, Pulse Films, but have yet to receive a reply. When I hear something, I will let you know.

It seems the reports about Netflix producing a Madeleine McCann stem from an article in the Daily Mail, after a source (reportedly a friend of the McCann's) revealed that the film was initially meant to be released last year, "but the project took them a lot longer than expected."

The source continued: "They had been wanting to string it out over eight episodes but it may now be a one or two parter." What's also interesting to note is that this source mentioned that the film was set to be a "seralised drama" rather than a documentary, which may mean that the documentary could end up more like Netflix's crime drama Mindhunter, which is based on true crime investigations undertaken by FBI special agent John E. Douglas and author Mark Olshaker, but with added fictionalisation. Regardless, the source believed that the production could be released "within the next two weeks and before the next anniversary [of Madeleine's disappearance]," which is in May.

Entertainment site Deadline have also implied that this documentary is indeed in the works, as the site suggested that former Channel 4 commissioner Emma Cooper "landed an eight-part true-crime series" investigating Madeleine's disappearance, and that the documentary is being "made in association with Viacom-owned Hollywood studio Paramount Television."

According to the Daily Mail, the yet untitled documentary will include interviews with journalists who have covered the case, residents of the village where the McCann's lived, investigators, and other "key figures" who were part of the case. Kate and Gerry McCann were not interviewed, however, as a source "close to the movie makers" informed the Daily Mail that Madeleine's parents "wouldn't consider taking part while a police investigation into their daughter's abduction is ongoing."

This comes after recent news that a request had been put through by the Metropolitan Police to extend the search into March 2020 after Scotland Yard "was given £150,000 to continue the investigation last October," as the Independent reports. While the Met "refused to comment" on this request, the Home Office confirmed this extension but "declined to quantify it," according to the publication.

As to whether or not this documentary or crime-drama series will take place, we cannot be sure yet. But if you're interested in seeing the show, watch this space.