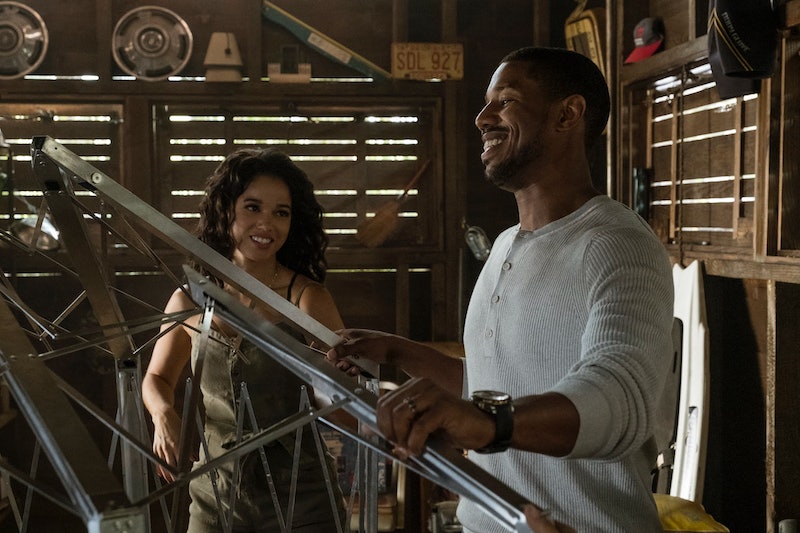 If you've been wanting more Michael B. Jordan in your life, then here you go. Netflix's Raising Dion trailer dropped Wednesday and it's a must-watch. Superhero fans will definitely be intrigued by the latest teaser telling the story of little boy Dion Warren (Ja'Siah Young), who develops mysterious superpowers. You know what else is a mystery? The death of Jordan's character, Mark, a scientist and Dion's father.

As you can watch below, the trailer shows the journey of Dion and his mother, Nicole Warren, who is played by Shadowhunters' Alisha Wainwright. Mark is no longer in the picture after dying under mysterious circumstances. Don't worry, according to Entertainment Weekly, Jordan will recur as Mark in the nine-episode series that's based on Dennis Liu and Jason Piperberg's comic book. Jordan also serves as an executive producer on the project.

The trailer makes it very clear that Dion and Nicole have an extremely close mother-son relationship, but that becomes tested when Dion's telekinesis powers manifest. Nicole, along with Mark's friend Pat (played by Jason Ritter), try to keep Dion's powers a secret. Like Pat tells Nicole in the trailer, "How long do you think you can keep this up? The government is tracking people who have superpowers." Between Mark's death, Dion's gift, and the government, there's a lot going on in the trailer. All of it looks captivating.

The Netflix series was first announced in early October 2017 and now two years later it's finally dropping on Netflix on Oct. 4. For Wainwright, she told EW that Raising Dion immediately got her attention. "You come across so many superhero stories that usually are from the perspective of the person inflicted with the powers," she said. "It was so refreshing to hear the story from the person whose life is so dramatically affected by that: the caregiver of that young person."

Raising Dion will most certainly make an impact with its diverse storytelling and cast. When the series was first announced, Liu said in a statement (via TVLine), "I started this project many years ago because I wanted to see more diverse representation on film and television and I'm excited to partner with Netflix, who I know shares that commitment." Liu continued, "More than ever, we need more stories told from different points of view and my hope with 'Raising Dion' is to create a cinematic experience for all families that will lift your spirits and make you laugh and cry."

One might even say Raising Dion is a dream come true for Jordan. While chatting with Vanity Fair in October 2018, Jordan opened up about wanting to create stories about black characters. "I’m first and foremost a black man, for sure, but what I’m trying to do, and what I’m trying to represent and build, is universal," he said. Later in the interview, the Black Panther star said, "We don’t have any mythology, black mythology, or folklore. Creating our own mythology is very important because it helps dream. You help people dream."

Based purely on the trailer, the cast, the action, the story, the superpowers, the mystery, and the heart all shine through. Raising Dion already looks like a hit and a series that many will be able to identify with as they watch.