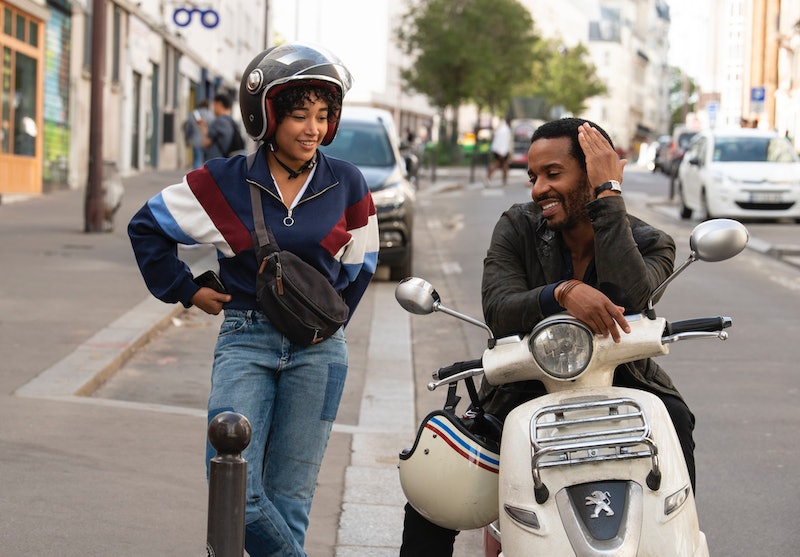 From the City of Stars to the City of Lights: La La Land director Damien Chazelle is taking fans to France in Netflix’s trailer for The Eddy. Set in modern-day Paris, The Eddy is an upcoming eight-episode limited series that follows Elliot Udo (André Holland), a musician from New York who owns a small, struggling jazz club called The Eddy. As he struggles to keep the club afloat and deal with problems from his past, Elliot learns that his partner is involved in questionable business practices. The musical drama — “interspersed with dynamic and uplifting performances” — highlights music’s power to “heal, unite and turn chaos into beauty,” per its synopsis.

Set to premiere on May 8, The Eddy also stars Amandla Stenberg, Joanna Kulig, Leila Bekhti, and Tahar Rahim. The trailer unveiled on Tuesday, April 14, is full of La La Land and Whiplash influences — think the stress of Whiplash and the jazzy-fantasy of La La Land — as Elliot deals with the chaos of managing the club. While it starts off glamorous enough, with jazz bands and performers and possible love interests galore, things take a turn when Elliott discovers the club is deep in debt. In the clip, Stenberg is also introduced as Elliott’s New York-based daughter who asks him to return home. “New York isn’t my home anymore,” he says.

Netflix’s The Eddy is Chazelle’s first follow-up project since 2016’s La La Land, the drama musical film that starred Ryan Gosling and Emma Stone as a jazz pianist and aspiring actress, respectively, who fall in love while pursuing their dreams in Hollywood. The recurring theme of jazz in The Eddy should come as no surprise given Chazelle’s affinity for the genre. “On a personal level jazz is important, has always been important, and will always be important to me,” he told Vulture in 2016. “I grew up playing it and having it in the household."

In addition to the jazz, Chazelle was inspired to create the show after living in Paris. “I think that a lot of times when you say the words ‘jazz’ and ‘Paris’ together people assume an older version of the city or the music, and we wanted to put it in a modern context,” Chazelle said in a statement. "The Eddy is a musical oasis for different kinds of people, all of whom are struggling with lives outside of this club, but when they come in here, the idea is that they find a universal language that they can share no matter where they come from."