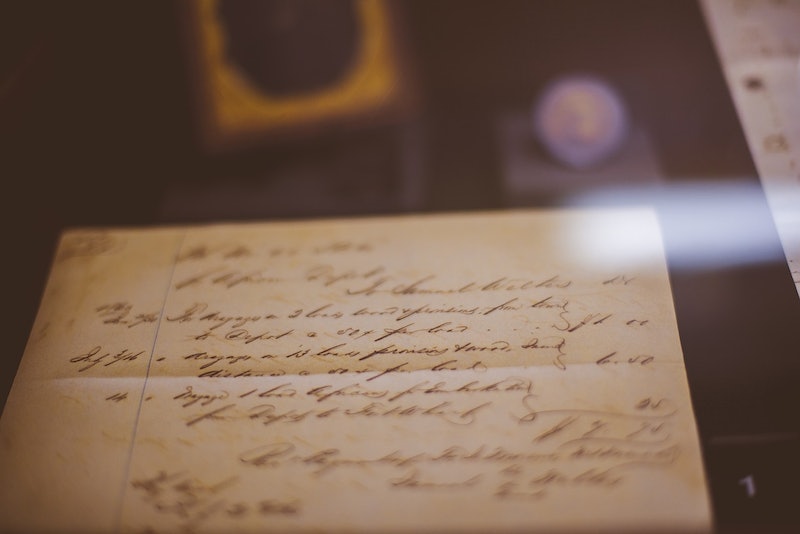 Written on a carbon paper, hidden for the last half century at the back of an old notebook, are two previously unknown Sylvia Plath poems — and they've just been discovered at last. Academics Gail Crowther and Peter K Steinberg discovered the paper while researching for a new book — and using Photoshop to enhance the image, they were able to decipher two poems by the Bell Jar author that have never been read before. Crowther says that Plath had "not quite found her Ariel voice" when she was writing these, but nonetheless, Steinberg described the poems as "beautiful."

On the carbon paper, Plath had typed up the table of contents for her husband Ted Hughes' poetry collection The Hawk in the Rain, two of her own now-published poems, 'The Shrike' and 'Natural History,' and then two never-seen-before poems: 'To a Refractory Santa Claus' and 'Megrims.' Steinberg also speculates that it's highly likely that improved technology in the future will reveal a third unpublished poem on this page — um, can that technology hurry up and get invented soon?

'To a Refractory Santa Claus' is about the weather in Spain, in contrast to the bitter English winter that Plath so hated after moving from the U.S. Both academics agreed that the imagery in this poem is "spectacular," even if the poem isn't quite up to the standard of Plath's later, published work.

The second poem, 'Megrims,' is a monologue addressed to a doctor by a paranoid speaker, about a series of "irregular incidents" they've experienced. The title 'Megrims' is another word for depression or low spirits, and so this poem foreshadows Plath's later work, most notably The Bell Jar.

Alongside this discovery, Crowther also uncovered a previously unseen poem from Ted Hughes, detailing his imagination of his wife's final hours. The poem has no title, and within it, Hughes torments himself for the role he played in his wife's isolation. The poignant first line reads "I know you walked in the snow alone."

These newly discovered works, along with the recently discovered letters that reveal Ted Hughes abused Sylvia Plath before she suffered a miscarriage, add to the tragic picture we have of Plath — and Steinberg believes there is still more to find.