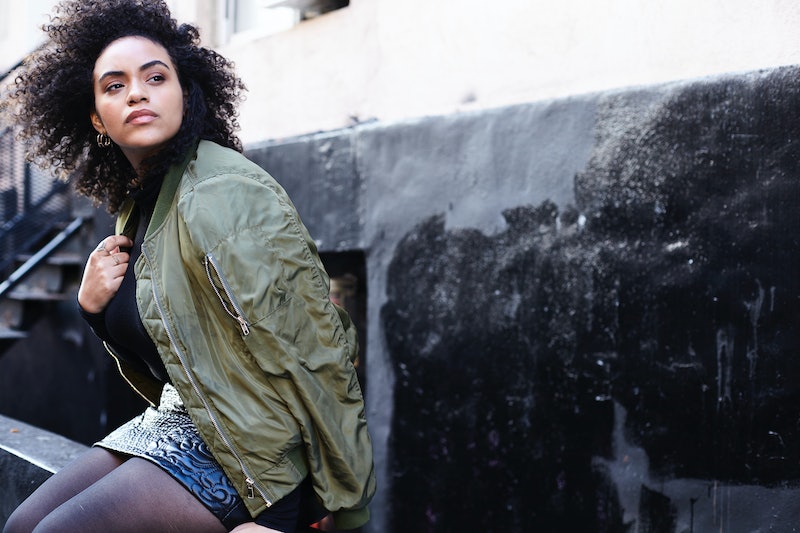 As time draws nearer to ring in the New Year, are you getting a sinking feeling in your gut that you’re missing something? Like you forgot some important detail about your outfit or tonight’s party? Or maybe the idea of getting dressed up and spending the night in a crowded bar is stressful, but not as stressful as the idea of staying in and having FOMO would be. Lots of people experience New Year’s Eve anxiety, which is this overwhelming feeling that Dec. 31 has to be the most fun night of the year, according to InStyle.

New Year’s Eve can be so anxiety-inducing because, well, it’s the last night of the year and the start of a whole new one. Even if you know that technically, tonight's not any different from any other night, it still can feel like you’re ending one chapter in your life and preparing to pen the next. But when you look at it that way, that’s kind of a lot of pressure to put on one night out of your whole life, right? But it's still why so many people may think they need to make New Year’s Eve a blowout night — and have anxiety around that expectation.

“When people experience anxiety about New Year’s Eve, it’s because they have some kind of irrational and unhelpful thought about the night,” psychologist Danielle Keenan-Miller, told InStyle. “Those thoughts might be things like ‘This has to be my most fun night of the year’ or … ‘If I don’t have an amazing time, that will be a bad sign about the year ahead.’” It's also possible to feel anxiety around having that expectation in and of itself — why should I care about tonight so much, anyway?

"The best way to combat New Year’s Eve anxiety is to identify the thoughts underneath the anxiety,” Keenan-Miller told InStyle. Are you anxious about seeing people kiss because you just went through a breakup? Are you worried about being around a crowd of people because you have social anxiety? Once you identify the underlying thoughts causing your anxiety, says InStyle, you can plan a New Year’s Eve that is much less anxiety-inducing.

If you’re feeling anxious about New Year’s Eve, try to reframe your expectations for the night, Essie Flore writing for The Mighty suggests. New Year’s Eve is just a night — like any other night. But if you want to have a good time, The Mighty recommends having a good time your way. That means if loud parties aren’t your thing, don’t pressure yourself into going to one (but if they are your thing, you do you).

Think about what would make New Year’s Eve a great night for you, whether that’s a quiet night in, seeing a movie, or grabbing drinks with a couple of friends. And you don’t have to stay out until midnight if you don’t want to, says The Mighty. Just remember that whatever your fun night looks like, it doesn’t have to be perfect. As long as you have fun, that’s all that matters.

If you’re feeling anxious, take a deep breath and remember that you are in control of your New Year’s Eve. You have the right to say no to anything you don’t feel comfortable doing and can steer your New Year’s Eve any direction you want it to go.

More like this
14 Last-Minute Halloween Costumes That Only Require A Flannel Shirt
By Kirsten Nunez
How To Dress Up As A ‘Squid Game’ Character For Halloween
By Emma Carey
This Psychological Effect Might Be Keeping You From Hitting Your Goals
By Lexi Inks
26 Ghost Story Podcasts To Get You Ready For Halloween
By Jessica Booth, Mia Mercado, JR Thorpe and Emma Carey
Get Even More From Bustle — Sign Up For The Newsletter