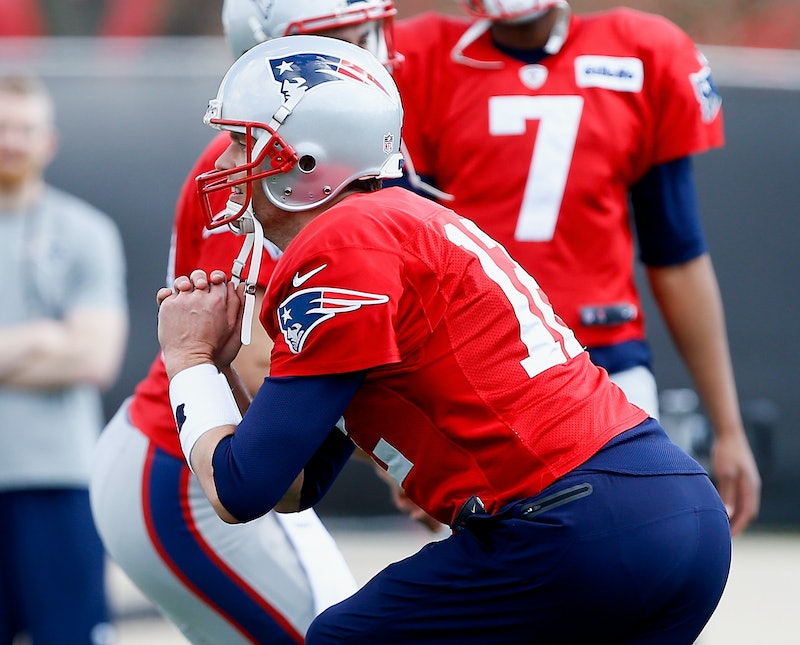 Super Bowl Sunday is fast approaching, and whether you choose to tune in for the football or the big-budget commercials (I don't judge), the new NFL Bad Lip Reading for the 2017 season will get you pumped for the championship. This year's compilation of footage, hilariously dubbed by the comedic master behind the YouTube channel Bad Lip Reading, does not disappoint. All your favorite players are featured, including Tom Brady, Aaron Rogers, and Eli Manning — and, trust me, no one is spared from the ridiculousness. By the time the Patriots finally face the Atlanta Falcons on Feb. 5, everyone will be wishing the actual Super Bowl could be dubbed this way. Well, a girl can dream, right?

BLR has lampooned the NFL for four years now, expertly putting nonsensical phrases into the mouths of players, coaches, broadcasters, and refs as an annual Super Bowl tradition. The channel, which has nearly six million subscribers to date, gained viral status during the 2012 presidential elections, and has overdubbed everything from music videos and award shows, to movies and popular TV. The latest NFL BLR installment hit YouTube Wednesday, Feb. 1 and has already racked up over 2.5 million views.

We can all use a laugh these days, and BLR is putting out some very funny content as of late. It's difficult to believe that nary a week ago we were laughing until we cried (or, y'know, maybe just crying) at the Bad Lip Reading video of Inauguration Day. They hit the nail on the head when Donald Trump turned to the camera and said, simply, "Help." It was good stuff.

You don't have to be a football fan know anything about the actual game to enjoy BLR's NFL compilation, and it is definitely worth a watch before you dig into those wings and seven-layer dip. The latest video gets off to an amazing start with some very close hugs, and a coach apparently without literary inclinations seeming to mention casually, "I got books on the shelf, but who reads?"

The first moment that will have you on the floor comes early when Tom Brady, in a huddle accuses his teammates of stealing, appears to shout, "Somebody took the nickels out of my dang locker!" Why the Bad Lip Reading version of Tom Brady had so many nickels, we will never know.

There are also some very encouraging words from a coach that go against traditional football logic:

Of course, it's impossible to list all the hilarious moments, so I would definitely recommend watching the whole six-minute video. If nothing else, the overdubbing of the players' pre-filmed intros are worth it. Tom Brady faces the camera and seems to say, "I'm pretty and pushy," while Carolina Panthers tackle Mike Remmers appears to threaten, "You'll pay for this in Odin's name." But sometimes, the best lines are the silliest:

And did I mention the close hugs? Well, they're dubbed too!

You can watch the entire brilliant video here:

Now will someone please give Tom Brady back his nickels?!