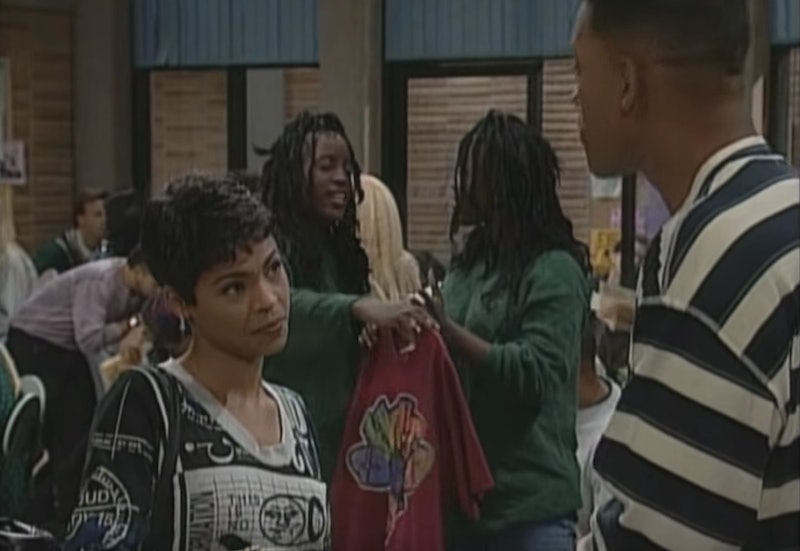 In the early '90s, Nia Long rose to fame after starring in the coming-of-age drama film Boyz In The Hood, in addition to a variety of other Hollywood blockbusters. But, it was her TV role as Lisa Wilkes in the '90s comedy The Fresh Prince Of Bel-Air that really cemented her in the hearts of many. According to Long, her arc on The Fresh Prince marked the beginning of a memorable professional relationship and personal friendship with star Will Smith, in addition to serving as her own breakout moment.

"Will Smith is a comedic genius," Long says, speaking over the phone in January. "Will and I have a very special friendship because of that show and I've learned so much [as an actor] from him."

This learning experience was crucial to Long, particularly because it came at a time when her career was just taking off. "I was young and I was new, and I was starting my career. I was just happy to have a job. I was just happy to get a chance," Long says. "I was also excited to be doing a show with the guy that sang 'Summertime.' Will and [DJ] JazzyJeff, they were iconic to me. [Being on the show was] the beginning of so many wonderful things that happened in my life and in my career."

Long's Fresh Prince character Lisa is remembered as being one of the only girlfriends who could get goofy, playboy Will to settle down. First introduced in the beginning of Season 5, Lisa was soon in a committed relationship with Will. They even walked down the aisle twice, though the couple never actually tied the knot.

The show ran for six seasons and is still all over TV in syndication — 28 years after The Fresh Prince first premiered. The Banks family has endured in pop culture, and Long has a good idea why. According to her, the show centered around a black family that was depicted in a very different way than others on TV.

"Honestly, I think that The Fresh Prince Of Bel-Air was the hottest show on TV at that time," Long says. "That was like, you know, the first time black people were able to see a black family on television really laugh." Will, Ashley, Carlton, Hillary, Uncle Phil, Aunt Vivian, and even Geoffrey made an undeniable impact. "They were funny. They were smart. They were rich. And they were simply beautiful to look at," Long says.

That's why Long says, that if she could go back in time and choose to be a part of any other '90s show, she'd pick The Fresh Prince all over again. Although, she notes that she didn't pick really the show or the role — instead, it picked her. "Either way I would be lying to you if I said there was another choice," Long says.

In addition to Long, Tyra Banks, Queen Latifah, Tisha Campbell-Martin, Stacey Dash, and other famous names all had stints on The Fresh Prince playing a love interest of Will's. But while many fans think of Lisa as their favorite guest star, Long remains neutral about her character's influence.

"I think [Lisa] had a special moment with Will. But I don't know that she was any hotter than the next girl," Long says. "I just know that I did what I did, and [the other actors] did what they did. I'll always give other actresses respect for what they do, because we all have a different approach to the craft. And I enjoyed watching them all."

It's been nearly 22 years since The Fresh Prince Of Bel-Air left the airwaves (besides those ever-present reruns), but Long still has fond memories of her experience and pride for how the show changed television.