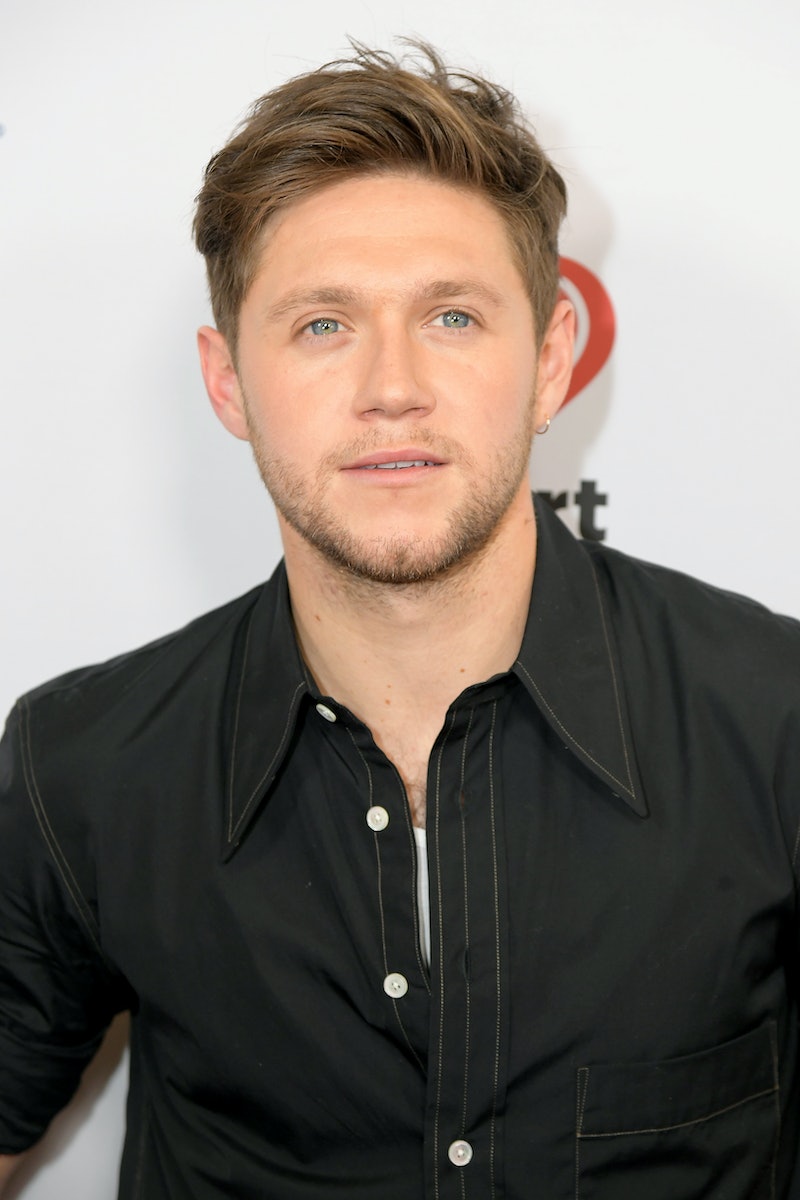 Lizzo is 100% that pickup artist. Niall Horan revealed that Lizzo used a pickup line on him that made him blush. The former One Direction member appeared on The Tonight Show Starring Jimmy Fallon on Friday to discuss his sophomore album, set to debut sometime in spring of next year, and a recent “flirt fest” with the “Juice” singer at a radio station in London. When the two first met, the “Nice to Meet Ya” singer told the rapper that he was a fan of her work, which, in turn, prompted Lizzo to deliver a NSFW remark.

“Someone said, ‘Lizzo’s here! She’d love to meet you,’” Horan told Fallon. “So we’re passing in the corridor. I was like, ‘Lovely to meet you!’ I gave her a big hug [and said] ‘Your voice is incredible. Your songs are amazing. You’re absolutely smashing it.’ And literally, without missing a beat, she just went, ‘You can smash this!'”

Horan continued, “I actually started blushing myself.” The exchange seemingly occurred when the two visited KISS FM UK in November. Lizzo confirmed the anecdote on an appearance on KISS Breakfast with host Tom Green. In a “Liar Liar” game segment, Green had to guess whether Lizzo told Horan, Ed Sheeran, or Shawn Mendes that she “wanted to smash.” Lizzo revealed the encounter occurred with Horan, who she had just met that day, after Green incorrectly guessed Mendes.

“There’s only one direction that I’m going in,” Lizzo said when asked for the correct answer. She added, “It was funny. It was in passing. He was so cute. I didn’t expect him to be so cute in person, too.” When asked if she “pretended she was joking” when she “wasn’t really joking,” Lizzo laughed and said, “It’s one of those like, ‘I’m just playing, unless you’re gonna do it.’”

On the heels of his Tonight Show anecdote about the flirtatious encounter, Horan reunited with Lizzo later that night at the 2019 iHeartRadio Jingle Ball at Madison Square Garden in New York on Friday. The two were all smiles as they shared a hug on the red carpet. At the event, Horan performed his newest single “Nice to Meet Ya,” as well as tracks from his 2017 debut album Flicker, such as “Slow Hands,” “Too Much to Ask,” “This Town,” and “On the Loose.” Lizzo also took the stage to perform her hits “Tempo,” “Good as Hell,” “Cuz I Love You,” and “Truth Hurts” from her 2019 album Cuz I Love You.

Could a Niall Horan and Lizzo collaboration be on the horizon? It would certainly be a... smash.

More like this
Megan Thee Stallion Actually Auditioned To Be This 'P-Valley' Main Character
By Radhika Menon
An Ultimate Guide To The Music Of 'Rap Sh!t'
By Brad Witter
How Lady Gaga & Adele Are Closer To The EGOT All Of A Sudden
By Jake Viswanath
Demi Lovato Said Her Dream Music Collaboration Is Hayley Williams
By Grace Wehniainen
Get Even More From Bustle — Sign Up For The Newsletter