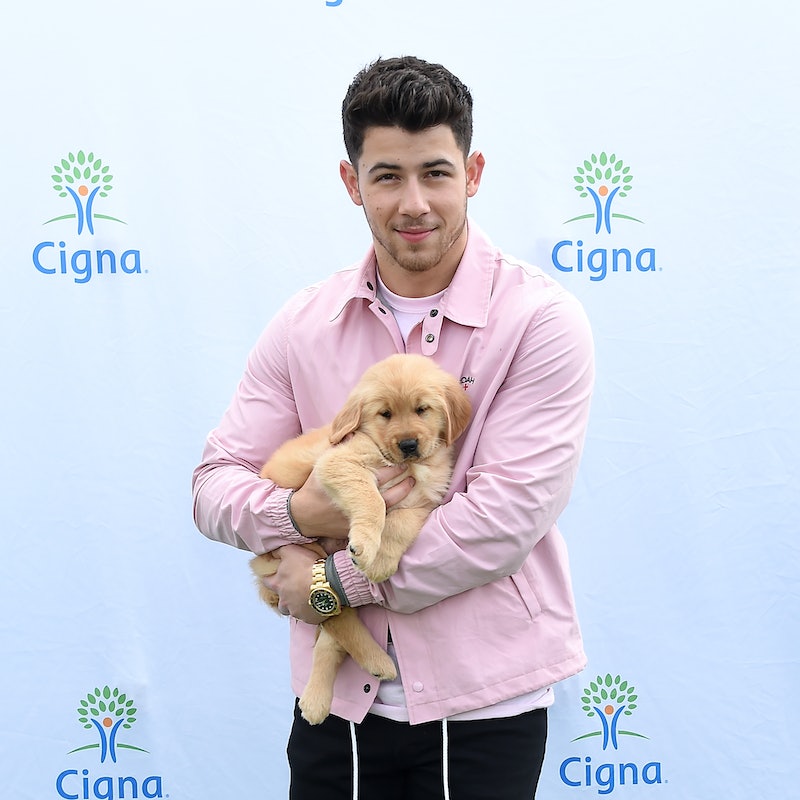 The Jonas Brothers are back together with a brand-new single, "Sucker," which was released in late February. In an interview with Bustle, Nick Jonas hints that a Jonas Brothers tour — or more live performances from the Jonas Brothers — could be happening sometime in 2019. "The main thing for us is just getting back in front of our fans and doing some live shows," he says, while promoting his partnership with Cigna and the global health service company's Health Improvement Tour in Los Angeles. "So hopefully later on this year, we’ll get back out on the road and play some of this new music."

It's not the first time the singer has publicly mentioned his desire to perform live again with the JoBros. During the Jonas Brothers' Carpool Karaoke segment on The Late Late Show With James Corden on March 7, Nick said that their song "Love Bug" was one that he was "so excited to play" for a live concert audience again; his brothers Joe and Kevin agreed. The band had their first concert back together — a surprise live performance at The Box Theater in NYC — on March 1, right after "Sucker" dropped on Feb. 28. So it sounds like a Jonas Brothers tour is only a matter of time.

And the band will have plenty of new songs to perform. Nick confirms to Bustle that the Jonas Brothers have about 30-40 new songs that "we’re really excited about and can’t wait to share with the world," he says.

But for now, Nick says that he, Kevin, and Joe are just enjoying being back together as a band and taking in the fan response to the reunion. "It’s an incredible experience getting back with my brothers and seeing the reaction from the world," Nick says. "It’s been overwhelming and really incredible. We’re kind of waking up each day not believing that it’s real."

The joyous recent reunion comes after the Jonas Brothers disbanded in 2013. Nick released a self-titled album in 2014, which contained the hit singles "Chains" and "Jealous" — but going solo wasn't as easyas it may have looked. "I think that a real clear moment for me in understanding that your physical health is affected by your emotional state was just when I first broke off solo," he says. "Balancing that sort of loneliness and those feelings of starting a new chapter and not knowing what was coming. I’m really thankful that I was in a spot I have a support system around me to explain it to me that they all were connected, that I was going to be in better health emotionally as well."

And that's why the singer is promoting another kind of tour in Los Angeles — Cigna's Health Improvement Tour (you've probably seen the commercial where he holds an adorable puppy). The singer has partnered with the global health service company on an initiative that encourages annual check-ups for physical and emotional well-being. It's a cause close to Nick's heart —just live like performing live.

More like this
Christina Perri Had No Idea Her 'Twilight' Song Is On YouTube's Top 100 Chart
By Radhika Menon
Now That 'Renaissance' Is Here, Let’s Revisit Beyoncé’s First Solo Album From 2003
By Grace Wehniainen
At 14, Melissa Barrera Was Planning Her Quinceañera & Falling In Love With Musical Theater
By Gabrielle Bondi
Gabby & Rachel Reveal How That 'Bachelorette' Rose Ceremony Twist Happened
By Grace Wehniainen
Get Even More From Bustle — Sign Up For The Newsletter