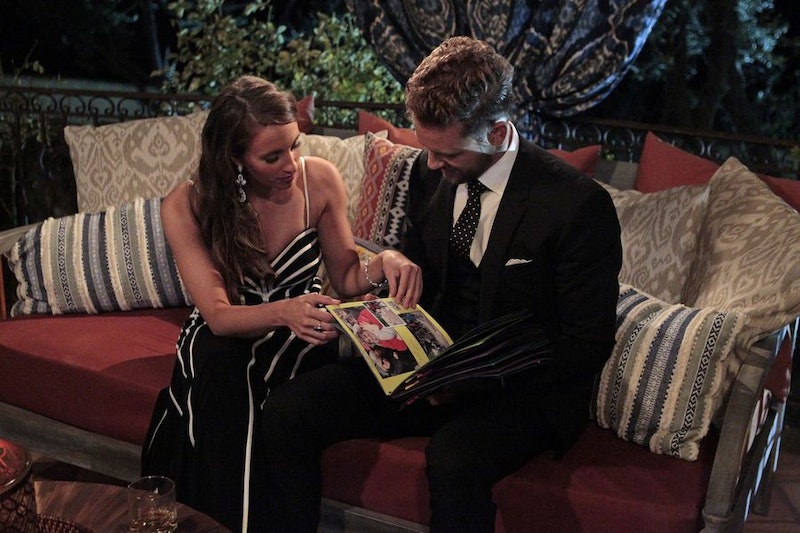 I know there have only been a few episodes of The Bachelor so far this season, but I have to confess that I am officially in love with Vanessa and if Nick doesn't propose to her, I will. And after seeing their first one-on-one date on Monday night's new episode? I'm even more convinced that she is amazing, and it looks like Nick is starting to feel the same way. On The Bachelor, Nick and Vanessa connected on a totally real level, and while they were hanging out, it seemed way less like they were in a reality show and way more like they were out in the real world, away from the cameras.

Oh, and by the way, their date activity was a really good choice, so props to the producers. They got to experience a zero gravity plane, tumbling around like astronauts would, and it was a cute, fun chance for them to spend time together, just the two of them. And then when they followed it up with dinner and conversation, it became pretty clear that these two have some serious chemistry. It was like witnessing the definition of an awesome first date. Vanessa even forgot that a rose was up for grabs. How perfect is that?!

And, obviously, Nick decided to give her the rose, because how could he not after how wonderful that date was? We see a lot of crazy things on The Bachelor, and don't get me wrong, that's a huge part of why I love this show. But to see the two of them have a genuine, real connection with each other like this was so cool, and the next time anyone tries to tell me reality show love is all fake, I'm going to show them this date so they will eat their words.

It's still early in the season so I reserve the right to change my mind, but for now, I'm rooting for Vanessa and Nick. There are a lot of amazing women on the show this season, but so far, Vanessa's definitely my pick.