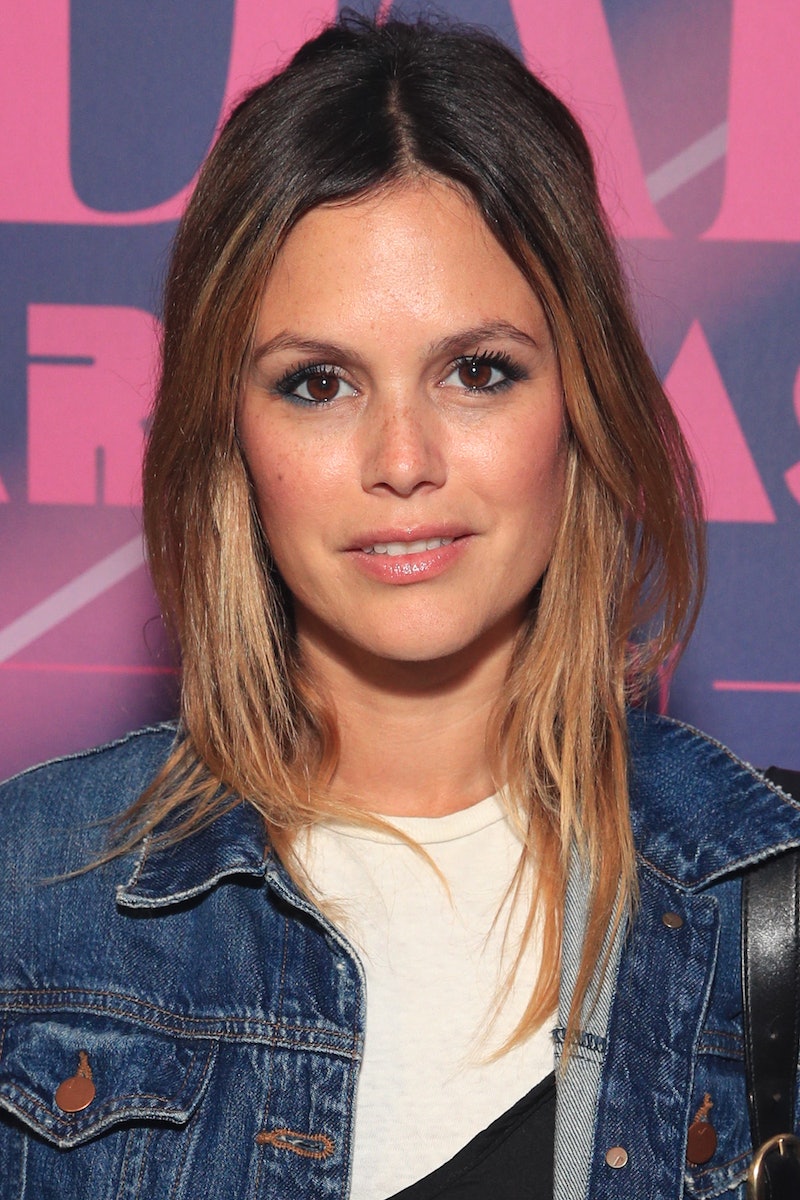 Well, this is definitely an interesting development. After attempting to find love on reality TV, it looks like this former Bachelor star may be in a new relationship. There are rumors going around that Nick Viall and Rachel Bilson are dating — yes, Summer Roberts from The O.C. — and there's definitely been a bit of flirtation happening on Instagram. (Bustle has reached out to both Viall and Bilson's reps, but did not receive a response at the time of publication.)

The evidence is truly starting to stack up, and most of it is because of Viall and Bilson's social media activity. It seems to have started with Bilson joining Viall on his podcast, The Viall Files, back in July, and now, the rumors seem to be gaining some steam. Because let's face it: Thanks to social media, it's easier than ever to see what your favorite celebrities are up to on their off time... and now, it seems what Viall and Bilson are up to is making their followers super curious with the way they interact on each other's posts.

As Cosmo pointed out, Nick's been leaving all kinds of flirty comments on Bilson's photos... and they all have to do with the background of wherever she's at. Exhibit A: Bilson posted this photo, and Viall commented with "nice mountains."

When Bilson shared the photo below, Viall commented, "nice foliage."

And on this one, he commented, "cute dress."

These comments all seem kinda innocent and friendly, but there's a chance they actually mean something a little more — especially since the rumors about Viall's reported relationship with January Jones last year began with Instagram comments springing up here and there.

And the Instagram flirtation definitely isn't one-sided. When Bilson was on his podcast, Viall shared a photo of them together in the studio, as he typically does no matter who the guest happens to be each episode. But his caption — and her comment — are where things get a bit suspicious.

Viall alluded to the Fantasy Suite, writing, "Will we choose to forgo our individual rooms..." and Bilson commented, "he slid into her... dms #sheaccepted."

That might be the most telling clue of all — these aren't necessarily friendly comments, so maybe they're hinting that something's going on behind the scenes that none of us are privy to quite yet.

There's also the fact that Bilson is a fan of The Bachelor franchise in general, which means she was probably pretty psyched to meet Viall in the first place. While talking to Entertainment Tonight in August, Bilson shared her thoughts on the ending of Hannah Brown's Bachelorette season. "I will say, pre-the-finale airing, I was hoping that Tyler was going to be the Bachelor, but I feel like Tyler will be just fine. I don't think he needs to go that route," she said. "It was super entertaining, and I kind of think that Hannah should be the Bachelorette again. I feel like she deserves another season."

Only time will tell if Bilson and Viall turn out to be an actual couple, but for fans who are already shipping this relationship, there are plenty of reasons to hold onto hope.