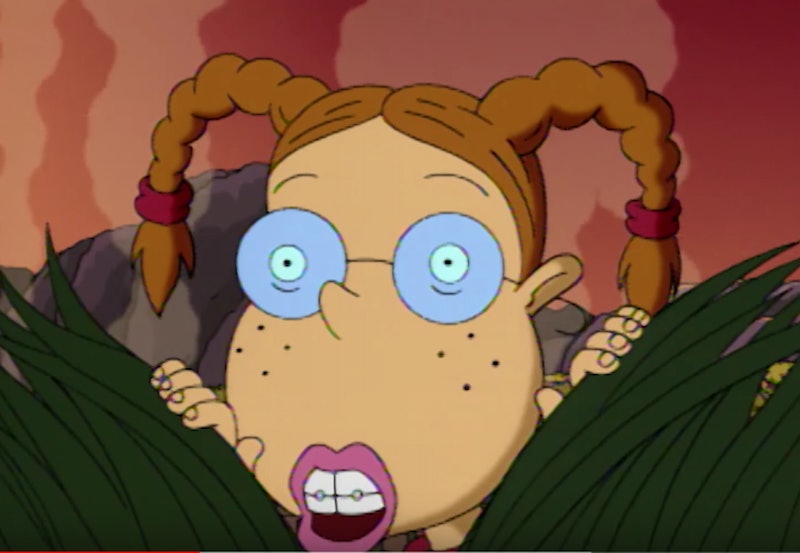 If you love old school Nickelodeon, then your online TV streaming is about to get a major upgrade. For the first time, Nickelodeon has bundled a group of shows for digital distribution, with a new NickSplat channel on the streaming network VRV. The streaming channel will allow users to access a selection of 300 episodes of classic Nickelodeon shows from the '90s to stream on VRV, and it will surely provide viewers with the nostalgia-fest that everyone craves. As The Hollywood Reporter states, the shows available for streaming on the NickSplat channel will include All That, Are You Afraid of the Dark?, Clarissa Explains It All, The Wild Thornberrys, and more. In the words of Nigel Thornberry, "Smashing."

As all true Nick fans know, the Viacom-owned company has already released a few old-school shows to Hulu, where you can find episodes of classic shows such as Rugrats, Hey Arnold, Doug, and more. THR reports that the NickSplat channel could also appear on other streaming sites like Amazon in the future, but for now fans will have to use VRV to find shows like CatDog, AAAHH!!! Real Monsters, and The Angry Beavers. To watch this new NickSplat streaming channel, fans will have to pay $6 a month to access all 300 episodes, or they can gain access to other shows that VRV offers with a $10 premium subscription.

The other shows offered on VRV include Curiosity Stream (which offers documentaries) and Crunchyroll (where fans can watch subtitled anime). VRV's large selection of both anime and indie cartoons is the reason why Viacom decided to use the streaming site to debut NickSplat. Sam Cooper, Viacom executive vice president of distribution and business development partnership, said in a statement, "VRV, with a sophisticated user base that loves the best in animation, is the perfect platform... We're committed to finding the best partners to bring our individual brands direct to the consumer, and this relationship with VRV is an exciting step forward in our strategy."

Longtime fans might recognize the name NickSplat from the late-night programming that ran on TeenNick back in 2011. It makes a lot of sense that the '90s programming would also move to online streaming, especially considering how millennial eagerness to re-live the past recently inspired Nickelodeon to bring back the beloved Double Dare. And it doesn't stop there. In addition to making their beloved '90s programming available for streaming, the network is also bringing some of their iconic '90s shows back in movie form, including a movie of Are You Afraid of the Dark and a live-action movie version of The Rugrats.

The reviving of '90s Nickelodeon shows probably won't come as a surprise to everyone who's ever actually watched NickSplat, though. The throwback programming really is "All That," and then some, and if you need to understand what makes it all special, don't worry because "Clarissa Explains It All." Since the NickSplat channel is already available on VRV, you don't have to wait any longer to watch the silly antics of neither Kenan nor Kel, so you might want to cancel your plans for the night — or better yet, invite your friends for an old school style sleepover to watch some classic Nick together.