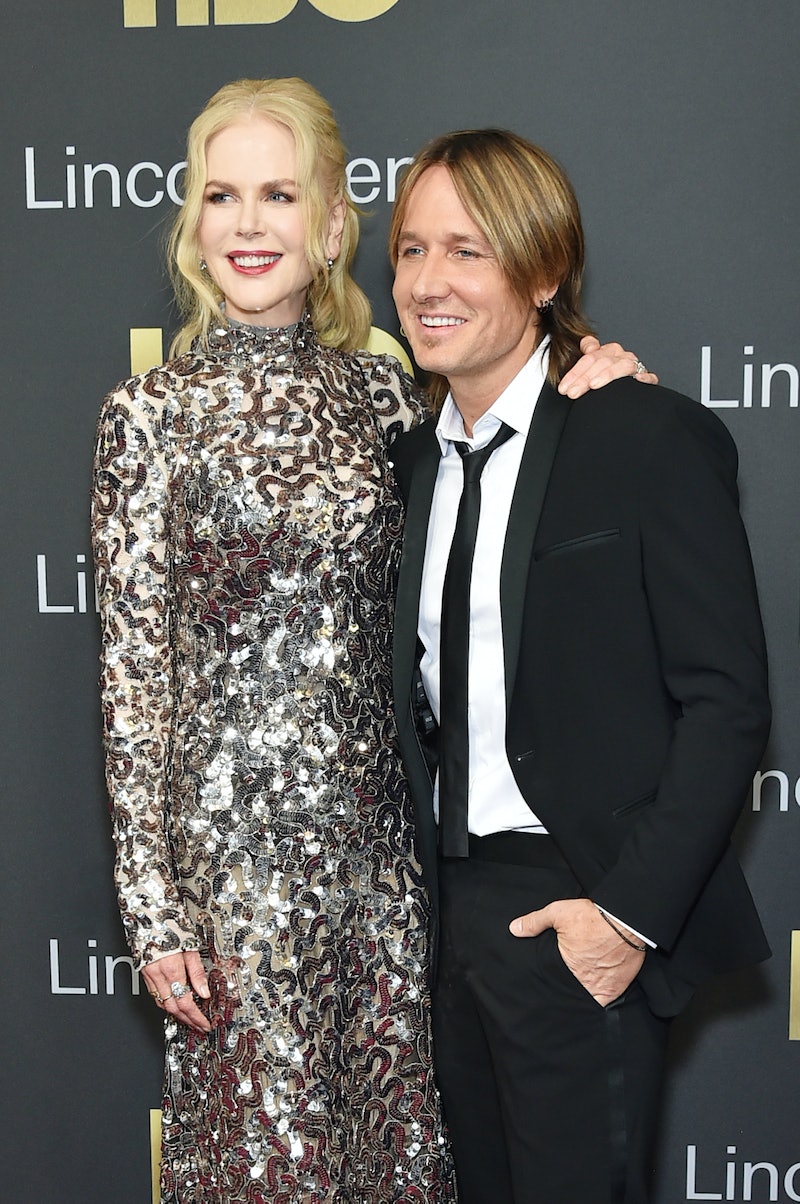 Being part of a high-profile celebrity couple is hard. Working long, unpredictable hours while your partner's schedule is just as busy as yours, dealing with everything that comes with living in the spotlight, and trying to raise children and keep your relationship alive? It almost sounds impossible, but some people can make it work. On Monday, Nicole Kidman and Keith Urban celebrated their anniversary with Instagram posts, and it's pretty clear they're just as in love as they were 12 years ago, when they got married.

To be totally fair, Kidman and Urban are known for their sweet relationship, so it's not really that surprising that their anniversary posts are so aww-inducing, too. Although both Instagram posts shared throwback moments, it's truly hard to tell which is most adorable. Maybe it's a tie?

Kidman shared a video of moments from their wedding, with clips that look exactly like something that was shot in 2006 should. From the video of the ocean to the couple kissing in the church where they got married, it's the perfect way to pay tribute to such a special day in their lives.

"Remembering 12 years ago today at a church in Manly, Australia," Kidman wrote in her caption. "Still feels like it was yesterday. I’m a lucky woman."

Urban's post for occasion was equally as sweet, including a picture of him and Kidman that looks like it was probably taken a pretty long time ago. In the photo, Urban's at the piano while Kidman dances with flowers in her hair, and it seems like they're truly having a good time together.

"12 years of celestial synergized soul dancing," Urban wrote. "Happy anniversary Babygirl!!! I love you SO much."

How sweet is that? If there was ever any doubt in your mind that these two were going to go the distance, these posts take care of that. After all, if they've made it through the first 12 years (and two children), what can't they do at this point?

This isn't the first time Kidman and Urban have gushed over each other on social media, either — not by a long shot. In fact, this video they shared from the 2017 AMAs back in November is kind of the perfect way to sum up their relationship; even though Urban was greeting his followers, it's hard to ignore how he and Kidman look at each other. Honestly, we should all be with someone who looks at us the way Keith Urban looks at Nicole Kidman. Can we talk about how cute they are?

And then, there's this really cute photo Kidman shared from their car ride home from the Time 100 Gala earlier this year, where they still cuddle up next to each other like things are still new and they haven't been together for over a decade.

An end to the honeymoon period is a real thing, and at some point, a lot of married couples or people who have been in a long-term relationship aren't quite as affectionate as they once were, but it seems obvious that the honeymoon period never ended for these two. What do they know that the rest of us don't?

Maybe the secret to Kidman and Urban's marital success is the fact that they're so open about their love on social media? Or maybe it's because they're truly just as compatible as they've always seemed to be. Either way, it's awesome to see that they're celebrating 12 years of marriage, because it's just another piece of evidence that true love is, in fact, real. Congrats, you two.