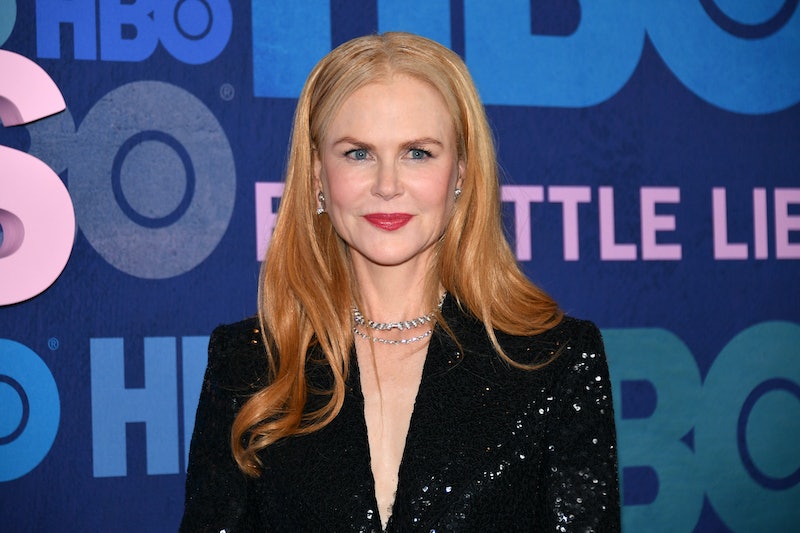 Big Little Lies Season 2 came to an end on Sunday, July 21, and it left fans with a big bombshell and a pretty open-ended final look at the lives of the Monterrey Five. So it makes sense that actor and executive producer on the series, Nicole Kidman, wants a Season 3 of Big Little Lies. Despite the many big actors on the show and the hard scheduling conflicts they'd have to overcome, it seems like Kidman, herself, would love to return for more, but only if everyone were still on board with it and could come back.

As reported by People, Kidman spoke to News Corp Australia recently and said she'd be a part of another season of BLL. “I think we would love to do a season three because there is certainly ideas,” Kidman said. “But we would not do it without all of the same people involved… even the kids.”

However, HBO President Casey Bloys recently told TVLine that Season 3 of BLL most likely won't happen. "I love this group of people — I would do anything with them. But the reality is, they are some of the busiest actresses working in Hollywood," he said. "We have deals with some of them — Nicole [Kidman] is doing her next show [The Undoing] with us. I just think it’s not realistic." Bloys has a point. With a main cast of actors this in-demand, it will probably always be an issue or struggle to get them all together and on board for another go. But it's obviously not impossible.

And, the passionate fanbase is definitely on board for more, which could sway HBO regarding a potential Season 3 of Big Little Lies.

Kidman also talked about how much of a challenge it was to work on such intense scenes with Meryl Streep, who played her mother-in-law, Mary Louise, this season. “[Filming with her] was intimidating, which is good, it should be,” she said. “I mean, Meryl is the Great One and she’s just so professional.” Mary Louise may have been the villain of the season, but it sounds like Kidman wouldn't mind seeing Streep return for a possible Season 3.

There's obviously plenty more story to tell in the world of Big Little Lies, and considering Kidman's love for the show, it seems like at least one more season could be in their future. “I’m so glad the show has found its way because there really is nothing on TV with six female leads,” Kidman said. “I don’t know where that show is, so to have the support now has been incredible. It’s never going to be perfect, but by gosh, it’s so great there’s six lead roles for women in one show.”

The actor also posted a very touching Instagram post to celebrate the Season 2 finale on Sunday night. The post featured images of her and her cast mates, including co-executive producer Reese Witherspoon. "What a journey to have been on!" Kidman wrote in the caption. "Thank you to all of you for watching, and everything you have given this show and more! Your support made it possible and allowed these women’s stories to be told. To everyone who was involved in making the show - my deepest thanks. Love you all xx #BigLittleLies."

Let's just all agree that Kidman's touching caption doesn't mean that there won't be a Season 3 and leave it at that.