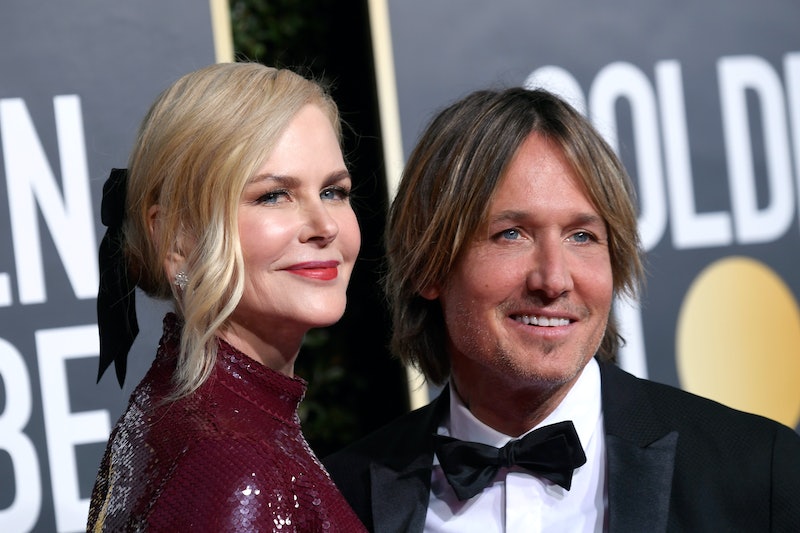 There's no denying these two make a glamorous celebrity couple, but Nicole Kidman and Keith Urban's relationship is actually simpler than you might think. As Vanity Fair's May cover star, Kidman opened up about her almost 13-year-marriage to the country superstar. Yes, they rake in the dough, are friends with major celebrities, have won multiple awards for their respective talents, and have traveled the world. All that said, Kidman made it clear that their relationship isn't defined by their Hollywood-status.

For them, it's not about the award shows, movie premieres, or the overall fact that they are famous people. As Kidman explained,

The Big Little Lies actor also when onto even call herself a "tour wife." For her, being able to experience the "Somebody Like You" singer's talent every single day makes her love him even more. She said,

"I love that Keith is a guitar player and a singer, but his passion is guitar and writing music. That's what I’m around every day."

Their marriage is so much more than what they do for a living or what fans see on the internet. From a fan's perspective, it may look like they have luxurious lives, and they do, but the luxury doesn't interfere with matters most, nor does it define their love as a couple.

Kidman and Urban's relationship isn't about the perks that come with being well-known in Los Angeles, but rather what makes them truly happy, the love they hold for one another, and their two daughters, 10-year-old Sunday and 8-year-old Faith. The fact that they both recognize what makes their marriage work and that it could stand on its own without the Hollywood glamour shows just how solid their relationship really is.

They both have previously stated that it was love at first sight. Urban told CBS' Sunday Morning in May 2016, "Meeting her and getting married wasn't life-changing, it was life-beginning. It was literally, like, 'Okay, life starts.'"

As for Kidman, she told People in January that she knew pretty much right away Urban was meant for her. "It was my [38th] birthday, and he stood outside with gardenias at 5 a.m. on my stoop in New York." From that moment, Kidman admitted, "That is when I went, 'This is the man I hope I get to marry.'"

Urban then whisked her off to Woodstock, New York on a motorbike, which made Kidman feel all kinds of emotions. She told People about their getaway,

"It was pretty intense. I believed by that point he was the love of my life. Maybe that’s because I am deeply romantic, or I’m an actress, or I have strong faith as well, but I just believed, 'Oh, okay, here he is.'"

From the beginning, they've had a strong connection. Their relationship was never about the glitz and that still rings true today. They knew right away they were meant to be, and here they are 13 years later still head over heels in love cherishing their wonderfully simple romance.