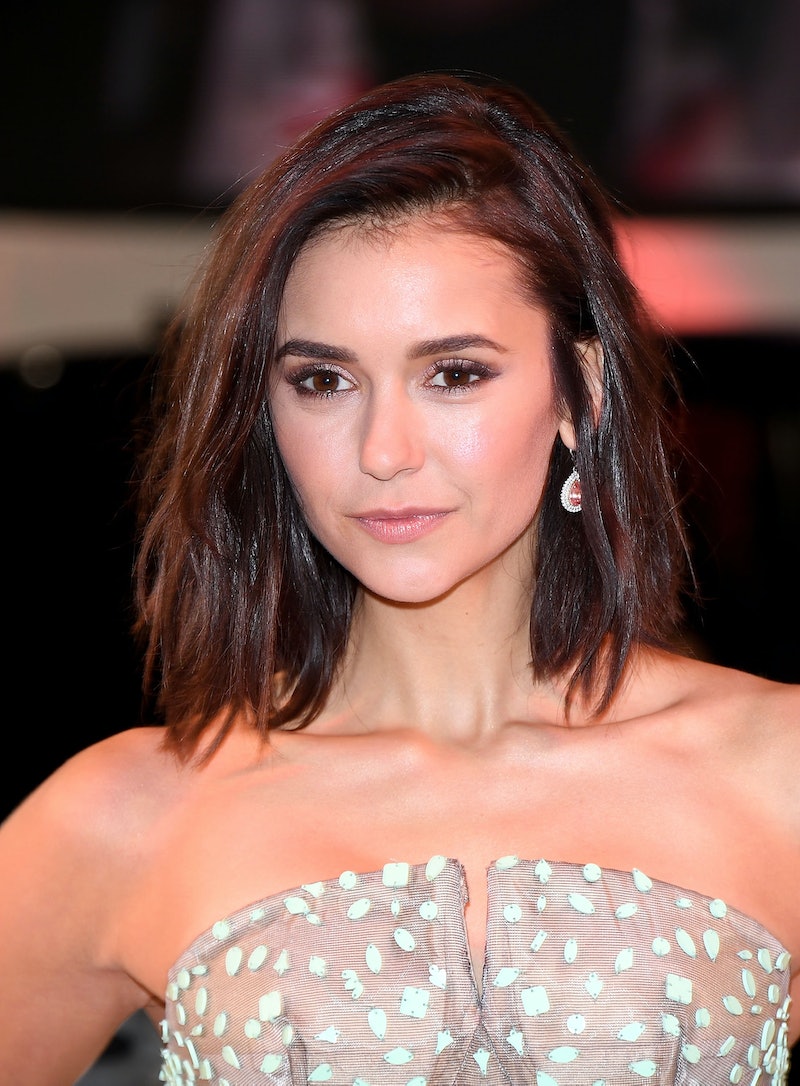 Dobrev has now officially joined the plethora of other celebrities rocking long bobs, and while seeing these nearly universally flattering cuts isn't surprising, seeing it on Dobrev is. The star's ultra-long hair was cut by stylist Riawna Capri, and the pair took to Dobrev's Instagram account on Wednesday to debut a time lapse video of the chop and her subsequent getting ready moments for the London premiere of Dobrev's latest film.

In the quick video, fans of Dobrev's can see the actress holding several inches of her previously long hair — now chopped off. At one point, she's even seen holding it up to her face like a mustache in front of the camera. Clearly, Dobrev was stoked about the cut, and it looks incredible on the star.

Since chopping off her hair, Dobrev has posted several images of it styled in loose, textured waves, and the result is stellar.

She totally slayed the red carpet of the London premiere, and fans are looking the look as well.

Who wouldn't love this cut? It's so on trend.

While Dobrev's long locks are great, everyone loves a good change.

Now that Dobrev is officially part of the lob squad, it's hard not to wonder who's next?

Until the next celebrity to make the chop emerges, everyone will just have to revel in how great Nina Dobrev's new long bob is. It's just as chic as she's always been.