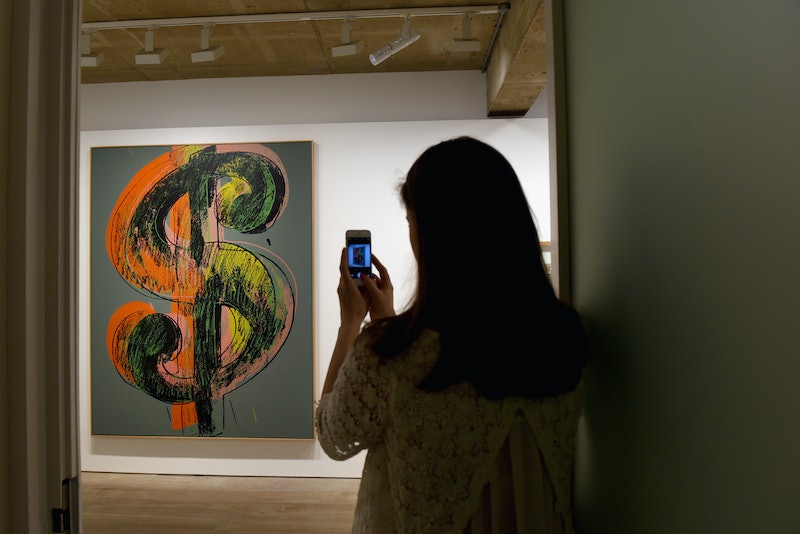 Tuesday, April 4 is Equal Pay Day, a day which symbolizes how far into the current year women must work in order to make the same amount of income that men made last year. As special attention is given to the gender wage gap today, you may hear many frustrating arguments about the pay gap that exists between men and women. In order to help navigate these arguments, the following is a guide debunking some of the most common erroneous assumptions about Equal Pay Day and the gender wage gap.

This year's Equal Pay Day demonstrates that, on average, in order to make the same salary as men made the previous year, women must work 44 days into the following year. This reflects an overall wage disparity of American women making, on average, 79 cents for every dollar that the average American man makes. Equal Pay Day is designed to draw attention to this disparity as well as to inspire others to take concrete action to remedy the issue.

However, while this day is meant as one of collective action and advocacy, it is also often punctuated with arguments from skeptics about why unequal pay is not discriminatory or why it exists in the first place. These arguments are certainly frustrating to encounter, particularly on a day meant to highlight inequitable treatment, and thus it is helpful to have counterpoints ready in case you do encounter them, today and everyday.

Some argue that the gender wage gap exists simply because women supposedly do not negotiate their salaries as well or as frequently as men. According to The Guardian, this notion is patently inaccurate. Women recognize the importance of negotiation and do indeed negotiate for higher salaries — they are just less likely to receive them, which is evidence of pay discrimination.

Furthermore, women actually run a much higher risk than men of being socially or professionally penalized for negotiating for more income. According to MONEY reporting on a Harvard Business Review article, "In repeated studies, the social cost of negotiating for higher pay has been found to be greater for women than it is for men... Ask your boss for more money and risk being seen as ungrateful and pushy; don't ask for more and you'll be paid less for the rest of your career."

Thus, discrimination in negotiation practices constitutes evidence of the equal pay gap and why it exists — and not an argument against it.

Those who question the discriminatory component of the gender wage gap often say that women simply choose lower-paying jobs, which is why the gap exists. In fact, quite the opposite of this notion is true. Evidence demonstrates that when women choose jobs, the pay tends to decrease. This is demonstrated both in the average salaries for female-dominated professions as well as in overall sector salary decreases when more women choose to enter a profession that was previously dominated by men.

A sociology study cited in The Guardian was enlightening in regard to this issue and noted, "...When women enter an occupation in large numbers, that job begins to pay less, even after controlling for a range of factors like skill, race and geography... [Furthermore], their analysis found...that a higher proportion of women in an occupation leads to lower pay because of the discounting of work performed by women."

Thus, sadly, jobs that women choose often end up paying them less simply because of their gender, not because they chose a profession that was inherently low-paying.

3. Women Leave The Workforce To Have Children

Another oft-cited argument regarding the gender pay gap is that women voluntarily leave the workforce to have children and then are simply paid less because they have been out of the workforce for years and are resultantly less experienced.

However, this argument is again inaccurate for a variety of reasons. According to a study done by The Guardian, sex discrimination still constitutes the biggest reason behind the gender pay gap, even after taking into account factors like "age, tenure, time out of the workforce, occupation, industry, part-time work and sector." Furthermore, women are seemingly penalized for having children once they do return to work.

According to the Telegraph, women can earn up to a third less than men when they return to work after childbirth, while men actually earn up to 6 percent more after having a child, according to Business Insider.

Thus, a woman temporarily exiting the workforce to care for her children does not account for the gender pay gap.

While this seems like a ridiculous argument to have to debunk in 2017, unfortunately arguments regarding the wage gap sometimes do reflect the (erroneous) belief that men work harder than women and therefore should be paid more. According to MONEY, critics often say that men "put in more hours, don't take as much time off, and don't leave temporarily to have children." However, these statements are sweeping generalizations and are also inaccurate.

According to the New York Times, it is actually women who do more at work, but simply benefit less from it in terms of recognition. The article cited several studies that found that women are more likely to stay late at work as well as to engage in "office housework," or administrative tasks that are helpful but do not "pay off," professionally-speaking. According to the article, "women help more [at work] but benefit less from it." Furthermore, when women return home in the evenings, they are also still largely responsible for household tasks, limiting their options to continue their professional work into evening hours.

Thus, the notion that women not working as hard as men contributes to the gender pay gap constitutes a highly inaccurate argument that does not reflect reality.

5. Women Are Less Educated Than Men

However, frustratingly, women's educational degrees are seemingly worth less than men's. MONEY cited a study from Georgetown University that showed that "men with some college but no degree earn about the same as women with a Bachelor’s degree...and that women have to have a Ph.D. to make as much as men with a B.A."

Thus, the gender pay gap exists because women's education and experience is valued much less than men's—not because women are less qualified than men.

6. Women Are Not Primary Wage Earners

Critics of the gender wage gap sometimes assert that women are not primary wage earners in their households and that gender disparities in pay reflect this notion. However, this is, again, misguided criticism for many reasons. First, according to FiveThirtyEight, among heterosexual married American couples, almost 40 percent of women are the primary breadwinners. Furthermore, according to the New York Times, more than 75 percent of single mothers are the sole breadwinner for their household.

Beyond the fact that women are now financially contributing to their households more than ever before, the primary wage earner argument also does not hold up simply because it should not excuse disparities in pay for equal work.

If men and women are working the same job for the same amount of hours, they should paid equally, regardless of whether or not they are the primary breadwinners in their households.

Another argument that seeks to diminish the significance of the gender pay gap is the notion that women engage in more part time work and therefore earn less than men. However, according to The Guardian, the issue of part-time versus full-time work is having increasingly less impact on the gender wage gap.

In 2016, The Guardian measured the impact of part-time work on the wage gap and found that its impact had declined from 14 to only 4 percent, mostly because of more flexible telework options and the emergence of more higher paying part-time jobs overall.

Moreover, the newspaper also pointed out that responsibilities that women are still expected to disproportionately fulfill at home (like chores and childcare) often contribute to their decision to engage in part-time work, calling into question whether not working full-time actually reflects a choice women make or an expectation for their roles in society and their households.

Critics of equal pay legislation have also argued that making equal pay legally mandatory amounts to what they believe is "socialism" and does not allow space for merit-based pay. Indeed, in 2015 Donald Trump echoed this sentiment, saying, "If you start getting involved with government on ‘this one gets this pay and this one gets that pay,’ and then you say — ‘Where does it all start?’ ...if you sort of say, ‘everybody gets equal pay,’ you get away from the whole American Dream. You get away from capitalism in a sense."

Of course, believing that equal pay for equal work equates to socialism and inhibits merit-based pay is essentially implying that women are inherently worse at their jobs than men, otherwise the gender pay gap would be closed. This is obviously completely untrue, for all of the reasons described above.

Furthermore, saying that equal pay legislation is anti-capitalistic implies a complete lack of belief in the existence of a discriminatory gender pay gap, which has been repeatedly confirmed through many studies and analyses.

9. The Wage Gap Is Inaccurate Or Doesn't Exist

Finally, many critics also argue that the gender wage gap does not reflect reality and cannot take into account all of the factors that might contribute to a disparity in pay between men and women. However, beyond just calculating an average gender wage gap, many "like-for-like" studies have been conducted comparing male and female compensation in the same roles and ultimately demonstrate that women are paid less. Furthermore, the aforementioned Guardian study also demonstrated that even when taking into account a myriad of factors that could affect the wage gap, such as time off, industry, part-time vs. full time work, etc, it was still found that the primary cause for the gender wage disparity was sex discrimination.

Overall, there exists a variety of evidence to debunk some of the most common arguments people use to discredit the gender pay gap. Hopefully Equal Pay Day can serve as an opportunity to educate people about the inaccuracy of these arguments and help garner even more support for wage equality.

More like this
Black Women's Equal Pay Day Highlights An Upsetting Problem
By Brandi Neal
Romance Authors Are Mobilizing For Reproductive Rights
By Natalia Perez-Gonzalez
Women Around The World Are Cutting Their Hair In Solidarity With Mahsa Amini
By Darshita Goyal
What Is Miles Teller’s Net Worth? The 'SNL' Host's Bank Account Is No Joke
By Meg Walters
Get Even More From Bustle — Sign Up For The Newsletter