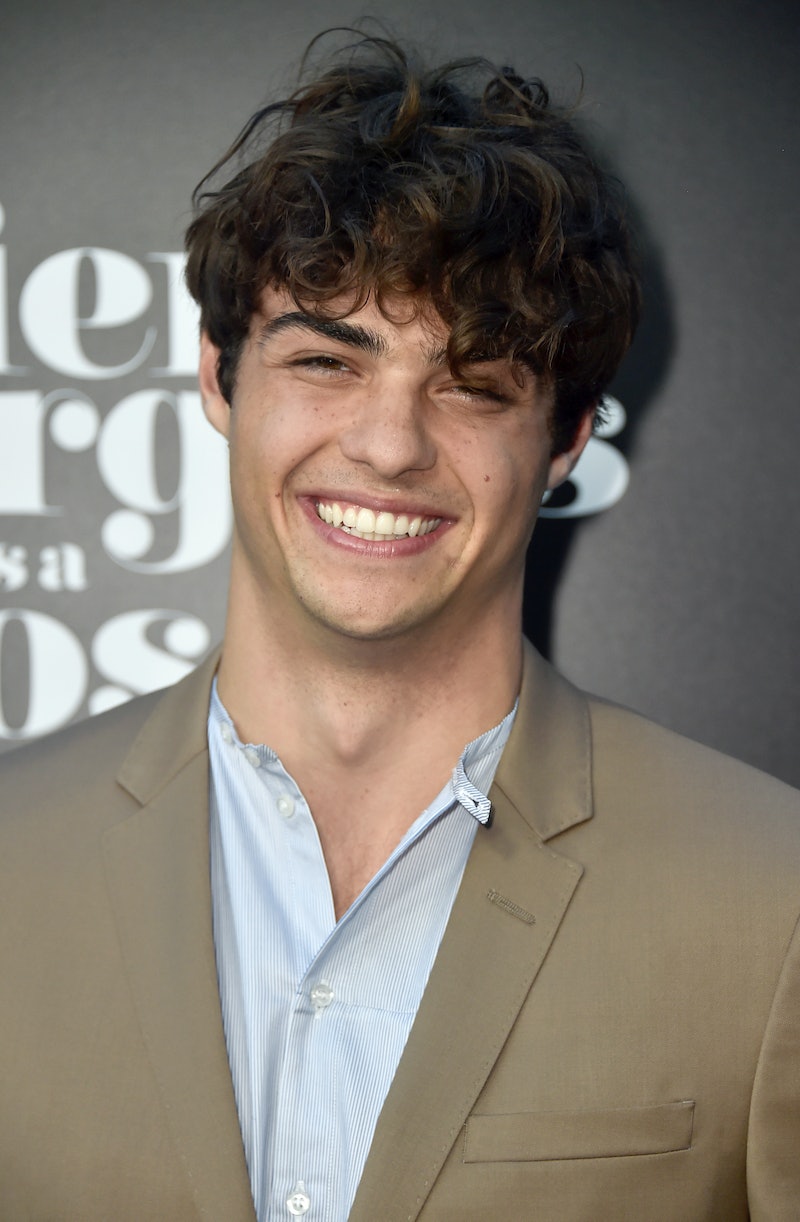 Is there anything Noah Centineo can't do? The actor is quickly becoming one of the most beloved young stars out there, thanks to his recent turns as Peter Kavinsky in To All The Boys I've Loved Before and Jamey in Sierra Burgess Is a Loser. But Centineo's off-script actions are just as exciting as the roles he's brought to life on screen. Centineo improvised an iconic moment in Sierra Burgess Is a Loser, proving how well he knows exactly what turns a good teen movie into a great one.

Centineo's Sierra Burgess costar, Shannon Purser, told Refinery29 that the actor thought of the way Jamey put his arm around Veronica during the movie theater scene. Fans who've seen the movie will remember that Jamey asks Veronica if she's "counted shoulders" before, which briefly confuses her. He proceeds to count his own two shoulders and her shoulder next to him before reaching his arm around her to count that fourth shoulder.

"I think it was Noah," Purser said to Refinery29, referring to the origin of the shoulder move. "I'm pretty sure Ian [Samuels], our director, was just like, 'Do something dumb and cute. Figure out a way to get your arm around Kristine, [who plays] Veronica.' And I guess that's just what Noah came up with."

Yes, it's more than a little cheesy, but anyone who's gone on a high school movie date knows there's not really a good (or smooth) way to get your arm around someone. Centineo's shoulder-counting move is just cringe-worthy enough to be believable in a teen movie — and even though it's a little awkward, it's definitely authentic.

This is far from the first move Centineo has come up with, too. He improvised the popcorn moment in To All The Boys I've Loved Before, when Peter moves the popcorn bowl off the couch before getting into a pillow fight with Kitty. If that isn't enough, Centineo also improvised the movie's iconic hot tub splash moment, as well as the scene where he twirls Lara Jean around by her back pocket.

Centineo clearly has a great eye for what will play out on screen. If he ever decided to take his talents behind the camera, the actor might be a natural fit for directing, since he's able to think of moves like these on the spot. Little things like the shoulder counting or the popcorn move help bring the films to life — and fans have noticed Centineo's simple but effective moves.

At this point, anything is possible for the talented young star. Centineo could write and direct a teen rom-com, and fans would surely love it. At the very least, Centineo should be a consultant for future teen movies. The actor knows how to make things realistic and believable on screen, keeping his scenes sweet without being too cheesy. It's a useful talent to have, and it's one that will likely help his career in the future, too. He knows what audiences want to see, and his small improvisations make his scenes better every time.