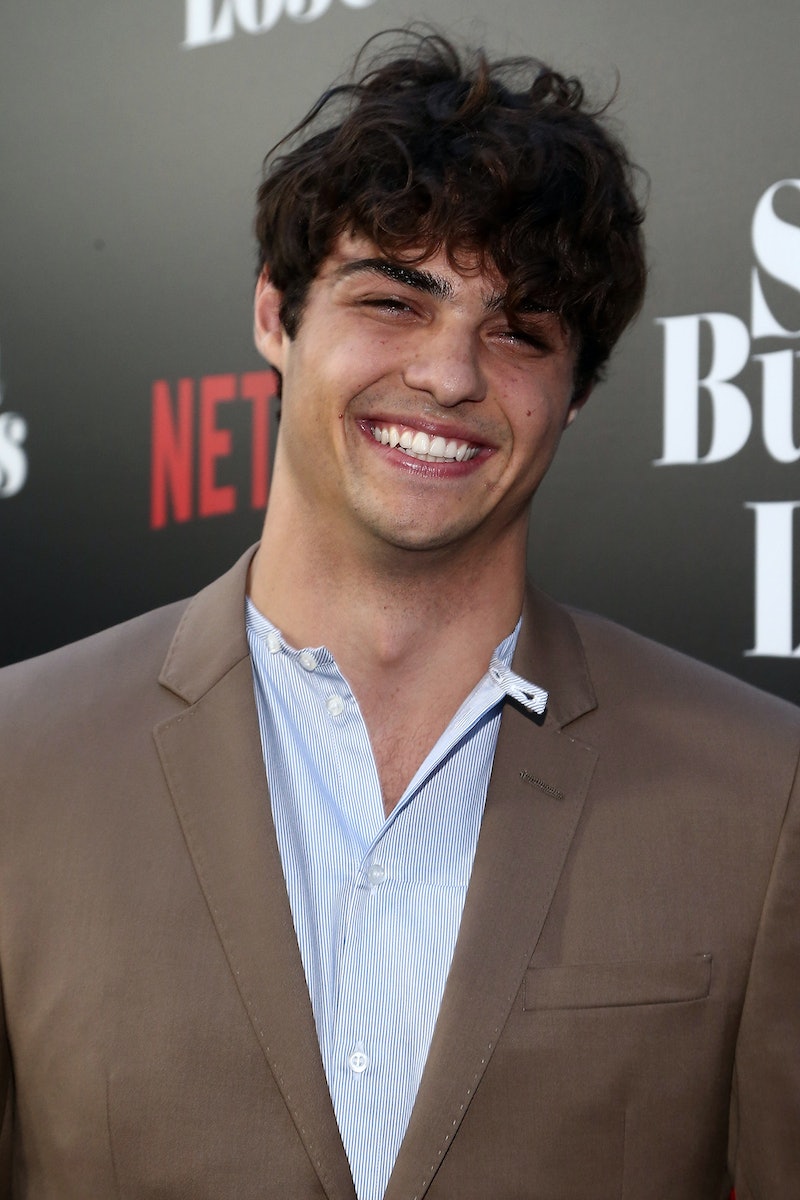 In recent weeks, they've been spotted spending time together and have posted pictures of one another on their respective social media pages. They'd be a cute couple, right? Well, Noah Centineo and Lily Collins hung out post-Oscars on Feb. 24, as People reported, further fueling speculation that the two actors might be dating. But unfortunately for fans currently shipping the duo, it seems as if they're still just friends, according to a source for People.

Both Centineo and Collins attended Vanity Fair's Oscars afterparty on Sunday night, and were seen leaving the shin-dig together at the same time. However, sources for the two stars "insist" that they're "just friends," and reportedly "not an item," the insiders explained to People.

Obviously, this information didn't come directly from either Centineo or Collins themselves, so who really knows for sure. What fans do know is that they recently worked on the same project and appear to genuinely enjoy each other's company. Men and women *can* just be friends, you know.

Back in January, Centineo directed Collins in ARTY's new music video for his song, "Save Me Tonight." They've both shared photos and behind-the-scenes footage from the shoot, which looked like it was a lot of fun.

In one of the photos Centineo posted via Instagram on Jan. 29, he, Collins, and an adorable baby are like, *the* picture of a happy little family. Before you jump to any conclusions, though, it wasn't their baby. According to the caption Centineo wrote, it seems as if a stranger asked the duo to take a snap with their child while they were filming ARTY's video.

"Take a picture with our baby," the star joked, tagging Collins and adding two laughing-so-hard-you're crying emojis. ARTY chimed in with a comment too, writing, "I wanna be that baby." Then Collins replied as well, adding, "@ncentineo matching pacifiers pushing it?" Clearly, they all thought the whole situation was pretty funny.

Shortly thereafter, Centineo shared a few photos from his campaign with Calvin Klein. In one of the pictures, he's broodingly looking away from the camera while lounging shirtless in a poolside chair. Anybody with eyes might be inclined to do a double-take — he's one of the internet's favorite boyfriends, after all. He and Collins had a "flirty" interaction in the comments section, which served to add more fuel to the fire that the two stars might be dating.

"I never look that good when I lounge," Collins wrote. "@lilyjcollins oh please," Centineo replied, adding a single flame emoji. OK, so they both find each other at least somewhat attractive. But Centineo is a noted flirt, as evidenced by his many interviews alongside his To All The Boys I've Loved Before costar, Lana Condor.

Condor was — and is, as of an interview she did with Cosmopolitan on Feb. 5 — in a long-term relationship with her live-in boyfriend, Anthony De La Torre, while she and Centineo were doing press for To All The Boys. Despite their on and off-screen chemistry, they maintained that they were just close friends — and that certainly appears to be true.

So, are Centineo and Collins really just friends, too? It's hard to say for sure until we hear it from them. They do have the same manager, though, and the fact that they've been hanging out — most recently at the Vanity Fair Oscar's afterparty — doesn't prove a thing. Not yet, at least.