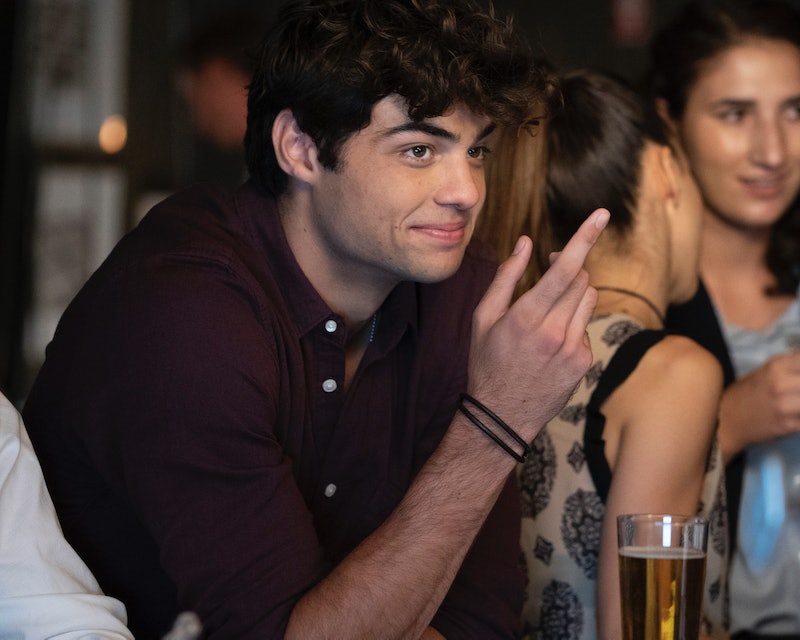 Noah Centineo, a romantic comedy star in his own right (swoon) has brought his Fosters character back to Good Trouble to check in on Mariana and Callie. We all know that these two women need it, given that they’re flailing in their jobs and in their relationships at the moment. But Noah Centineo’s Good Trouble episode shows Jesus as both a solution and part of Callie and Mariana’s problems.

It’s always nice to have your brother (or sister) in town, and so far, Good Trouble has let a few of its Fosters brethren into the spacious lofts at the Coterie. Jesus is in downtown Los Angeles for… no obvious reason but to provide eye candy (I am fine with this) and to provide Mariana with pep talks for her job, which is still a bit of a dumpster fire. Alex, her boss, isn’t letting her work on the “new social network” assignment her team is working on (and they always whisper it when she’s around). Mariana created her own female fight club to combat the discrimination she and the other women engineers at work face, and it hasn't gotten off the ground like she's hoped. The women of Spekulate are still doing the absolute most.

Jesus, a man, tells her to just "be herself" and to "show them how good" she is, which is good advice for someone who doesn't know what discrimination feels like.

Jesus’s advice is a little tone deaf, but a brother certainly knows how to motivate a sister. Will Mariana take this advice and run with it? Probably. But Mariana only gets on the social network project because Raj tells HR that Alex is purposefully excluding Mariana from the group. Women need men like Raj to undercut the patriarchy, but didn’t Raj just take away all of Mariana’s power in her female fight club group? Raj is not Mariana’s savior, so let’s hope that he doesn’t pretend she owes him anything.

While Jesus may have helped Mariana at work, things are getting complicated with Callie’s job. After a night at a bar, Jesus has met and slept with Becca, Callie’s work nemesis. Becca is frequently portrayed as stuck up and selfish, but with Jesus she seems to soften a little bit and doesn't seem to mind that he doesn't have some fancy job or a family member in Congress. They have banter to spare and they’re cute together.

Callie likes to get involved in everything, but let’s hope that she stays out of this one. If Becca of all people can be cool for once, Callie can manage. And this relationship should totally be a recurring thing.

Good Trouble is wholly about the relationship between Callie and Mariana and how they’re navigating their way in this big adult world, but Jesus should come into town more often. Not only does he add some comedic relief and heat things up a bit, he understands his sisters on a fundamental level that’s always nice to have when you feel like the world is imploding around you. Jesus may not be perfect, but his presence on Good Trouble is sorely needed by his sisters.