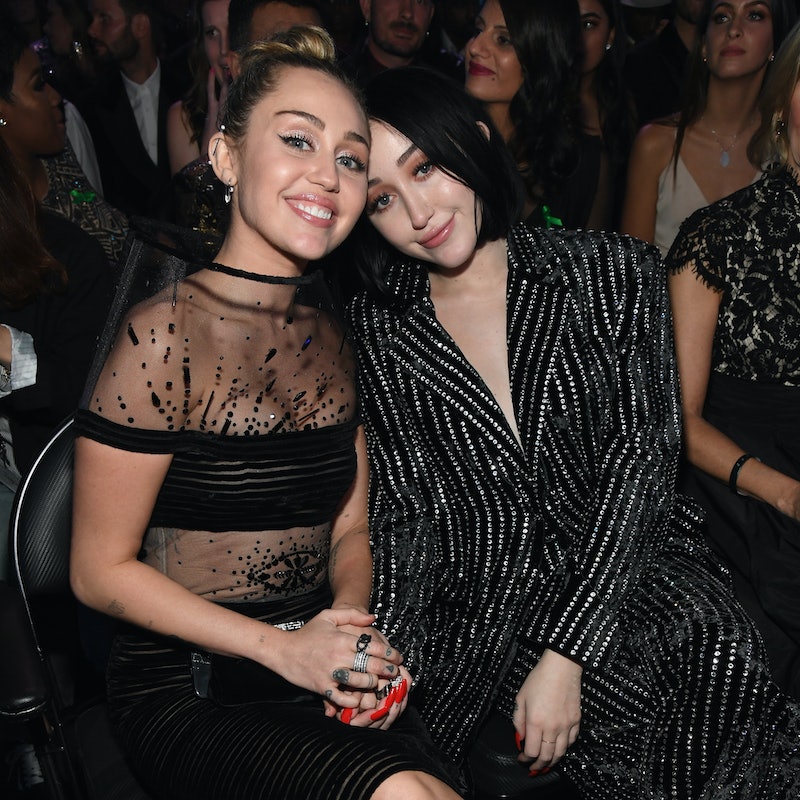 Being a member of one of the world's most famous and talented families comes with its perks, and some serious, life-altering side effects. Noah Cyrus opened up about being Miley Cyrus' little sister during an Instagram Live on Sunday, May 17. During the candid and revealing talk, as per Just Jared, she spoke on the insecurities that she experienced as a result of her sister's newfound fame.

On her new song, "Young & Sad," Cyrus sings, “My sister’s like sunshine, bringing good light wherever she’ll go/ and I was born to rain clouds, blessed in her shadows." During her Instagram Live session, she revealed that the verse reflected the "hard time" she was given because she was Miley's little sister. "Everybody always says to me, that no matter what, I was going to be in that shadow," she said. “That was something I heard my whole life, every single day. It was either that or that I wasn’t enough in some way, whether it was the way I look or the way I am."

Noah emotionally admitted that the sentiment affected her in a drastic way, saying that she "always believed" her critics. "Like I said the other day, sometimes I feel like I don’t even breathe right sometimes," she explained. "I always felt like I was that person that no one gave a sh*t about due to what people said to me online. It was absolutely unbearable."

Although the situation was "so hard" for her to overcome, she remains close to Miley and the rest of her famous family, including father Billy Ray, who opens "Young & Sad" with a touching voicemail message. She even has matching "Cyrus" tattoos with Miley, their brother Trace, and their dad. Her older sister, in turn, has also been very supportive of her burgeoning music career, lavishing praise on Cyrus' single "July" and her new EP The End of Everything.

However, even though the experience played a big role in her life, don't expect Cyrus to speak on it much more. "I just wanted to open up about that once and for all, because that’s been a big part of my life," she said, adding, "I probably won’t talk about it anymore, I just wanted to put it out."