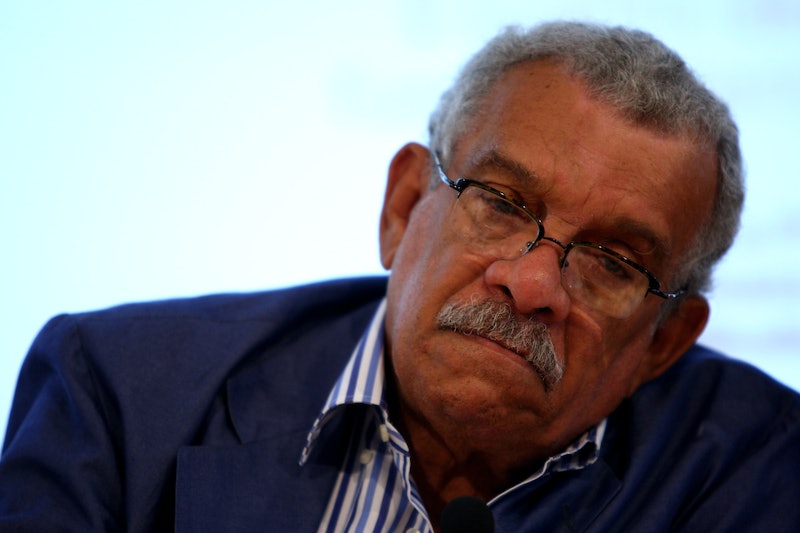 On Friday morning, Caribbean poet, playwright, and Nobel laureate Derek Walcott died in his St. Lucia home at the age of 87. Walcott won the 1992 Nobel Prize for Literature, a MacArthur "genius" grant, and the 2011 T.S. Eliot Prize, among other honors. St. Lucia News Online reports that Walcott had "a prolonged illness" before his death, but no official cause of death has been announced.

According to The New York Times, Derek Walcott was already known in the Caribbean for "a book of poems that he published himself as a teenager" when he rose to prominence in the wider poetry community with his 1962 collection, In a Green Night. The Guardian reports that Walcott's Homer-inspired 1990 epic, Omeros, "secured him an international reputation which gained him the Nobel prize in 1992."

In a 1985 interview with The Paris Review, Walcott spoke to the power of poetry as a religious experience:

I have never separated the writing of poetry from prayer. I have grown up believing it is a vocation, a religious vocation. ... I felt this sweetness of melancholy, of a sense of mortality, or rather of immortality, a sense of gratitude both for what you feel is a gift and for the beauty of the earth, the beauty of life around us. When that’s forceful in a young writer, it can make you cry. It’s just clear tears; it’s not grimacing or being contorted, it’s just a flow that happens. The body feels it is melting into what it has seen. This continues in the poet.

Check out an excerpt from one of Walcott's poems below:

Summer for prose and lemons,

for nakedness and languor,

for the eternal idleness of the imagined return,

for rare flutes and bare feet, and the August bedroom

of tangled sheets and the Sunday salt, ah violin!