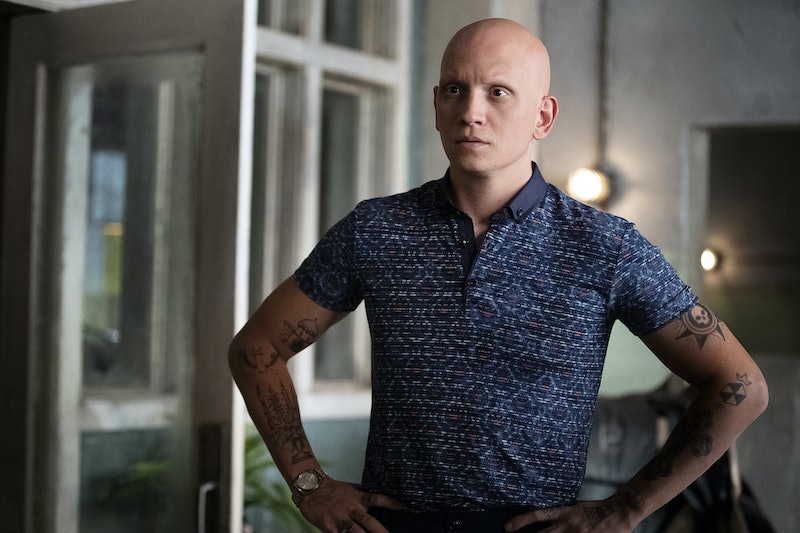 There's a lot to keep up with now that Barry is back for Season 2 on HBO. Detective Moss is off Barry's trail, presumably dead. Gene is heartbroken over her loss, and thinks she still might be out there somewhere. Our titular hero is grappling with his own deadly actions, as per usual. And perhaps most bizarrely, Noho Hank and Cristobal's new partnership on Barry is flourishing when the season kicks off. Before too long, though, it becomes clear that the newfound friends might be on precarious ground.

In case you've forgotten, Noho Hank (Anthony Carrigan) is Barry's eccentric mobster frenemy, always bubbly and polite despite his criminal tendencies, and Cristobal (Michael Irby) is the charismatic head of a formerly rival Bolivian mob group. They're an unlikely pair, especially given the animosity they've shared in the past as the Chechens and Bolivians have feuded, but their partnership is a match made in heaven if you're looking for laughs and drama.

Last season, the two put their differences behind them and decided to join forces, and the Season 2 premiere of Barry was the first time viewers have really seen them working together. Hank is so excited about it, and his trademark enthusiasm is enough to make you giggle on its own.

"They are unrivaled thieves, and super great at acquiring cargo," Hank writes of the Bolivians as he emails his friends back home. "And you know what we are good at at? Repackaging said cargo! It is like yin and yang, meant to be, peas in pod."

Hank is stunned by Cristobal's pep-talk sermons, comparing him to Tony Robbins and emphatically insisting his mind is blown whenever he hears him speak. They hang out, even joyfully playing volleyball together when they're not off killing or stealing, and it seems like a bona fide bromance. Hank even calls him a "genuine friend and brother," and there's a photo of them giving the camera a chummy thumbs-up in their office. Très adorable.

When Cristobal brings in Esther, the head of a Burmese crime family that happens to be the gang's biggest competitor, to meet with Hank, the first ripples of uncertainty are planted. It feels a little like Cristobal thinks he's the brains of the operation, more so than he is a true partner to Hank. Hank isn't too certain about Cristobal's plan to team with the Burmese to transport heroin, especially after Esther goes a little bananas and stabs herself in the hand in front of them. That's enough to worry anyone.

Things get even dicier in the season premiere when Hank's family back in Chechnya thinks he's turned against them by working with the Bolivians, as they believe they're the ones who killed Goran. Instead of selling Barry out, Noho Hank tells the Chechens that Esther is the one who killed Goran, and asks Barry to kill her to solve all their problems. If Barry kills Cristobal's new favorite collaborator at Hank's request, it's definitely going to throw a wrench into their relationship, which has reached a rocky place almost immediately.

Hopefully things don't go to hell too quickly, because to be honest, I need about ten more montages of Hank and Cristobal joyfully playing volleyball. Both characters bring such a unique, hilarious, and sometimes unsettling charm to the show, despite the horrors they're no doubt capable of. It'll be a shame if their partnership crumbles too early, but no matter what's in store for them next, we can rest assured it won't be boring.