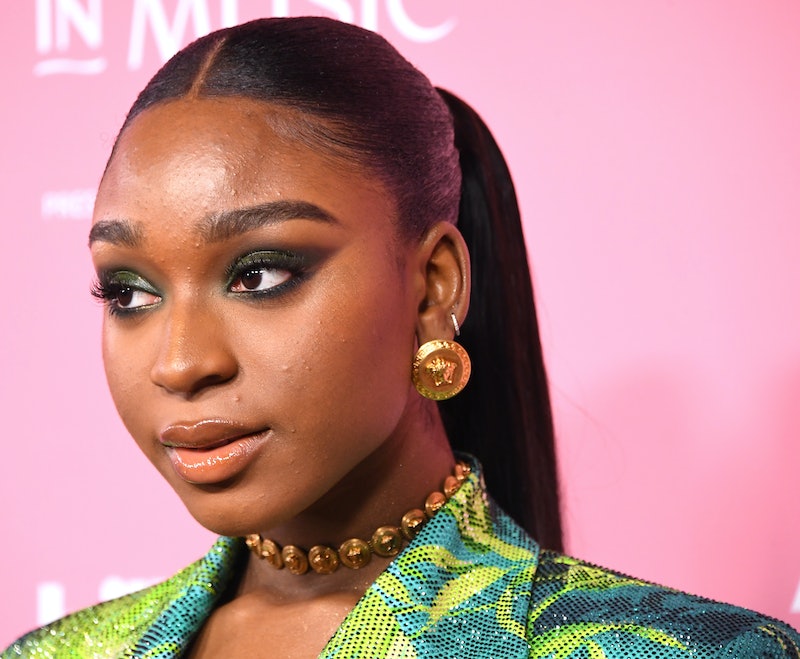 It's been almost three years since Fifth Harmony decided to go on an indefinite hiatus, but the band's former members will likely always be affected by each other's actions. In a recent interview with Rolling Stone, Normani shared her thoughts on Camila Cabello's racist social media posts, as well as reflecting on the racist bullying that she endured while she was still in the girl group. In 2016, Normani received an onslaught of racist and violent tweets from a subset of Harmonizers who, according to the outlet, felt she was shading Cabello by calling her "quirky."

Though she quit Twitter for two months in the wake of the attacks, Normani's father told Rolling Stone she's "still scarred" by the experience. The singer reflected some more on the incident when asked about her feelings about the fact that in December of 2019, Cabello was confirmed to have shared and written racists posts and memes on her personal Tumblr account in 2012 — rumors of which had been around for quite some time. Cabello eventually apologized on Twitter that month, saying she was sorry for using such "horrible and hurtful language."

After asking for some time to make sure her answer was "concise" and expressed what she really means, Normani shared her perspective on the whole ordeal in an email to Rolling Stone. "I struggled with talking about this because I didn’t want it to be a part of my narrative, but I am a black woman, who is a part of an entire generation that has a similar story," Normani wrote. "I face senseless attacks daily, as does the rest of my community."

Despite that, Normani explained that "it would be dishonest if I said that this particular scenario didn’t hurt me," and that it was "devastating" that the comments had come from her former bandmate.

Normani also shared her disappointment in the way that Cabello handled both the racist attacks that drove her from Twitter in 2016 and the unearthed Tumblr posts. "It took days for her to acknowledge what I was dealing with online and then years for her to take responsibility for the offensive tweets that recently resurfaced." While Normani said she'd come to her bandmates' support "in a heartbeat," Cabello's actions "made me feel like I was second to the relationship that she had with her fans."

Despite calling out Cabello's behavior in the email, Normani made it clear that she believes people can grow and change. "I hope there is genuine understanding about why this was absolutely unacceptable," she wrote, before declaring that this would hopefully be her final time addressing the incidents. "I have spoken what is in my heart and pray this is transparent enough that I never have to speak on it again."

Instead, Normani wants to focus on celebrating "my brown men and women" with all of her career moves going forward. In November, she told Cosmopolitan that her upcoming debut solo album will be "as black as possible," because she wants to be a role model to young black women everywhere. "I’m gonna make whatever I do black. You’ll know that I’m a black girl, even if it’s on the quote unquote whitest record ever." Rolling Stone reported that she's already halfway done wither her album already.