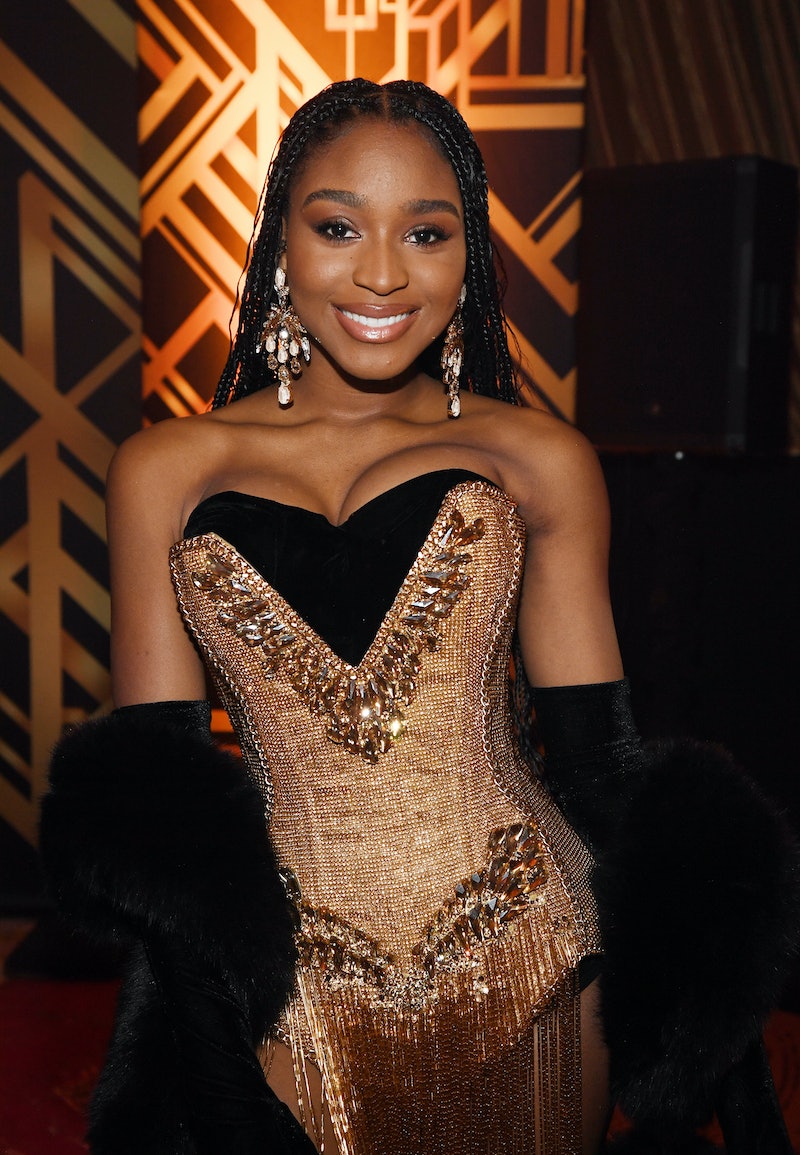 Normani had one request when it came to her "Motivation" video. “I told the director, ‘I want this to be as black as possible,’” she said in her new Cosmopolitan cover story. So it should be no surprise that Normani promises her solo album will celebrate black culture, just like that clip, which paid tribute to the early 2000s.

For the former Fifth Harmony member, that means the music will reflect who she is as an artist and a person. “I was like, let’s show black culture," Normani remembered telling "Motivation" directors Dave Meyers and Daniel Russell. "Why does pop music have to be so white? Why don’t we make it a little bit more me?"

To make her solo album, slated for a 2020 release, Normani is looking to follow in the footsteps of those pop stars who came before her. Those stars that made her feel seen like Ciara, Destiny's Child and Brandy, who Normani told Cosmo is a big influence on her solo debut. “I’m gonna make whatever I do black,” she told the mag. “You’ll know that I’m a black girl, even if it’s on the quote unquote whitest record ever.”

The best part is, those black female artists she grew up loving like Rihanna (Normani is Savage x Fenty's first brand ambassador) and Beyoncé are fans of hers. Even if the latter has stayed mum about her fandom. “The specifics of it I like to keep to myself because it’s just so special,” she said of the royal couple of music's quiet co-sign of her. “But Bey and Jay-Z have definitely been vocal about how much they want me to win.”

Last year, Normani shared the advice Beyoncé gave her when she first met her. "She was just like 'you keep doing your thing. I'm really proud of you. I'm watching you,'" Normani told radio station Hot97. And now the rest of the world is watching, too, which is something the shy Normani is still getting used to.

After years of hiding behind Fifth Harmony, who went on "indefinite hiatus" last year, Normani is ready to stand out. “I’m not sure what that turning point was,” she said, “but I was like, Normani is enough. You can be onstage and perform and you can be enough.”

That said, she also wants to be a role model for black female artists that will come after her, all while paying respect to those who came before. Normani told Cosmo she wants her career to be a tribute those pop stars she grew up listening to. “Those women before me," she said. "I wanna finish what they started.”

Normani realizing she deserves to shine all on your own? Love to see it.