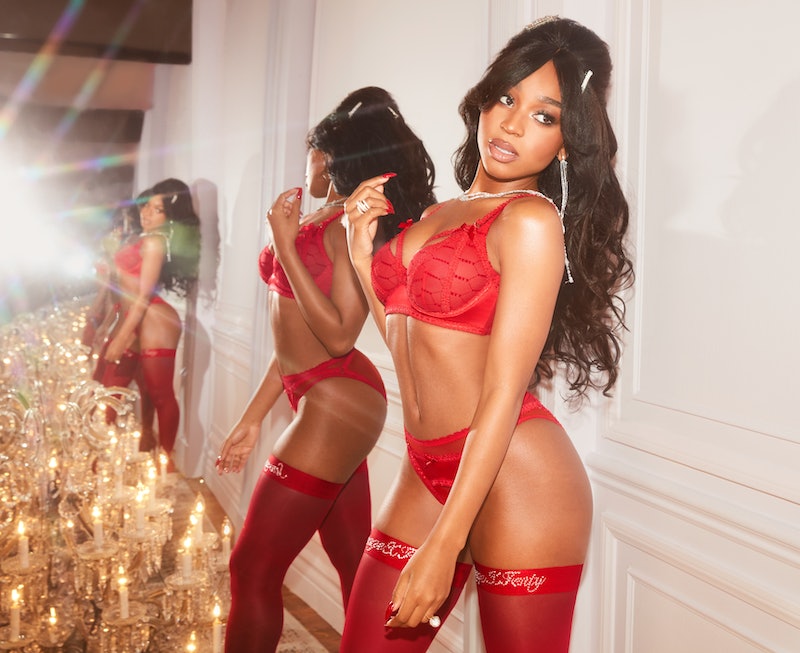 There's no question that celebrities love Savage x Fenty. All you have to do is look to the lingerie brand's 2019 runway show to see the star-studded faces both in the audience and walking and performing at the event. Now, one of them is officially joining the brand. Normani is Savage x Fenty's first brand ambassador, and her campaign images are next level.

On Nov. 22, Rihanna's Savage x Fenty announced that Normani would be joining its ranks as a global brand ambassador. The "Motivation" singer stars in the brand's Holiday 2019 campaign, which has officially gone live on the brand's Instagram account and website, and features Normani in Savage x Fenty's latest pieces. However, that's not all she'll be doing. Normani will continue to star in Savage's campaigns throughout Spring 2020 and work to promote the brand and its inclusive messaging.

Of her new gig with Rihanna and the brand, Normani says in a press release:

"I am beyond honored to join the Savage X family as their new global brand ambassador. Rihanna is always at the cutting edge and continues to push the boundaries in everything she does. The way she embraces her sexuality and exudes grace is such an inspiration to me and so many other women around the world. Rihanna and Savage X celebrate and empower women of all shapes, sizes, and colors everywhere — it’s a beautiful thing and is truly revolutionary. I am so grateful for this opportunity and excited for what’s to come with my new Savage X family."

Normani and Savage x Fenty first made headlines together when she performed at its 2019 runway show. The Amazon streaming event featured a plethora of celebrities including Halsey, Cara Delevingne, and Laverne Cox, but it was Normani's dance performance that had everyone talking.

While Rihanna's own performance had fans beside themselves, social media practically exploded seeing Normani's flawless execution of her runway appearance. The singer performed to "Get Busy" by Sean Paul and left viewers shook in her wake.

It's not all that surprising that now, Normani is Savage x Fenty's brand ambassador.

Of the decision to make the former Fifth Harmony member her first ever ambassador, Rihanna says in a press release, "Normani is the perfect choice for a Savage X ambassador. She exudes confidence and power. Everything she does is executed with passion and the belief she’s going to kill it. That’s why people gravitate towards her."

With her first Savage x Fenty fashion show and campaign under her garter belt, Normani's future with Rihanna's lingerie brand is looking as bright as one of Fenty's highlighters. We can't wait to see what's next.