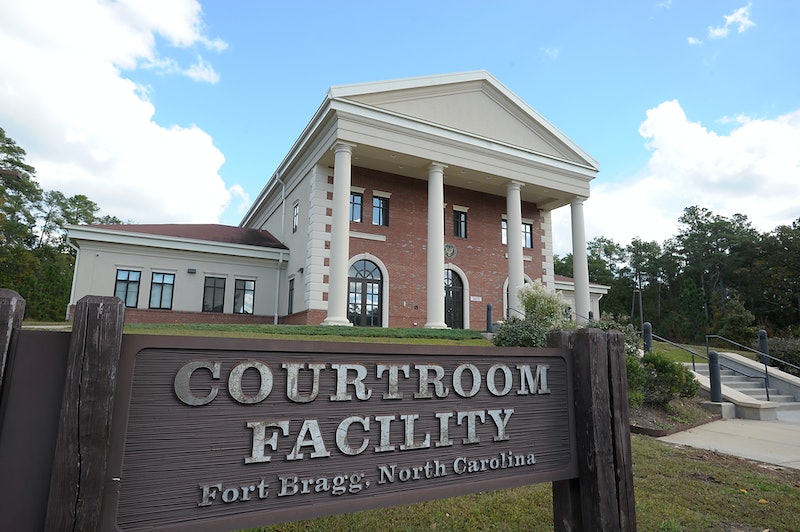 A state judicial system made strides toward equal representation on Tuesday, after Democratic Gov. Roy Cooper appointed Cheri Beasley to be North Carolina's first black, woman Supreme Court Chief Justice. Beasley, a registered Democrat, currently serves as an Associate Justice on the bench. Prior to her appointment in 2012, she served as a trial judge and a Court of Appeals judge, according to the Associated Press.

Only three other women, and one black man, have ever served in the role, according to WRAL. "It is not lost on me — this historic fact — especially since this is Black History Month," Beasley told WTVD in Durham. "I know that the work we do is hugely important, but the other thing I think about are the little girls along the way, who ought to have a sense of promise and hope for their futures." She also noted the state's progress, saying, "This is certainly not the North Carolina of 200 years ago, and so I'm excited about the fact that North Carolina has moved forward."

North Carolina is among more than a dozen states that hold elections for Supreme Court judgeships. Beasley's gubernatorial appointment was a special case because Chief Justice Mark Martin, a Republican, is resigning to become the dean of Regent University School of Law, according to The News Observer. She will serve out the rest of Martin's term, until 2020, when the next round of Supreme Court elections will be held.

Beasley has described her main judicial priorities as a commitment to equal justice. "My entire career as a judge has been spent making fair and impartial decisions in the lives of families and others in our communities," she said in a 2008 interview with IndyWeek ahead of her election to the Court of Appeals. "Making sure that justice is truly accessible to all people is my commitment."

"Justice Beasley is a well-respected jurist, and I know her to be fair and deeply committed to viewing all North Carolinians equally through the eyes of the law," Cooper said in a statement. "I appreciate Justice Beasley’s willingness to serve the people of our state in this critical role." Another North Carolina Democrat, Rep. G.K. Butterfield, applauded Cooper's decision, describing Beasley as a "remarkable legal mind" with a "character and reputation ... beyond reproach."

Not everyone was thrilled about Beasley's appointment, however. Tradition dictates that North Carolina governors appoint the associate justice who has served the longest, in this case, Justice Paul Newby, a member of the court since 2005. Newby, who like Martin, is a Republican, released a statement criticizing Cooper of playing politics with his appointment.

"The governor’s decision further erodes public trust and confidence in a fair judiciary, free from partisan manipulation," Newby wrote, according to WRAL. "While many talk of removing partisan politics from the courts, the governor’s actions today in using party label to make his selection is a reminder that actions speak louder than words."

North Carolina is among a handful of states that hold partisan judicial elections (most are nonpartisan), meaning that contenders can run under their party affiliation, and may first compete in a primary. According to the AP, Beasley — along with Newby — will run in 2020 for the chief justice spot.