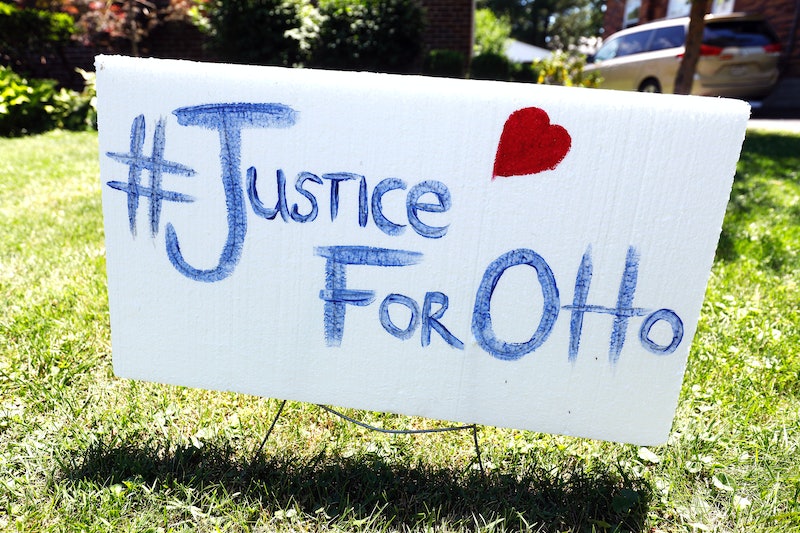 Ten months after their son succumbed to injuries he'd gotten while imprisoned in North Korea (DPRK), the parents of Otto Warmbier filed a wrongful death lawsuit against the country's government earlier this year. Now a federal judge in Washington D.C. has ruled in their favor and ordered North Korea to pay Warmbier's family $500 million in damages.

"North Korea is liable for the torture, hostage taking, and extrajudicial killing of Otto Warmbier," ruled U.S. District Judge Beryl Howell on Monday. It was a "default judgment" because the DPRK failed to respond to the case.

Howell ordered the North Korean government to pay Warmbier's family a punitive charge of $450 million as well as $50 million for economic losses, medical costs, and the suffering that they'd endured. That's less than the over $1 billion his parents had been seeking, per The Cincinnati Enquirer (which would have been about 2.5 percent of the country's 2015 gross domestic product, according to NBC). Per the Enquirer, the court motion says that the family asked for this high sum in part to encourage the DPRK to "change its unlawful behavior in the future."

North Korean officials arrested Warmbier in January of 2016, allegedly because he tried to steal a propaganda poster in Pyongyang. He was detained there for over 17 months before being released and sent back to the United States in June of 2017. Warmbier's family said he was "unable to speak, unable to see and unable to react to verbal commands" when he returned, and he died just six days later at the age of 22.

According to the Enquirer, the family's lawsuit was filed under the 1976 Foreign Sovereign Immunities Act, which allows Americans to sue a foreign government or its instruments. Bloomberg reports that it's unlikely North Korea will actually pay. Attorney Robert Tolchin told the Enquirer that the U.S. government has sometimes forced countries to pay damages in previous cases by seizing the nation's U.S. assets.

That's less likely to happen North Korea, though, because neither officials nor companies from the DPRK are thought to hold many assets in the United States, according to Reuters and Strategic Comments. It is possible that the family could receive some compensation from the U.S. Victims of State Sponsored Terrorism Fund, which happened in a previous lawsuit against North Korea, per the Enquirer.

Warmbier's family has accused the DPRK of torturing their son to death, which the North Korean government denies. A neurologist examination found that Warmbier died from a brain injury that didn't occur naturally, reduced blood flow to the brain for at least five minutes, and happened over a year before he came back to the United States, per the The Washington Post.

GQ has noted that there is no evidence that Warmbier was physically beaten and suggested that his injury may have been self-inflicted. But according to the Post, specialists at the trial testified that many North Korean torture methods leave no enduring trace.

"We're here because we don't fear North Korea anymore," Warmbier's father told the court on Wednesday, according to the Post. "I'm here to ask the United States of America and this court to do justice for Otto."