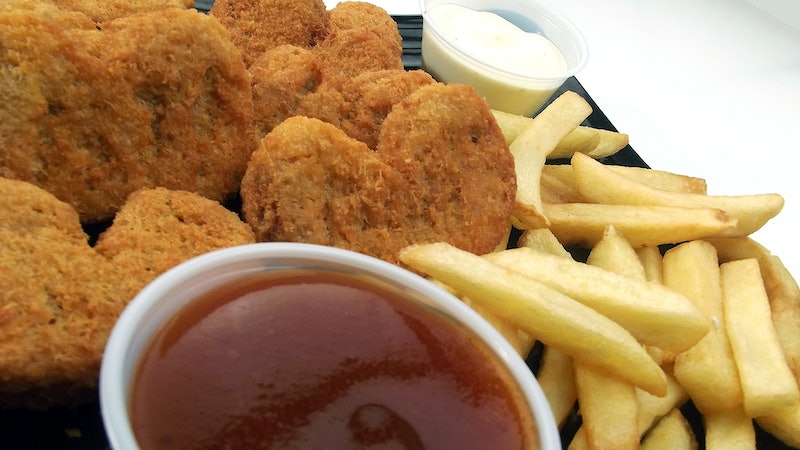 The fairytale ending of one high school student's noble quest for free food has proven dreams really can come true. As the success of the "Nuggs For Carter" campaign shows, all you need to achieve greatness is an internet hookup and can-do attitude. The teen in question is Carter Wilkerson, a 16-year-old Reno, Nev.-native, who first captured the internet's attention with his goal to get 18 million retweets in exchange for a year's worth of free chicken nuggets from Wendy's. Now, not only can Carter claim the title of Author Of The Most Retweeted Tweet Of All Time, but moreover, he can also officially "gets them nuggs" through 2018. What's more, Wilkerson isn't the only one who won big as a result of his tweet — a good cause got a boost, too.

Our uplifting tale begins back in early April, when Wilkerson tweeted an innocent question at the popular hamburger purveyor: "How many retweets for a year of free chicken nuggets?" Wendy's quickly responded, "18 million," setting the bar incredibly high. How the Wendy's team came up with the number 18 million is as of yet unknown. At the time, the record for most retweets for a single tweet was held by Ellen DeGeneres, for her infamous 2014 Oscar selfie; according to Wendy's response, Wilkerson had to somehow top a tweet that had the combined powers of Angelina Jolie, Brad Pitt, Meryl Streep, Julia Roberts, Bradley Cooper, Jennifer Lawrence, Lupita Nyong'o, Kevin Spacey, and Jared Leto behind it. In fact, to meet the goal of 18 million, his tweet had to do more than five times as well as the most retweeted tweet in history. Despite having 138 followers and an unverified account, though, Wilkerson was undaunted, replying, "Consider it done."

The pressure to come up with the perfect tweet, whittled down to a tight 140 characters, would have been enough to dissuade most people — but, then again, Carter Wilkerson is not most people. Instead, he took a screenshot of his exchange with Wendy's and added the plea: "HELP ME PLEASE. A MAN NEEDS HIS NUGGS." And, boy, did the internet answer.

Instantly, the "nuggs for Carter" hashtag was born, and in a mere two days the tweet hit the one million retweet milestone. Brands such as Microsoft, Hollister, and Amazon got on board, supporting Carter's endeavor, and celebrities and public figures such as Kathy Griffin, Busy Phillips, and Jake Tapper followed suit, sharing his story on the social platform. Even Ellen DeGeneres welcomed the young influencer on her show, confronting him about challenging her record while simultaneously boosting his visibility.

On Tuesday, May 9, Twitter officially announced that Carter had broken the record for most retweets ever with 3.42 million retweets, surpassing Ellen's selfie's previous record of 3.4 million. At the time of this writing, Carter's retweets had grown to 3.5 million. While still short a couple million of his 18 million goal, Wendy's conceded to the teen's request, granting him free nuggets — and making a $100,000 donation to the Dave Thomas Foundation for Adoption in Carter's name. How's that for a win-win situation?

In just over a month, Carter's Twitter followers have grown to over 100,000, and he has been granted a verified account. Today, Carter can officially taste success, and I'd bet it tastes pretty good.

To make an additional donation to the Dave Thomas Foundation for Adoption check out the Nuggs For Carter website.