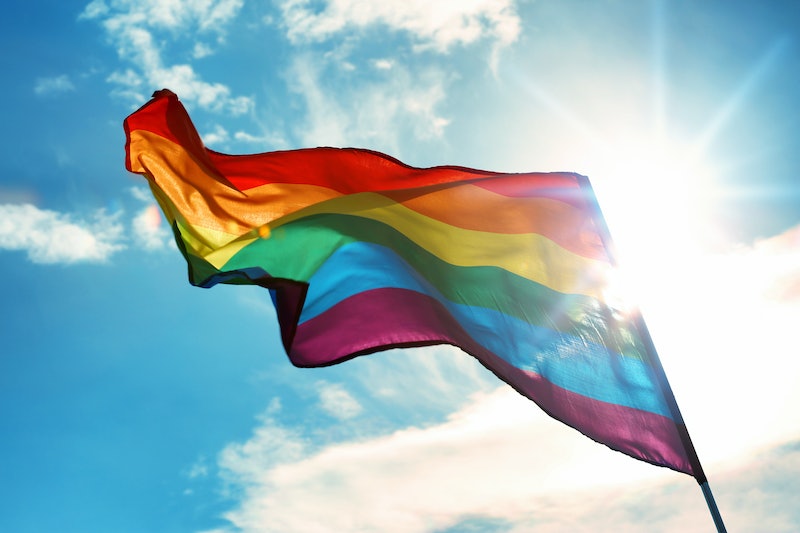 Mental well-being has been a concern for many throughout the ongoing coronavirus pandemic, particularly among vulnerable communities. And according to recent figures, the number of LGBT people seeking suicide-prevention support in the UK has significantly increased during lockdown.

As the BBC reports, the Health Equality and Rights Organisation for LGBTQ+ people (Hero) disclosed that visits to their suicide-prevention web pages have increased by 44 percent compared to the first three months of the year, with 11,000 people accessing the site. Elsewhere, transgender youth charity Mermaids revealed how they were forced to contact police following a concerning number of callers wishing to end their own lives — whilst The LGBT Foundation have also confirmed a rise in phone calls regarding suicide.

Speaking to BBC News, The Rainbow Project's Gavin Boyd joined a total of eight UK-based charities who expressed concern over the worrying increase of LGBT people seeking support for suicide prevention, revealing that "In just the last three weeks, we know of three LGBT people who have ended their lives."

The chief executive of another, unidentified charity also explained how they "know of two young LGBT people in the past two weeks" who have sadly taken their own lives, adding that they're "under more pressure to deliver than ever before."

"The government has done absolutely nothing to help regional LGBT charities cope with the demand from our already struggling service users," the chief executive commented.

The UK government has previously acknowledged the greater number of mental health issues among the LGBT community compared to the general population, and back in 2018, launched an LGBT Action Plan which focuses on "reducing suicides amongst the LGBT population." Just last year, the government also unveiled an "updated Suicide Prevention Strategy," which promised a "rapid evidence review" into LGBT suicide. However, as the BBC reports, both initiatives are yet to be put into action.

Speaking on behalf of the government, a Department for Health official said, "We are absolutely committed to supporting everyone's mental health and wellbeing, especially during this unprecedented period."

If you've been affected by the issues raised in this piece, contact Samaritans on 116 123 or visit their website.

More like this
Gen Z Are Twice As Likely To Identify As Queer, According To New Data
By Sam Ramsden
This Is When Netflix Is Going To Start Charging You For Sharing Passwords
By Darshita Goyal
Watch Jacinda Arden’s Devastatingly Honest Resignation Speech
By Sam Ramsden
Pret & Costa’s Coffee Is The Strongest On The High Street, According To Which?
By Sam Ramsden
Get The Very Best Of Bustle/UK
Sign up for Bustle UK's twice-weekly newsletter, featuring the latest must-watch TV, moving personal stories, and expert advice on the hottest viral buys.