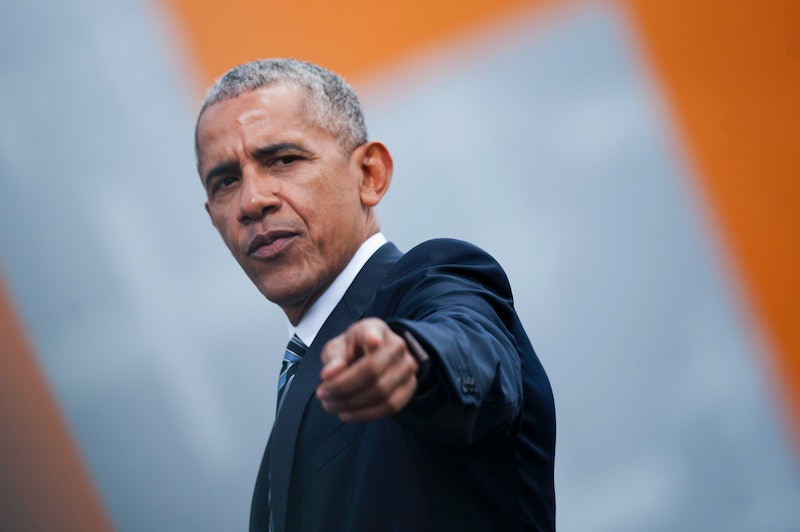 After Senate Republicans failed to garner the necessary votes to pass their "skinny repeal" bill, effectively killing their latest effort to repeal Obamacare, the namesake of the Affordable Care Act has responded. President Barack Obama applauded supporters of his signature health care law for their tireless grassroots efforts to bring down the GOP's repeal effort in a statement issued by his spokesman Friday.

"The Affordable Care Act has always been about something bigger than politics," Obama's spokesperson Kevin Lewis said in a statement. "It's about the dreams protected, and the untold misery and ruin prevented. Today, it remains that way because of everyone who mobilized, organized and made their voices heard."

The statement also noted that while Obama felt "the Affordable Care Act has made America stronger and healthier," he still acknowledged there was room for improvement and urged bipartisanship in finding a fix.

"President Obama has always said we should build on this law, just as members of both parties worked together to improve Social Security, Medicare, and Medicaid over the years," the statement read. "President Obama still believes that it is possible for Congress to demonstrate the necessary bipartisanship and political courage to keep delivering on the promise of quality, affordable health insurance for every American."

Since the Affordable Care Act was passed in October 2009, President Obama has reportedly watched Republicans in the House vote to repeal or amend his signature health care reform law in some way more than 50 times, an earlier Washington Post analysis found. The vast majority of those votes failed. And while legislation to repeal and replace Obamacare managed to squeak by the House in May, it found little favor among Republicans in the Senate, who ultimately opted to draft a pared-down repeal bill of their own.

In an early morning vote Friday, Sens. John McCain, Susan Collins, and Lisa Murkowski broke with the Republican party line to deliver the three "no" votes that killed the GOP's "skinny repeal" bill.

Although Obama has stayed largely on the sidelines of the health care debate since handing the White House over to President Donald Trump in January, he has often spoken of the need for bipartisanship. Sen. McCain voiced a similar message Friday in a statement explaining his vote against his party's latest effort to repeal Obamacare.

"One of the major failures of Obamacare was that it was rammed through Congress by Democrats on a strict-party line basis without a single Republican vote," McCain's statement reads. "We must now return to the correct way of legislating and send the bill back to committee, hold hearings, receive input from both sides of aisle, heed the recommendations of nation's governors, and produce a bill that finally delivers affordable health care for the American people. We must do the hard work our citizens expect of us and deserve."

While it's not entirely clear where health care reform will go from here, many, including, it seems, President Obama, are hoping the GOP will nix future efforts for a full repeal in favor of a bipartisan approach.