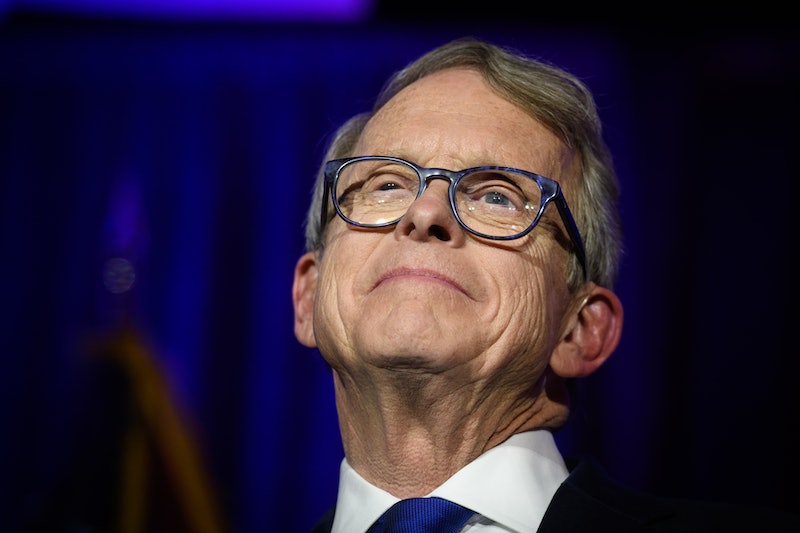 Last month, just before leaving office, former Ohio Gov. John Kasich vetoed a bill that could have banned abortion as early as six weeks into gestation, but the fight against such initiatives appears to be far from over. In speaking to a conservative radio host on Wednesday, new Ohio Gov. Mike DeWine said a "heartbeat bill" would definitely be approved, if it should make its way to his desk.

So-called "heartbeat bills" are pieces of legislation that ban abortion once a fetal heartbeat is detectable. This can ban abortions as early as six weeks into gestation. Conservative radio show host Hugh Hewitt asked DeWine if he would support such a piece of legislation if he was given the opportunity to do so.

In the lead-up to the question, Hewitt said that Kasich's veto disappointed him, and described DeWine as a "a friend of the unborn." Both Hewitt and DeWine appeared to agree that a successful six-week abortion ban in Ohio could also present a tangible challenge to Roe v Wade.

"We will do this. I just saw the headline, a court struck down another heartbeat bill for another state. But ultimately, Hugh, you and I both know that this thing once it’s passed in Ohio, once we sign it, once it becomes law. Planned Parenthood is going to be in the next day, or that day, filing a lawsuit," DeWine said during his initial response to whether he'd support such a bill. "But ultimately, this will work its way up to the United States Supreme Court. And they’ll make that decision."

The Ohio six-week abortion ban that Kasich vetoed in December would have made it a felony for any person to perform an abortion after a heartbeat was detectable, according to the Dayton Daily News. In his rejection of the bill, Kasich pointed to how expensive it would be to litigate such a law that he believed would likely be ruled unconstitutional, also per the News.

"Anti-abortion ideologues should not attempt to insert politics between a patient and their physician. What we’re seeing is state legislators, John Kasich, and Mike DeWine playing politics with women’s lives," NARAL Pro-Choice Ohio said in a statement about the proposed abortion ban in November. "This abortion ban would block patients from the care they need and deserve. If enacted, this legislation would worsen the reproductive health care crisis in our state. The decision to have an abortion is not a political decision."

Ohio is far from the only state to consider such a ban in recent months. And both proponents and advocates of such pieces of legislation generally agree that at least some version of these abortion bans will likely make its way to the Supreme Court, eventually. As of Wednesday, whether or not the Ohio state legislature is actively working on another "heartbeat bill" was not immediately clear.