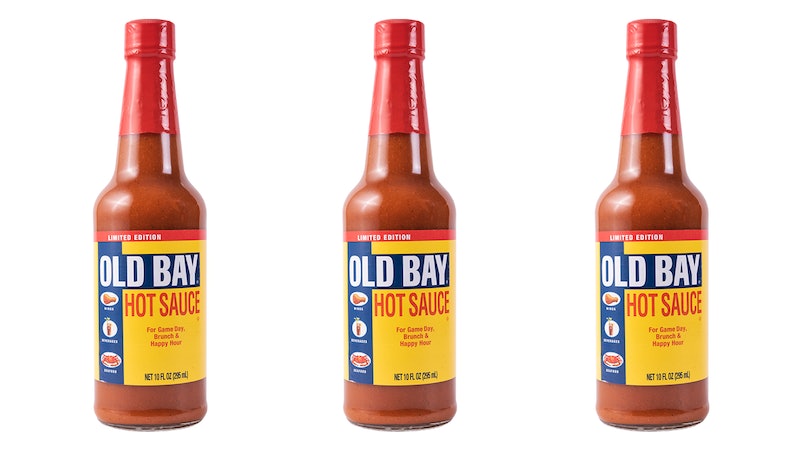 The good and spicy news is this: on Wednesday, Jan. 29, the year of our hot sauce lords 2020, Old Bay released a new hot sauce as part of a limited-edition launch. The terrible, not-so-spicy news is that the product sold out in less than a day. Please respect my hot sauce family’s privacy during this difficult, spice-less time.

It was a whirlwind of a week for hot sauce fans across the internet. On Tuesday, Jan. 28, McCormick, Old Bay’s parent company, announced their limited-run Old Bay hot sauce was on the way in a blog post. A tweet from Old Bay on the same day confirmed the limited-edition hot sauce was coming in less than a day. Chaos ensued.

Old Bay’s hot sauce announcement tweet went viral. Hot Sauce Twitter erupted in a fiery, saucy passion. People were ready to risk it all for this seasoning’s sauce. Then, on Wednesday, Jan. 29, Old Bay announced that the ordering page was live and people could get their hands on a bottle or seven. Twitter’s collective chill left the chat entirely.

There was such a high demand for this limited-edition hot sauce that Old Bay’s website crashed temporarily on Wednesday, according to PEOPLE, as well as many frustrated tweets to Old Bay. Even Mindy Kaling missed out on the sale, and betraying Mindy Kaling is a felony in most states. So, to recap, Old Bay announced they were making hot sauce, released the hot sauce, and sold out of the hot sauce all within a matter of, like, 48 hours. If nothing else, this proves that people are serious about their hot sauce.

Lest you fear I was sharing this news solely to rub in the fact that you will not get to taste the goodness that is Old Bay’s hot sauce, dry those spicy tears: Old Bay has confirmed on Twitter that they will be restocking the Old Bay hot sauce, though it’s unclear what the timeline will be. Hopefully, it is soon. My hot sauce family is dying.

While only the select few who were quick to hit Buy know exactly how Old Bay Hot Sauce tastes, Old Bay’s announcement said it’s essentially the iconic flavor you love but in hot sauce form. The company recommends adding it to chili, hot wings, nachos, and Bloody Mary cocktails. However, I would argue that any and all savory recipes are the perfect homes for Old Bay hot sauce.

If you’re really desperate for the sauce, you’ll want to keep an eye out at local restaurants and grocery stores like Acme, Wegmans, and Safeway in the near future as PEOPLE reports that Old Bay hot sauce will be making an appearance at select retailers soon.

Aside from your time and patience, you shouldn’t have to shell out too much to get a bottle of the Old Bay hot sauce as the product is selling at $3.49, However, people are already hawking the hot sauce on eBay with a steep up-charge. If you can’t wait until Old Bay restocks their sauce, you can get a second-hand bottle for anywhere from $49.99 to $120.

Stay saucy out there, folks.