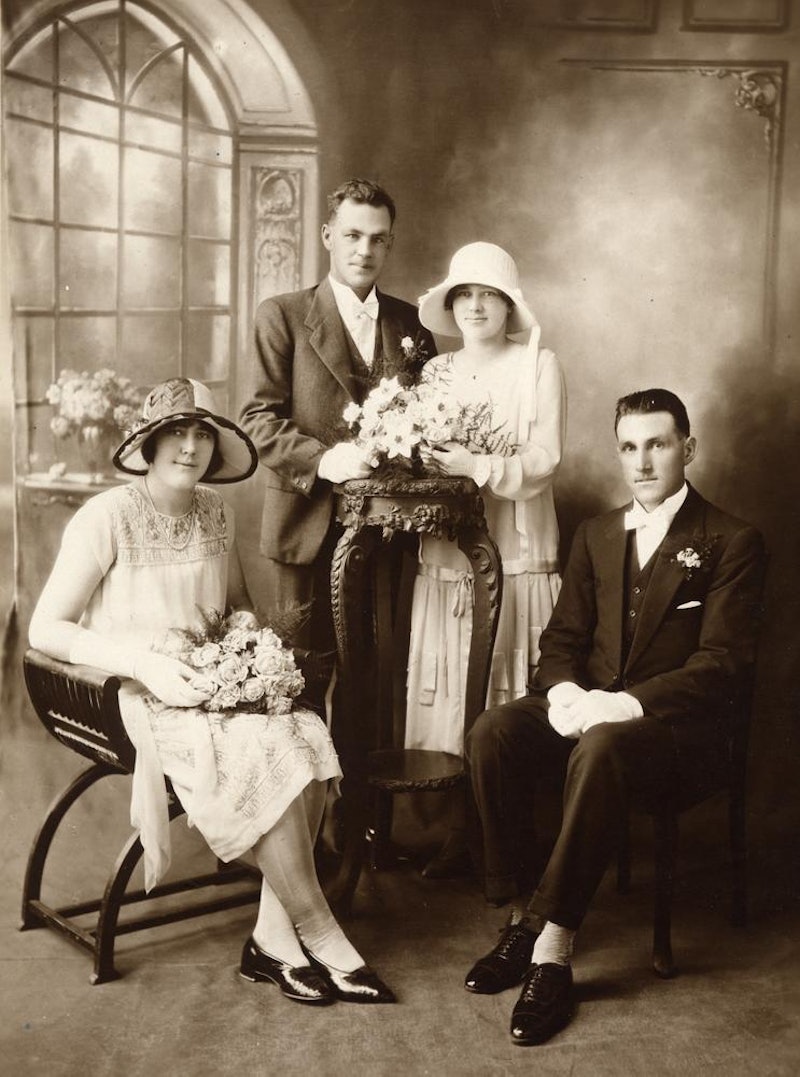 As Meghan Markle and Prince Harry's wedding approaches, guests are probably brushing off their top hats and rehearsing which fork goes with which course, in case they accidentally hit the Queen with an oyster. But while the etiquette of a British royal wedding is traditional and often spectacularly strict — guests are not allowed to speak to the Queen unless she speaks to them, or offer to shake her hand — other aspects of wedding etiquette from the past have thankfully fallen by the wayside. For us non-royals, what you're supposed to do at a wedding can be murky territory, but it's nothing compared to bonkers old-fashioned wedding etiquette that, blessedly, is no longer a thing.

Of course, Meghan and Harry have the added etiquette challenge of being nice to the paparazzi while also keeping out curious intruders. According to Mrs. Desmond Humphreys, writing about etiquette in New York in 1910, public fervor around celebrity weddings is nothing new. One wedding on Fifth Avenue, she wrote, drew record crowds of thousands, "all seething, struggling, fighting, shrieking, under the pouring rain, and crowding the muddy street in order to see — what? A commonplace young man and woman get in and out of a motor car." Perhaps that bit of history will comfort Meghan and Harry as they wave at the crowds — but they'll probably also be grateful that they don't have to stop eating the delicious wedding cake for fear of looking "sexually improper." Here are six pieces of wedding etiquette you won't believe used to happen.