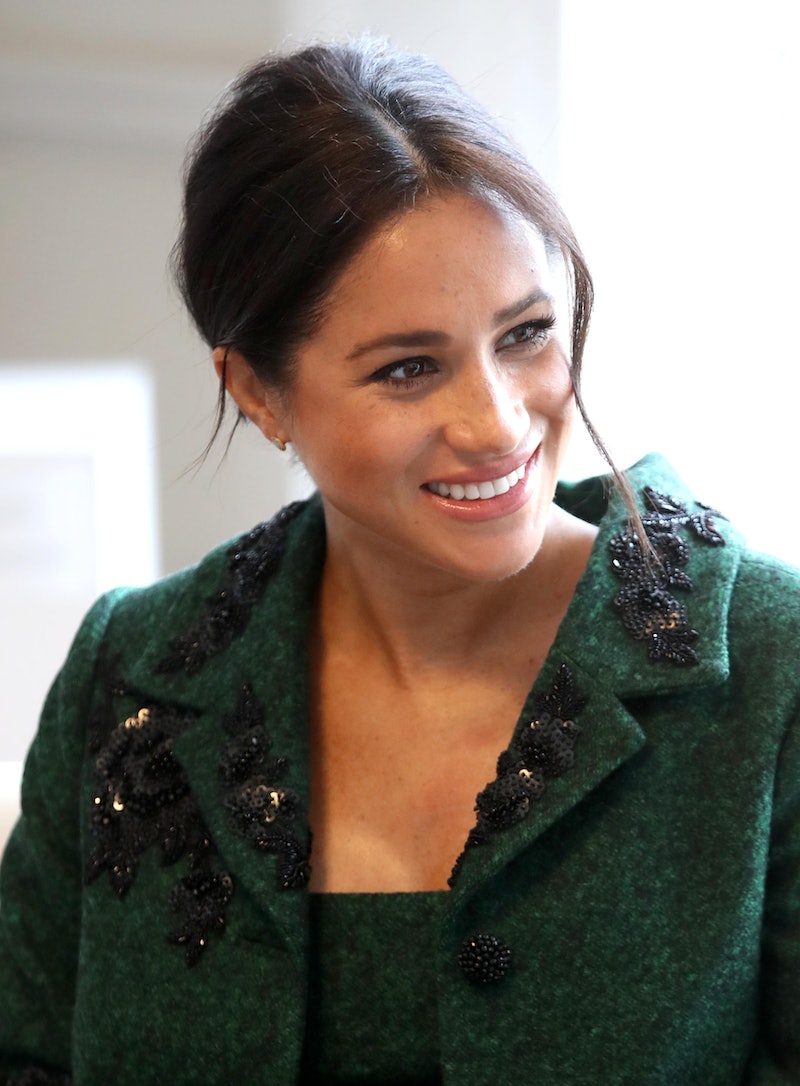 You know Meghan Markle. She's the Duchess of Sussex and was sworn into the Royal Family in a televised wedding to Prince Harry that got 29 million American viewers. She's refined, royalty, and dons fancy hats. Now, picture her as an LA party girl partaking in the city's wildest adventures. Soon, you won't have to picture it, you can watch. Max Greenfield's comments about Meghan Markle suggest audiences may be seeing the Duchess in an unexpected acting role.

Someone out there has unearthed a 2011 pilot Greenfield shot with Markle for Comedy Central called The Boys and Girls Guide to Getting Down. On Monday night, Greenfield talked about the pilot which gave an "outrageous" look at LA party life, and was supposedly too raunchy to air, during a visit to The Late Late Show. "I got some sort of email recently, saying, 'This person has bought it and they're putting it out,'" the actor revealed. "I was like, 'Great,'" he said nonchalantly shrugging his shoulders, "'Good for you.'"

Almost a decade later, Greenfield still isn't sure exactly what they shot. "I don't know what it was," he said, regarding whether it was a TV film or series pilot. "I would assume they have their reasons as to why they're putting it out." The actor admitted he doesn't know how or where it will potentially be released, so he'll have to wait patiently like the rest of us. However, earlier this year it was reported that Artist Rights Distribution for North America picked up the movie for distribution.

According to IMDb, Boys and Girls Guide "takes you through a night of partying in LA." It is reportedly "funny and somewhat outrageous, [giving] partiers helpful tips about which substances should not be mixed, how to approach potential hook-ups, avoid undesirables, and basically have a good time without completely destroying yourself."

The poster, on IMDb, has the tagline "A Real Life Guide To Sex, Drugs, & Bad Behavior" over a compilation of graphics and photos, one of which looks like a club scene and another of a woman and man laughing in bed. Markle is credited as the lead character Dana and Greenfield as character Joey. The director was Michael Shapiro who has a few credits including helming a CSI episode in 2000.

During the interview, Greenfield also admitted he and the Duchess did not keep in touch after shooting this mystery project together. "No, Meghan and I didn't connect after that. Or doing that," he said. "Look, had I known, I maybe would've played my cards a little differently," he joked, explaining that he wasn't invited to her royal wedding. "I assume there'd be so much stress involved. Do you bring a gift?" he said.

Before becoming British royalty, Markle was most known for her role as Rachel Zane in the USA legal drama Suits. She stared in the series from 2011 to 2018 and also appeared in the 2011 comedy Horrible Bosses and 2010's Remember Me. After all she's done, though, it seems audiences haven't seen anything yet.