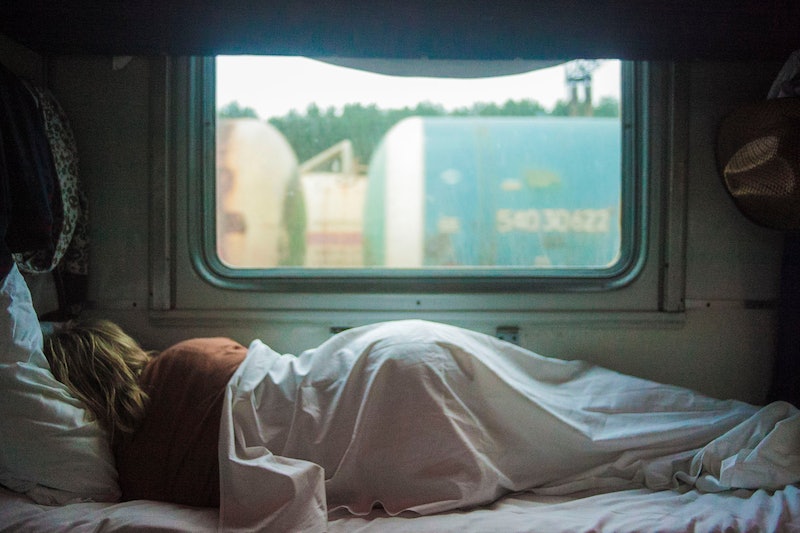 It's been said time and again that exercise can help alleviate symptoms of depression. According to a new study, even one hour of exercise a week can help prevent future depressive episodes. The research, published in The American Journal of Psychiatry earlier this month, focused on whether exercise can help prevent new episodes of depression and anxiety. The findings are being lauded as great news, but those of us who are already depressed may feel discouraged after reading. One of the first things I was told after being diagnosed with major depressive disorder was how helpful exercise would be when it came to recovery and preventing future hospitalizations, but even an hour a week can feel impossible if you're in the middle of a depressive episode.

The study isn't problematic in itself. It's thorough, and the results are interesting. Researchers studied more than 33,000 adults for 11 years who had no physical or mental health issues. They found regular exercise of any intensity helped protect against depressive symptoms, although exercise didn't seem to have any impact on preventing anxiety. The study's authors say exercise offers social and physical benefits, both of which can help ward off depression.

But what do you do if you're already depressed? Even though research has proven exercise often helps with depressive symptoms and even works as well as antidepressants for some people, it can be difficult to find the motivation to get out of bed, let alone work out. According to psychologist Dorian Crawford, PsyD, telling depressed people to exercise can help prevent future episodes isn't useful. She says that exercise does help with depression and other mental disorders, but a person dealing with a depressive episode is unlikely to find that motivating. Getting off the couch is often an accomplishment, she says. Crawford once had a patient who could barely find the energy to come to therapy appointments: She helped him work up the motivation to walk around the block, but even that took several months of treatment.

I often feel ashamed when I think about my exercise routine (or lack thereof). Like many depressed people, I often lack the motivation to complete simple tasks, like making my bed or responding to text messages. If I'm experiencing a depressive episode, things get even worse. I lose my desire to shower and brush my hair. This is all probably unfathomable to someone who hasn't dealt with mental illness, but it's my reality. Crawford says my experience is a common one. Some depressed people have agitated depression, which manifests as restlessness and an inability to sit still, but feeling sluggish when you're depressed is common. She says most depressive episodes last about six months, and a person's energy levels will vary depending on how far into an episode they are.

If someone is trying to get active during depression, one of the most effective ways to do so is to get a dog, she says. Of course, if someone is severely depressed, they won't be able to leave the house to walk a pet. But having an animal who needs exercise and attention could get you out of the house, even if it's just walking down your driveway. If you're not a dog person, you can still find ways to get moving. Set small goals, like checking the mail every day. If you're too depressed to leave the house, you can even set a goal to walk to the kitchen once a day. Don't worry if an hour of exercise every week sounds like a ridiculous goal. You can still find ways to achieve your goals, regardless of how small they may seem to other people.