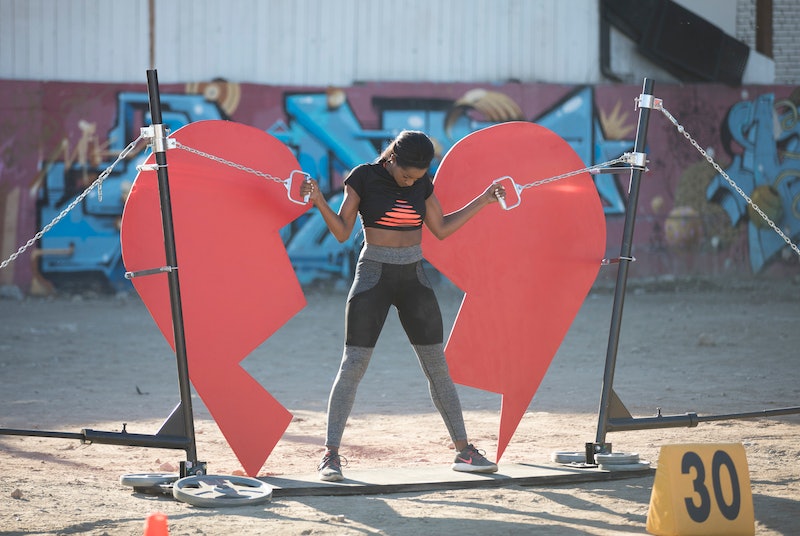 Season 23 of ABC’s hit reality dating show The Bachelor is officially in full swing as a throng of ladies scramble to score a rose from Colton Underwood in hopes of finding true love. Several women have already been sent packing, but the remaining women are dishing out more than enough drama to keep things interesting, especially Oneyka. She hasn’t been established as this season’s unofficial villain nor one of Colton's favorites at this time, but her bold and outspoken personality has certainly rubbed a few fellow contestants the wrong way. And, Oneyka’s Instagram page reveals that she’s determined to snag the final rose and win Colton’s heart.

Prior to The Bachelor, the Dallas, Texas-based IT consultant often posted pictures from her travels posted a photo of her international travels and festival fun with friends. Now, her page is a lot less active as she keeps the details of her current life mostly private. It's a smart move, especially since their relationship status is supposed to be shrouded in secrecy while the season is on-air.

However, she did share a photo of her meeting Colton for the first time with a caption that jokingly said he eliminated all the other girls after they shared a special moment. Wait, what? There's no way that Bachelor producers would allow Oneyka to drop the such a massive spoiler right away, but it was enough to get fans stirred up about her confidence. Several Instagram users posted comments about their annoyance with her post while her faithful followers and fans praised her larger-than-life personality.

That post could be a sign that she’s definitely not the chosen one because she would have to remain quiet but perhaps her sly trolling will actually turn out to be the truth. After all, she revealed in her bio that her parents, who have been married for 35 years, got engaged only two weeks after they met, so maybe she will have that same stroke of luck with Colton. Anything is possible, especially in the wonderful world of reality love competitions.

It also looks like Onekya had a New Year's Eve kiss...but it wasn't with Colton! She shared a couple of photos with a few ladies at a party in Dallas and asked her followers to guess which one(s) she kissed to ring in 2019. Of course, it's probably another lively joke but could it be a sign that she's single? Surely Colton wouldn't be down for his lady giving away such a special kiss, right? It's hard to tell if she's trying to throw fans off of her tracks or she's dropping hints that things didn't pan out on The Bachelor. Interestingly, Colton brought in the new year in NYC, but this doesn't necessarily mean that these two aren't an official item.

Will Onekya make it the distance? Or, is she living her best single life? The only way to find out what's really going down is by tuning in to The Bachelor each Monday at 8 p.m. ET.