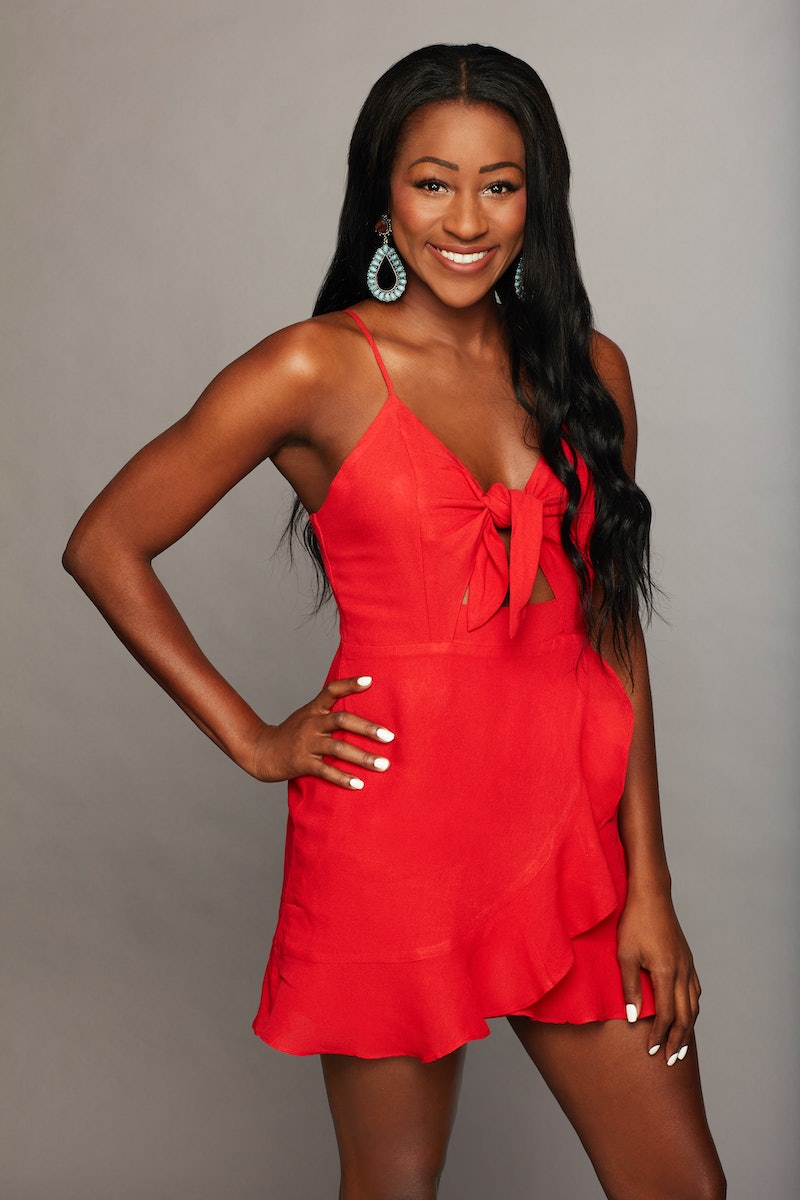 On Jan. 7, Colton will have his hands full meeting the 30 women vying for his heart on this season of The Bachelor. Each woman is a standout in her own way. For example, there are pageant contestants, models, and someone described as a "sloth" all hoping to walk away with the final rose. But be sure to keep an eye on Bachelor contestant Onyeka, because Colton could definitely fall for this lovely lady.

According to the 24-year-old's ABC bio, she grew up in Kansas and both of her parents are from Nigeria, but she currently lives in Dallas, Texas (Hey! That's where last year's winner Lauren Burnham was from!). Her bio also says she's an IT Risk Consultant, while her LinkedIn reveals she works for the tax and auditing company KPMG, where she's been since 2015.

But she may have a change of job soon. That's because, per her Facebook page, Onyeka passed her CPA exam just before leaving to go film The Bachelor. The exam will allow her to be a Certified Public Accountant. Since, per her LinkedIn, she majored in accounting at Kansas State University, this seems like a huge step for her in her career. Of course, if she wins The Bachelor or even just gains a large public following, she could always switch gears into her dream profession. According to her ABC bio, that's being a music producer.

Whatever profession Onyeka winds up in, her Instagram shows she leads a fabulous life outside of work.

She Recently Traveled To Japan

Talk about an epic summer vacation. And this was before she went on The Bachelor, which comes with its own amazing travel experiences.

She Also Rode A Camel In Dubai

As is everyone on The Bachelor, TBH.

She's gotta root for her Dallas home team. Considering that Colton is a former football player, they'll likely be able to bond over this.

She Has The Cutest Pup

Colton also loves dogs, so this could be a match made in heaven. And, when it comes to finding love in just a matter of weeks, Onyeka has a great couple to look up to. Her ABC bio reveals that her parents got engaged after just two weeks. By that standard, the show's eight weeks of filming is practically forever!

Fans will have to wait until the premiere to see Onyeka and Colton's potential bond in action, but, until then, there are a couple of press photos to tide viewers over.

They reveal that Onyeka shows up in a gorgeous silver dress and big, bejeweled earrings.

She also definitely gets to "steal him for a sec" because she seems to be having a nice one-on-one chat here:

As for how that talk goes, fans will just have to tune in on Jan. 7 to see if Onyeka is the one Colton can account on. Cheesy, yes, but Onyeka did say in her Twitter bio that she likes her puns intended!