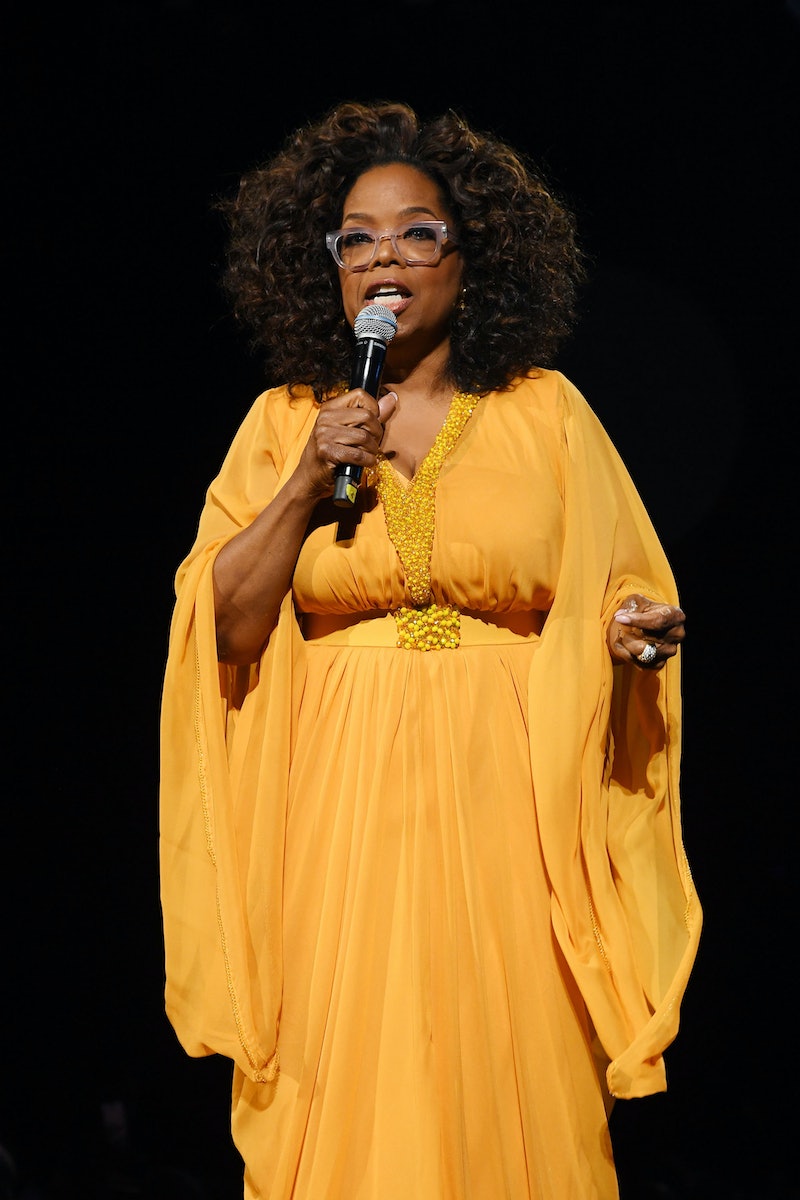 During a recent interview for The Hollywood Reporter's Empowerment Issue, Oprah Winfrey revealed that she won't be acting anymore and her reason for calling it quits is totally understandable. After being asked if more film and television roles were in her future, Oprah shared, "No, it doesn't feed me anymore," explaining that playing the role of Mrs. Which in Ava DuVernay's A Wrinkle In Time was more about the film's wardrobe and location than anything else. Amidst her discussion for THR's April 30 cover, where she also shared that she's stepped down from her position with 60 Minutes, Oprah added,

"But I think to be really, really good at it, you've got to do it a lot. You've got to work at it. And it's got to be something that you have true passion about. I don't think it's something you can dabble in. It was fun to be Mrs. Which, and I did that because I wanted to go to New Zealand and wear the costumes."

While Oprah won't be taking on any new acting roles going forward, she does admit that there's still a lot of temptation when a certain roles cross her path. Speaking with THR, she explained,

"It doesn't feed my soul anymore. I can't imagine something coming along except … Oh, I can't tell you because then when somebody else gets it they'll know I was offered it [first]. But there was something that I was offered on Broadway — Scott Rudin sent me a letter and said, 'You should take this role,' and it was really, really tempting."

It's important to be clear that her recent comments are by no means a signal of looming retirement for the 65-year-old philanthropist. And while she, sadly, won't be making a run for president in 2020, fans can rest assured that there's a lot on the horizon for Ms. Winfrey given that she's been fully invested in several projects behind the scenes — many of which are lined-up to debut in the near future.

Just this past March, Oprah announced a partnership with Apple TV+ that would involve two docuseries for the streaming service, according to Entertainment Weekly. The multi-faceted deal will include a project entitled Toxic Labor that will address sexual harassment in the workplace, while a second untitled series will focus on mental health. In addition to the new documentaries, the former television host also announced that she'll be launching a new version of her famed Book Club through the Apple partnership. During her appearance at an Apple event earlier this year, Oprah revealed that the reboot of the club — which was first founded in 1996 — will be "the biggest, most vibrant, the most stimulating book club on the planet."

Following a decades-long career in entertainment and media, which has made her a household name and amassed a multibillion dollar empire, Oprah has certainly earned the right to do whatever she pleases. And it seems that she intends to do just that.