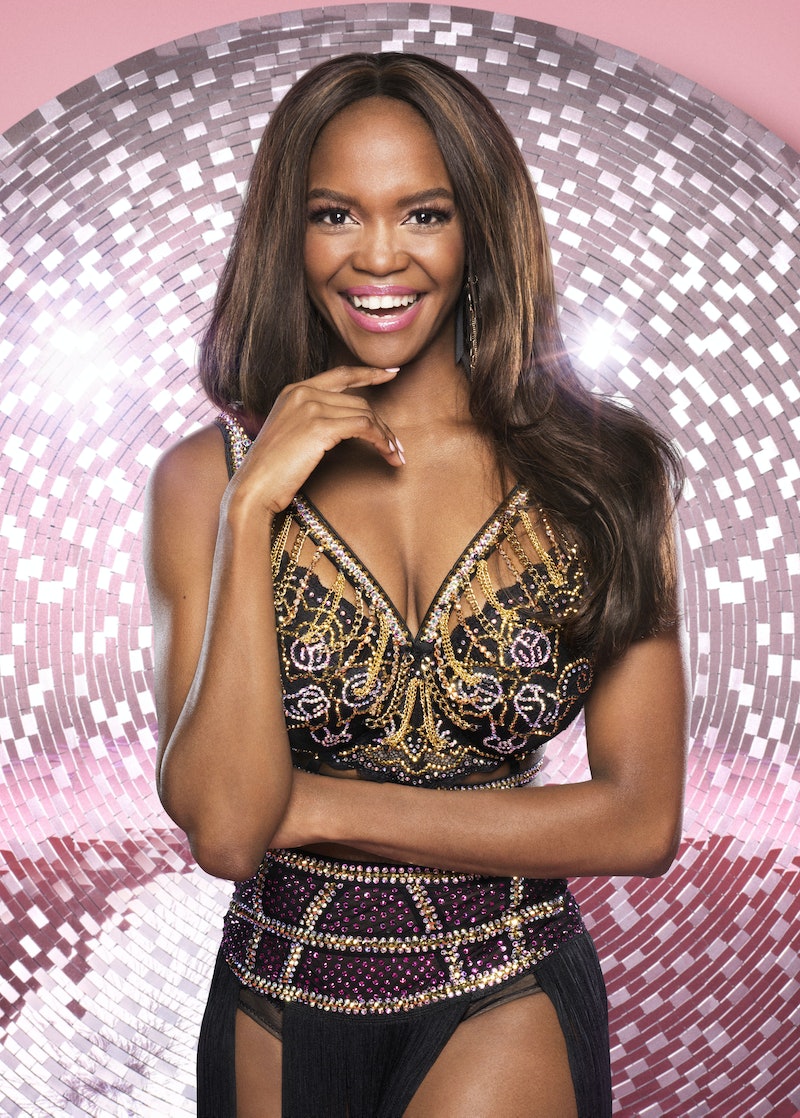 Despite not kicking off until later this year, the upcoming series of Strictly Come Dancing is already surrounded with speculation. Ever since the conclusion of last year's run, which saw Stacey Dooley emerge victorious, fans of the show have been eager to know which famous faces will be taking to the BBC dance-floor next — and it seems that One Show presenters Alex Jones and Matt Baker are just as curious. During a recent interview on the BBC show, the presenters quizzed Strictly professionals about the rumoured lineup, and Oti Mabuse revealed who she wants to join Strictly 2019.

While quizzing ten Strictly Come Dancing professionals about their upcoming arena tour, One Show hosts Jones and Baker managed to slip in a cheeky question about this year's rumoured celebrity lineup. According to the Express, The One Show presenters asked the professionals to confirm or deny the involvement of rumoured celebs by showing pictures of the reported Strictly 2019 cast. The faces shown included the likes of Fearne Cotton, Eamonn Holmes and Louis Theroux. However, the professionals refused to budge and claimed they had no insider knowledge of who might be taking part.

That is until Jones turned her attention to The Greatest Dancer star, Oti Mabuse, who revealed that the celebrity she would most like to see join the next series is Mark Labbett (The Beast) from ITV's The Chase.

As reported by Digital Spy, Mabuse made the revelation after being pressed by Jones about who she would like to see dancing this year. She said, "I think The Beast from The Chase. That would be really exciting," and when explaining her reasoning behind the rather unexpected choice, Mabuse went on to say, "He's always, sort of, serious and quite stern. It would be nice to see him do a salsa or something." The dancer was then asked by fellow professional AJ Pritchard if she wants to bring out the "softer side" of 'The Beast,' to which she replied by saying, "always."

Mabuse also recently commented on Darcey Bussell's departure from the BBC competition series. According to the Evening Standard, the Strictly professional acknowledged that Bussell's replacement will have to embody the same "angelic" approach to the judging role. She said: "Darcey was so amazing. What she brought was this kind of angelic side of things. Whoever gets it has to show they know what they’re talking about."

According to Hello!, Bussell's replacement is expected to be announced sometime during the few months, and it appears that Mabuse wasn't the only Strictly star surprised by the former judge's departure. Speaking to Graham Norton on BBC Radio 2, long-time Strictly Come Dancing pro Anton du Beke revealed that nobody was aware of Bussell's or fellow Strictly star Pasha Kovalev's plans to quit the show. He said: "I didn't know that Pasha was going to leave, that was a bold out the blue as well. He never mentioned anything last year. Apparently, he never mentioned anything to Ashley [Roberts], his partner, either. And Darcey, exactly the same. Absolutely out of the blue."

Strictly Come Dancing is expected to return later in the year, and if the names attached to the upcoming series turn out to be true, fans of the hit ballroom show are in for a real treat.