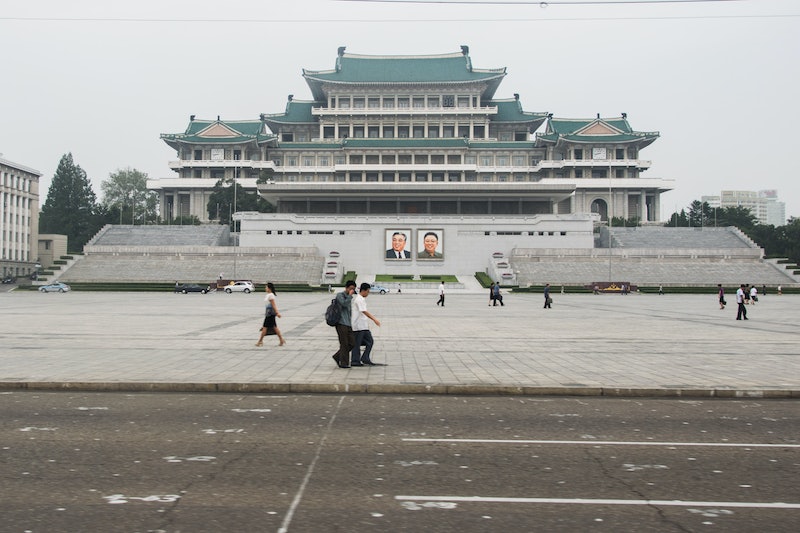 In his first public interview, Otto Warmbier's roommate in North Korea spoke out about his relationship with the recently-released American, who had been detained in North Korea for over a year. Danny Gratton was on the same tour of the country as Warmbier, and the two had struck up a friendship before the latter was detained in 2016.

"Otto was just a really great lad who fell into the most horrendous situation that no one could ever believe," Gratton told The Washington Post. "It's just something I think in the Western world we just can't understand, we just can't grasp, the evilness behind [the North Korean] dictatorship."

The North Korean government detained Warmbier in January 2016, and later sentenced him to 15 years hard labor. Warmbier was accused of taking a propaganda poster off of the wall in a hotel, which the government considered a "hostile act" against the country. After being detained for more than 17 months, Warmbier was released to his family in the U.S. on Tuesday, but reportedly is in a coma and has sustained severe brain damage.

Gratton depicted Warmbier in flattering terms, calling him "such a mature lad for his age," and cast doubt on the North Korean government's version of events. The two shared a room during the trip and spent a good amount of time together in the days leading up to Warmbier's detention, Gratton said. They bonded over beers on the first night, according to Gratton, who said Warmbier's demeanor didn't suggest that he was the kind of person who would try to steal a poster from a hotel.

"I've got nothing from my experiences with him that would suggest he would do something like that," Gratton said. "At no stage did I ever think he was anything but a very, very polite kid." He added that the punishment Warmbier suffered would have been grossly out of proportion even if he was guilty of removing a poster from a hotel.

Gratton witnessed Warmbier being led away by North Korean authorities at the airport, and said that he's stayed in intermittent contact with Warmbier's parents since then. He said he was "stunned" that nobody in the U.S. government, or the tour group of which he was a part, ever contacted him for questioning after Warmbier was detained.

"Every once in a while, [North Korea's government] single[s] out someone to make a point, and this was just Otto’s turn," Gratton said. "It's so sick and warped and unnecessary and evil."

North Korea has said that Warmbier's brain damage is the result of botulism that he contracted after taking a sleeping pill. However, doctors at the University of Cincinnati Medical Center who have examined him say that he shows no signs of botulism; they haven't speculated as to how he did sustain his injuries, though. Warmbier is reportedly unresponsive to to verbal commands, and his doctors describe him as being in a state of "unresponsive wakefulness."