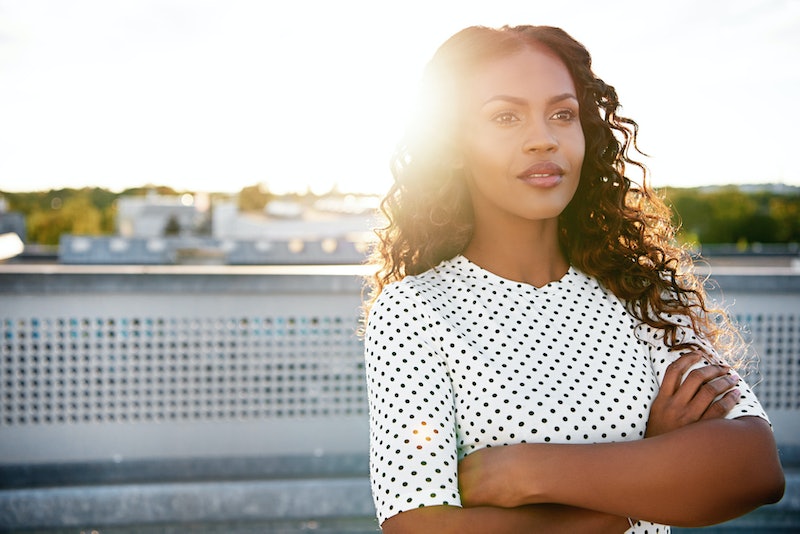 The human brain is a fascinating place. I can tell you to think of anything, anything at all, except a lion with Guy Fieri’s haircut, and here you are, probably thinking about a lion with Guy Fieri’s haircut. Likewise, the way we process the things we see is equally malleable: often we don’t remember something exactly as it appeared or occurred in reality. In fact, a new study suggests our emotions may shape what we see, meaning how we feel in a particular moment could change how we view the world right in front of our own eyes.

“We do not passively detect information in the world and then react to it,” researchers explain in a press release for the study. “We construct perceptions of the world as the architects of our own experience. Our affective feelings are a critical determinant of the experience we create.” Essentially, we see the world differently depending on whether we are feeling good, bad, hangry, or what have you.

In this new study, published in the journal Psychological Science, researchers from the University of California - San Francisco wanted to see if people’s emotional state could change the way they see an otherwise neutral face. Researchers used “continuous flash suppression,” a technique that made participants unaware they were being presented additional stimuli. They showed participants a low-contrast image of a smiling, scowling, or neutral face in addition to the neutral face being presented to their dominant eye. Afterwards, participants were shown five different faces and asked to pick the face that best matched the face they saw during the trial.

Although all participants were presented with a neutral face, those who were shown a smiling face via continuous flash suppression were more likely to say the face they saw with their dominant eye was smiling.

In other words, participants who subconsciously saw a positive, smiling image were more likely to view a neutral face as happy.

Researchers also conducted a second experiment to gauge the effect of awareness on emotions and sight. Participants were asked to guess whether they thought the additional suppressed image being shown through continuous flash suppression was smiling, scowling, or neutral. If a participant was able to guess the suppressed image at a “better than chance” level, they were not included in the analysis. Still, the results were consistent: participants who were subconsciously shown a smiling face were more likely to view the neutral face as smiling.

These results are particularly interesting given previous research about how negative emotions can shape what we see. One recent study on depression and memory found people with major depressive disorder (MDD) tend to have a stronger emotional response when asked to recall painful memories, more so than those without MDD. “Studies often show negative stimuli as having greater influence on behavior and decision making,” states the website Psychological Science.

This new research suggests positive emotions may equally influence behavior, memory, and our perception of the world.

Previous studies suggest sight isn’t the only sense able to influence memory: scent is powerful especially when it comes to feelings of nostalgia. Recent research on scent and nostalgia found that the same part of our brain will process smells and long-term memory, linking the two in our minds. Additionally, smell can affect memory, making us remember the past more fondly.

Likewise, smell can trigger negative memories with the same power as positive ones. There’s even a word for it: osmophobia. Those who experience osmophobia “express a general fear, aversion, or psychological hypersensitivity” to certain odors. Sometimes it’s a helpful, biological thing: the smell of gas and smoke alert us of potential danger. However, it can also create associations between otherwise unrelated things.

This latest study on emotion and memory is a helpful reminder that we are not always entirely aware of how we view the world. Or, more specifically, why we view the world the way we do. Our unconscious biases, like implicitly viewing something as good or bad, in turn impact the way we interact with the things and people around us. Remembering that the world we see isn’t always the world someone else sees is both helpful to understand ourselves and people as a whole.