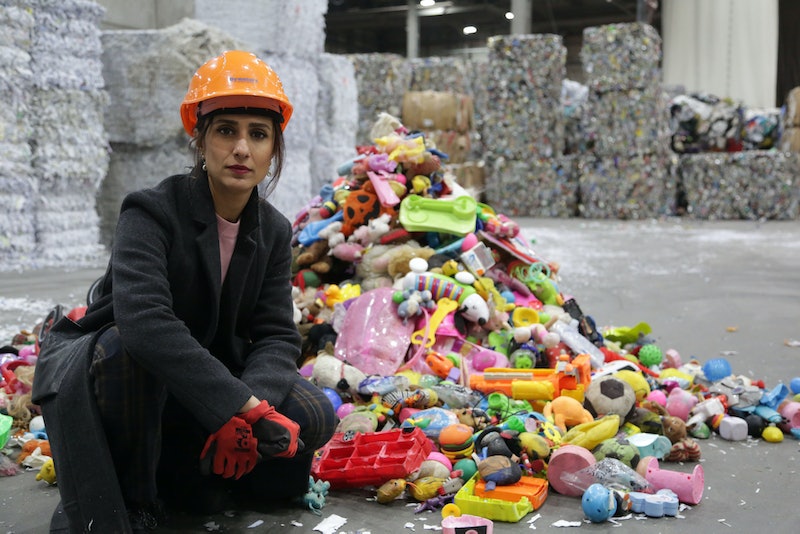 While War on Plastic with Hugh and Anita has sadly come to an end, the key environmental message from the show lives on. The three-part BBC series tackled very urgent issue of plastic use and its environmental consequences in the UK. Now #OurPlasticFeedback is trending after the last episode of the show put a call out for people across the country to stand up to their supermarkets and demand action. Here's how the new hashtag could help spread the message of the environmental impact of single-use plastics.

The nifty new hashtag, #OurPlasticFeedback asks people at home to give their feedback to big supermarkets by writing a message on pesky plastics and returning them back to the supermarkets where they were first purchased. "We need to make ourselves heard", Hugh exclaims at the end of the last episode before encouraging everyone at home to get stuck in and use the hashtag. The idea is that most supermarkets ask for customer feedback, so now it's an opportunity to voice our concerns directly to them.

These days, you can't go into a supermarket without seeing courgettes or a singular broccoli wrapped in an unnecessary amount of plastic, which just ends up in a landfill. One child on the show made a valid point that bananas for example already have natural packaging, therefore they don't need plastic.

According to The Independent, 7 out of the 10 leading supermarkets in the country, "are putting into circulation around 59 billion pieces of plastic packaging a year – roughly 2,000 pieces for every household in the country." And Greenpeace reported last year that Aldi, Co-op, Sainsbury’s, Tesco, and Waitrose had no specific targets for reducing plastic packaging, and only four supermarkets had the option of using refillable containers.

The hashtag is even attracting a couple of famous faces too. TV cook Mary Berry, Absolutely Fabulous star Joanna Lumley, and even everyone's favourite natural historian David Attenborough are all telling their supermarkets exactly how they feel. "For the sake of the planet, less plastic please," Attenborough wrote on a piece of plastic.

This is a perfect example of how social media can be harnessed to work towards positive change. War On Plastic is proving that plastic is an issue that everyone should be fighting against. Perhaps this will be one of many steps to get supermarkets and even the government listening to the very real and very urgent concerns people have surrounding single-use plastic.