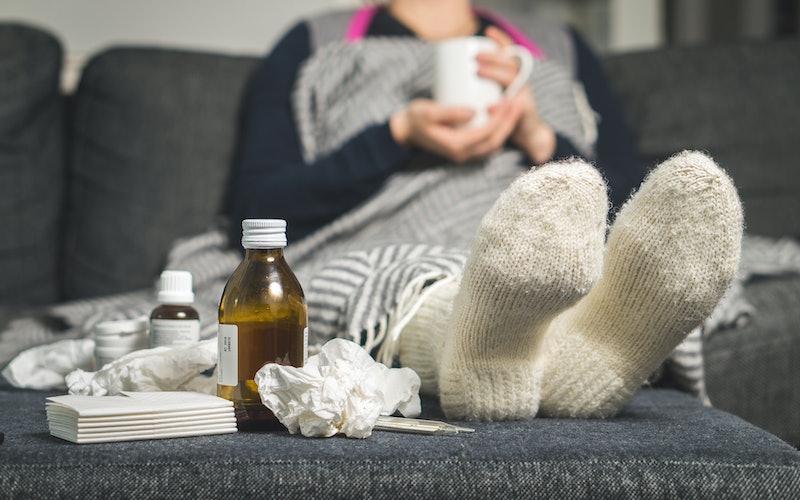 This year’s severe cold and flu season has taken many in the United States by surprise, but people are finding ways to try to avoid getting sick or feel better faster when they do start feeling under the weather. Seeing folks stock up on over the counter medicine is a common sight at grocery stores and pharmacies all over the country. You may be familiar with some of the side effects of over the counter medicine; dizziness, nausea, drowsiness, and headaches are some common ones. But new research suggests that over the counter medicine can also impact your mood, ability to empathize with others, and capacity to process information accurately.

The research, which examined the findings of several recent studies, was published in Policy Insights from the Behavioral and Brain Sciences. The authors reviewed studies that looked at people’s sensitivity to emotionally painful experiences, reactions to emotional objects, ability to empathize with others’ pains, discomfort from parting with possessions, and capacity to process information. After reviewing the separate studies, the article’s authors compiled a set of potential side effects that you probably didn’t know you were susceptible because you took some grape flavored cough syrup.

Nurse Alice Benjamin tells Bustle, "If taking OTC medication can blunt the one's reaction to pain, it reasonably could distort their perception or compassion for someone else's pain. The science behind this is that the perception of social pain involves similar neural mechanisms to physical pain. So if medications can reduce physical pain it can blunt their own feelings."

For example, to determine sensitivity to emotionally painful experiences, women and men participating in a study were asked to write about a time when they were betrayed. Compared to other women who took a placebo, women who took a dose of ibuprofen reported having fewer hurt feelings from the betrayal they wrote about. Men, however, were more emotional about having been betrayed after taking the ibuprofen than men who had only received a placebo.

“These findings suggest other people’s pain doesn’t seem as big of a deal to you when you’ve taken acetaminophen,” said Dominik Mischkowski, who co-authored the study, told Ohio State News. Baldwin Way, the other co-author of the study, added, “We don’t know why acetaminophen is having these effects, but it is concerning. Empathy is important. If you are having an argument with your spouse and you just took acetaminophen, this research suggests you might be less understanding of what you did to hurt your spouse’s feelings.”

Surprisingly, OTC could also impact your ability or desire to negotiate. In another study, participants were given a dose of acetaminophen then asked to determine a selling price for an item they already owned. People who took the acetaminophen were willing to sell their items for less than those who took a placebo. Acetaminophen also contributed to participants making more errors in a game where they were asked to perform or not perform various tasks.

“It looks like acetaminophen makes it harder to recognize an error, which may have implications for cognitive control in daily life,” Dan Randles, the lead author of Acetaminophen Attenuates Error Evaluation In Cortex, said in a press release. “An obvious question is if people aren’t detecting these errors, are they also making errors more often when taking acetaminophen?”

If you’ve bought OTC medicine recently, you may have noticed a warning about not driving or operating heavy machinery, but there aren’t any warnings about not discussing a promotion or listening to a friend vent about a tough situation she’s going through. But maybe there should be.

"In many ways, the reviewed findings are alarming," Ratner wrote in a press release. "Consumers assume that when they take an over the counter pain medication, it will relieve their physical symptoms, but they do not anticipate broader psychological effects."

The article’s authors note that more research needs to be done on the impact of OTC medicine taken in combination with other medicine and how OTC medicine may negatively affect people with depression or people who generally have trouble feeling pleasure. More studies need to be conducted to confirm that OTC comes with mood altering side effects, so in the meantime, be mindful of how your mood changes when you’re taking OTC medicine.