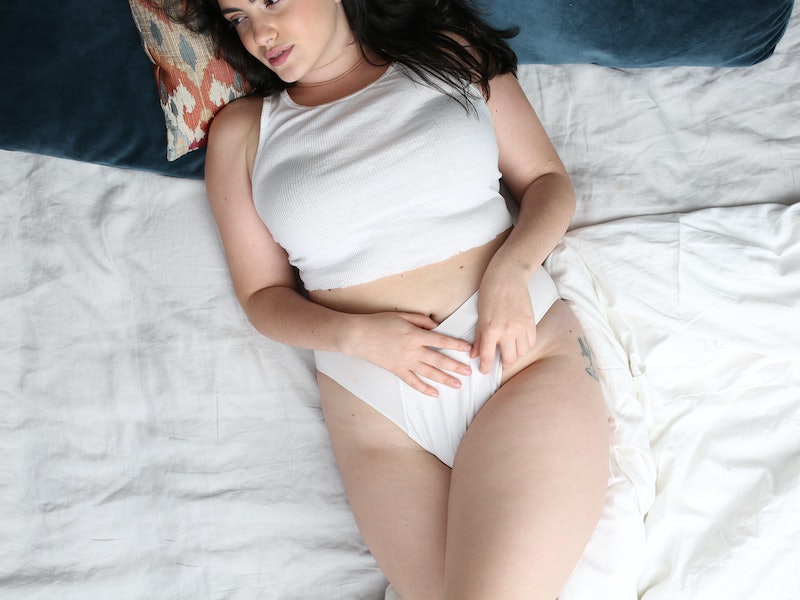 For some women, PMS, the Pill, and pretty much everything related to the menstrual cycle can feel like a total rollercoaster. But for others, it's not as big of a deal. But exactly how much control does ovulation have over a woman's life? Older research found that ovulation controlled everything, from the way women dress to what kind of partner they were attracted to. But new research published in the Journal of Personality and Social Psychology, says that there may be a simpler connection between ovulation and desires.

The study was predicated on the fact that, though a lot of research has found variance in women's appearance, sex drive, and mate preferences at different points in her cycle, much of that research has been flawed by issues like small sample size and poor design. So instead, the researchers decided to do a larger study and see if a woman's cycle really has that much of an impact on these areas.

The researchers collected 26,000 daily reports from 1,043 heterosexual women in relationships from Germany, Austria, and Switzerland. About 60 percent of participants were on some form of hormonal birth control. Each of the daily reports included surveys questioning different aspects of their relationship, their self-esteem, narcissism levels, sexual desire and behavior, and their menstrual cycle. Although the data did show that ovulation had an impact on women, it was a much simpler and more straightforward one than what had been discovered in the past. They found that ovulation changes the sexual motivation of women, but not much else. Women's sexual desire increased at times they were more fertile — though this wasn't the case for women who were on the Pill, suggesting that there is a chance the Pill lowers a woman's sex drive, at least during their fertile periods. Women also perceived themselves as sexier when they were fertile but, contrary to some earlier research, it wasn't associated with dressing more provocatively or any changes in their style.

What it didn't change, was who they were attracted to. Previous research had pointed to the idea that cycle shifts affected the type of man women were attracted to, meaning that women attracted to men would be more interested in "dad types" — who were reliable but not necessarily attractive — when they were fertile. This research showed no such correlation.

As this research shows, our lives aren't quite as dominated by our hormones — or the Pill — as some might like us to believe. It's a good reminder that your sex life and sexual destiny is in your own hands.

"Women can completely control the bedroom when they are in the right mood, you don’t really need a study to show this association," Sherry A. Ross, women’s health expert and author of she-ology.The Definitive Guide to Women’s Intimate Health. Period. "[T]his study supports the premise the women’s desire motivates sexual behavior all month long."

Although there were a few limitations on this research, including that it was focused on women from just a few countries, who were heterosexual and skewed toward young adulthood, one major drawback of this research was that it also just focused on women in relationships — the study authors indicated they'd like to include single women and see if that affects the results in the future.

It's interesting to see that, with such a large sample size, that ovulation actually has a very direct effect on your life, rather than a series of bizarre manifestations, like a sudden penchant for red lipstick and bearded men. Everyone is different, and understanding how ovulation affects your body can help you make more informed decisions about your birth control and your health.