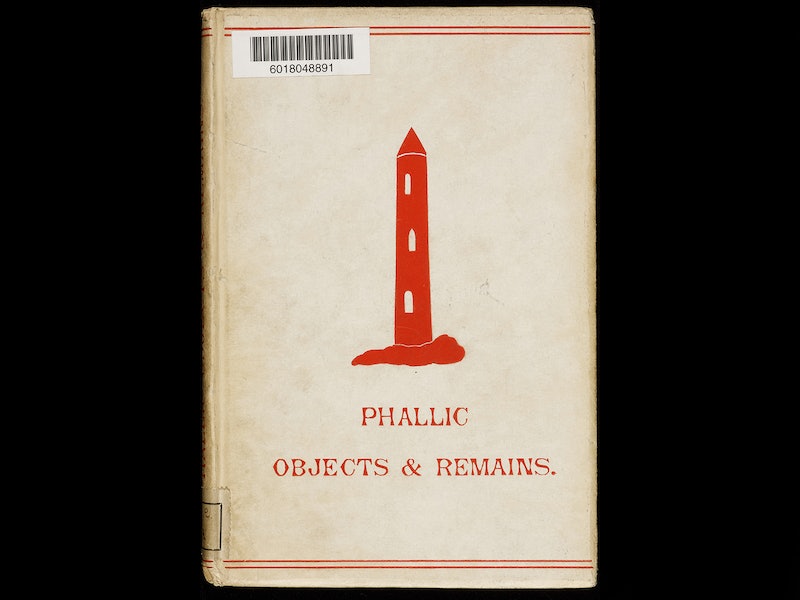 One titillating, new library collection has the whole world watching. The University of Oxford's Bodleian Library exhibit, Story of Phi: Restricted Books, displays a collection of "obscene" literature that the University kept away from prying eyes for centuries. The exhibit includes both literary classics, such as The Picture of Dorian Gray and Lady Chatterley's Lover, and modern-day reads, such as The Pop-Up Kama Sutra and Madonna's infamous coffee table book, Sex. A free public exhibit, Story of Phi: Restricted Books opened at the Weston Library's Blackwell Hall in Oxford, U.K., on Thursday, and will remain open to the public through Jan. 13.

Founded in 1602, the Bodleian Library has owned the approximately 3,000 items contained in its Phi collection for decades, in most cases, and for centuries, in others. According to a Nov. 6 press release, the Library amassed such a large number of "obscene" works because, "[a]s a legal deposit library, the Bodleian is entitled to a copy of every book published in the United Kingdom." The collection — and, by extension, the exhibit — got its name from the Greek letter Phi — Φ — which was stamped on the spine of each subversive, sexy read, including the ones mentioned above.

It's unclear why Phi was chosen to denote obscene literature in the Library's collection. Atlas Obscura observes that Phi is "a lone Greek symbol chosen, most likely, as a pun on 'Fie!' (As in, 'Fie on you for such prurient proclivities!')." A caption for Hargrave Jennings' Phallic Objects, Monuments and Remains: Illustrations of the Rise and Developments of the Phallic Idea (Sex Worship) and Its Embodiment in Works of Nature and Art, an 1889 book on display in Story of Phi, notes that "the Greek letter Phi (Φ) has itself been interpreted as a phallic symbol whose use may hint at the contents of the Bodleian’s collection."

Until 2010, Oxford students could only access the Phi collection with the permission of both university faculty and library staff. Although the measures may seem outdated in the 21st century, the Bodleian Library had a very good reason to keep the books secured away from the public. The Obscene Publications Act — an 1857 British law prohibiting the distribution of obscene materials and analagous to the U.S.'s Comstock Act of 1873 — made it possible for libraries and other institutions to incur legal consequences if they allowed individuals to access publications that might "deprave and corrupt those whose minds are open to such influences."

Keeping the Phi collection restricted also helped to preserve its materials for posterity. Prevented by law from circulating, many of the books and other materials labeled as "obscene" might have been lost to time, were it not for the Bodleian and other diligent libraries. As the Library's press release notes, Oxford "librarians have preserved culturally important books for the nation by actively acquiring works whose UK publication was prevented by obscenity laws."

Story of Phi: Restricted Books is curated by Jennifer Ingleheart, a Professor of Latin at the University of Durham in Durham, U.K. Ingleheart says that "The display invites visitors to consider the complexities behind what is currently in the Phi collection versus the hundreds of items that have been reclassified over the years, revealing how ideas about sexuality and suitable reading material have changed over time." Among the more prominent books in the exhibit are:

Far more than a titillating or corrupting experience, Story of Phi offers visitors a look at how Western society's concepts of obscenity and sex have changed over the years. Richard Ovenden — who, as the head of the Bodleian Library, holds the title of Bodley's Librarian — says that Story of Phi "shows the varied and sometimes surprising functions that libraries perform in order to preserve culturally important works for the nation and reveals how librarians have navigated the tension between making materials available for scholarly research while also protecting readers and books."

Story of Phi: Restricted Books is on display now at the University of Oxford's Bodleian Library. The exhibit will remain open through Jan. 13.