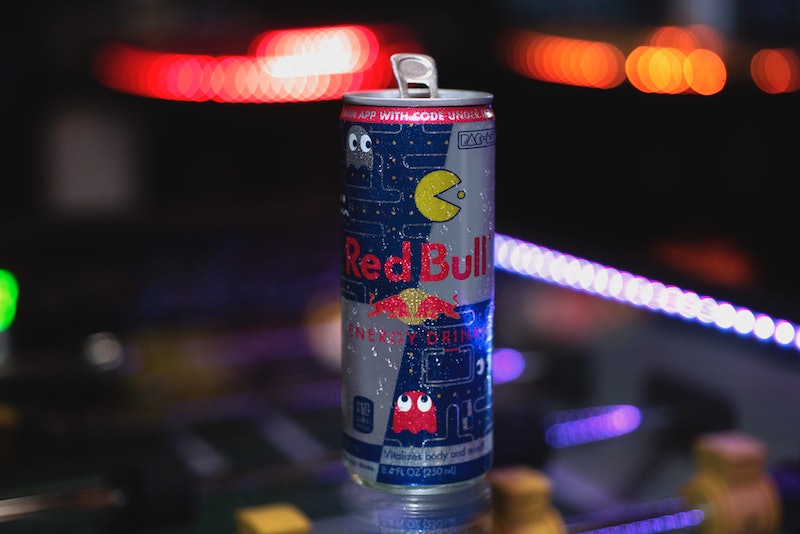 I can’t say that I expected to find anything like this in my inbox today, but now that it’s here, I can’t imagine not having it in my life: Pac-Man-themed Red Bull cans are a thing now. The cans not only feature fun retro gaming designs that will assuredly push your nostalgia buttons, but moreover, they give you access to a whole bunch of new content in the Pac-Man mobile app that’s available for iOS and Android devices. As both a gamer and a child of the ‘80s, I am clearly the target demographic for this wacky promotion. And I am very much Here For It.

Designed by Toru Iwatani — and, as any Scott Pilgrim fan will tell you, originally known as Puck Man — Pac-Man saw its initial Japanese release by Namco as an arcade cabinet in May of 1980. Its U.S. release occurred just months later in October of 1980, with worldwide fame following shortly behind. Interestingly, the game initially wasn’t as well-received as, say, Space Invaders, which Namco competitor Taito had unleashed upon the world in 1978 — but following the U.S. cabinet release and an Atari port, Pac-Man fever spread far and wide. In its first year alone, the arcade game generated more than a billion dollars in quarters, according to Today I Found Out.

Red Bull, meanwhile, is actually… not that much younger than Pac-Man, which I found surprising. Dreamed up in the ‘80s by Dietrich Mateschitz, the now-infamous energy drink originally launched in Austria in 1987, just a few years after Pac-Man hit the scene. As such, it makes a certain amount of sense for the pair of icons to team up — and to be fair, I can absolutely see Pac-Man as being… uh, let’s call it a Red Bull enthusiast. Gotta keep up that ghost-eating energy somehow, right?

I'll admit that it’s not totally clear why the collaboration between BANDAI NAMCO and Red Bull launched now. The Pac-Man app isn’t new; indeed, it’s actually pretty old in app years, originally having debuted on iOS devices in 2014. But you know what? Maybe the “why” of the whole thing doesn’t matter. The upshot is that right now, you can get cans of Red Bull with the outline of a classic Pac-Man maze sketched across its surface and embellished with images of the ravenous yellow disc and his ghostly frenemies, Blinky, Pinky, Inky and Clyde — and I do have to say, they’re pretty rad-looking.

There’s more to them than just their appearance, though. The cans also all include codes underneath their tabs which, when used in conjunction with the Pac-Man app, unlocks news mazes for your little eating machine to chomp his way through. (Note that the code is only valid through May 1, 2019, though, so it’s a limited time deal.)

It gets even better.

You know how annoying it is to see your little puck-shaped avatar approaching a ghost it cannot eat because you haven’t managed to ingest a Power Pellet and knowing that you are powerless to stop Pac-Man from running headlong into is own demise?

There’s a solution to that problem in the Red Bull levels. Per the press release, which was provided to Bustle via email:

“A first for the franchise, PAC-MAN can eliminate Ghosts in their non-edible form, but only after chomping a Red Bull can when it appears in the maze.”

IF YOU DRINK A RED BULL, YOU BECOME CAPABLE OF EATING GHOSTS.

Of course Red Bull gives you the power to eat ghosts. That is glorious, and I love it.

The limited edition Pac-Man Red Bull cans are available individually in two sizes — 8.4 fluid ounces and 12 fluid ounces — as well as in four-packs and 12-packs of the 8.4 fluid ounce size. Pick ‘em up while supplies last. Oh, and don’t forget to head on over to the Red Bull Pac-Man site; there’s a fun little soundboard there full of Pac-Man noises you can play around with there. It is an excellent procrastination tool.

Download the Pac-Man app for Android and iOS devices for free on the Google Play and iTunes App stores.