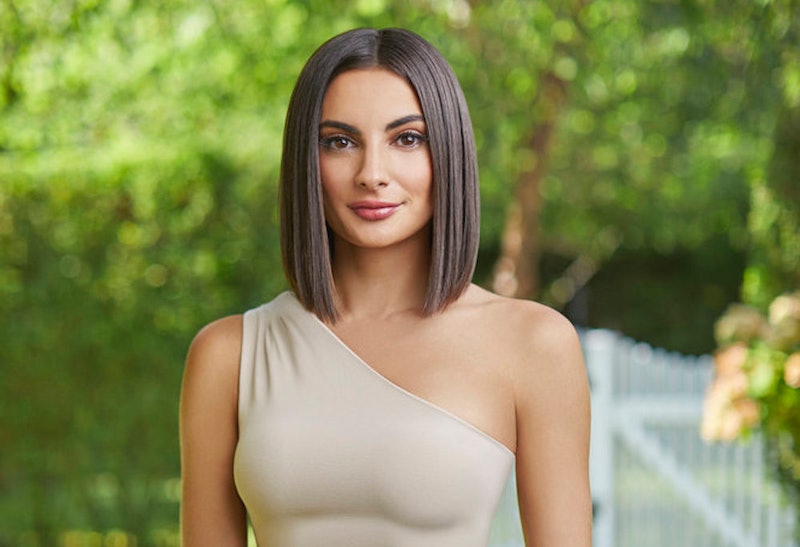 It may still feel like winter outside, but it's warm on Bravo thanks to Season 3 of Summer House. This year there are three newbies in the cast, Jordan, Hannah, and Paige all joined Summer House Season 3 — and Paige is already sorta regretting signing up for this drama fest. "I'm already like, I need to call my mom; this was a huge mistake. I shouldn't have been in this house," she joked after a night one house fight about who was going to eat dinner where and with who.

Paige seems like she'll be one of the most relatable stars in the house, mostly because she sees how ridiculous everyone else is being. "I think dinner is the best meal that you can have," she said, adding that she was confused about why everyone else was making it so stressful. "Eat your slider and shut it," she also added during an in the moment interview about yet another dinnertime argument. Preach, girl.

She definitely has a way with words and one-liners, and it might have a little something to do with her day job. According to her LinkedIn, Paige is a fashion writer for Betches. That's where she also knows the other two Summer House newcomers from. Hannah was a video producer for the brand until December 2018, and Jordan was in client relationships up until November 2018. They've both since moved on to other projects, and only Paige has stuck around with the company.

Her author bio page shows that she's mostly focused on writing articles about how to get celebrity style for less. One of her most recent articles is "Where To Buy Kylie Jenner’s Most Iconic Outfits," where Paige instructs readers how to re-create Jenner's glam looks for pennies on the dollar. Oh, also, it's worth noting that Paige writes under the totally pun-tastic name Paige Six.

That's not the first time she's used her name in a creative way for work. She also used to have a YouTube show called Front Paige News where she would dissect all the gossip of the day. She doesn't upload content to that YouTube profile anymore, but she has moved Front Paige News over to her Instagram stories — so you can still get all her hot celebrity takes there.

It's clear that Paige takes her career seriously, and her Bravo bio says as much, calling her a "sharp entrepreneur that is all about her business as a freelance fashion writer and ultimate fashionista." The bio also accurately notes that she's a "fiery and opinionated Italian [who] isn’t afraid to tell it like it is." So far, her commentary has brought the lightness and hilarity that this show needs.

But she could bring the drama too. Her Bravo bio says she's not afraid to "leave a pile of broken hearts behind in the dust." On the show, she's already in a flirtation with Jordan and seems to also be interested in Carl, so the romantic drama could be coming sooner rather than later for her. Just hopefully not in time to ruin another dinner.